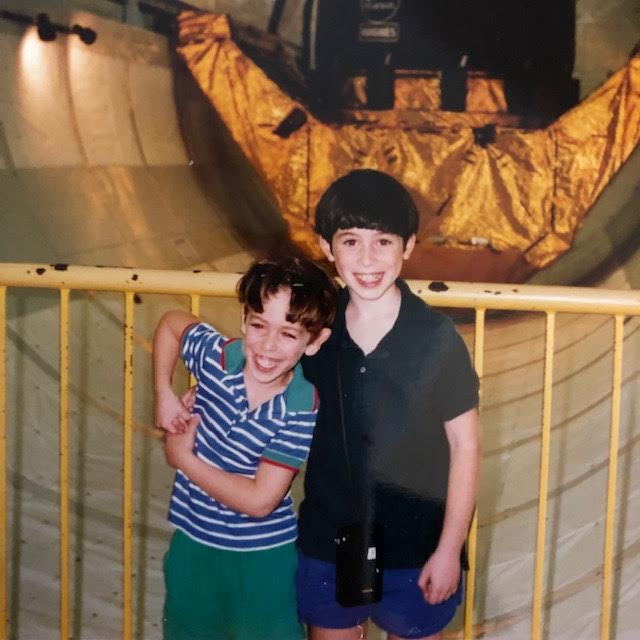 I have always been able to pay attention for long periods of time, though checking my phone does cause something of a distraction these days. I do think devices have given my husband a much shorter attention span. He can’t just sit and wait. He must always be occupied. He plays games on his phone constantly, or will start some awful TV program if I can’t come into the den IMMEDIATELY! I find his behavior unnerving.

But living with a person (no longer a child) who truly has Attention Deficit Hyperactive Disorder is quite another issue. As she will often say to me, “You don’t understand how my brain works”. She is correct. I cannot be inside her mind, nor truly understand the plusses and deficits caused by the chemical imbalances in her brain. When she is truly intrigued by something, there is no tearing her away from the activity (where it was a video game, as a child, or programming something she’s working on – usually for pleasure – right now). But if the pursuit is NOT interesting to her, she cannot force herself to “JUST DO IT”. She is not a spokesperson for Nike. And that can cause friction around job functions. I used to think she was procrastinating, but she claims she can’t force herself to pay attention. I truly do not understand how that feels and often wonder how much she can fight against that feeling, versus give into it.

She was first diagnosed at the age of four, and began on Ritalin in kindergarten. Mercifully, she was never the kind of kid who was in motion, running around like a demon all the time, but her brain is very active, so sleep was difficult and she is very sensitive to noise. If I came and checked on her in her crib and cracked my knuckles, or the floorboards creaked, it would wake her up. So unlike David. We could vacuum under his crib and he’d sleep through the noise. This was a whole new world for me.

We found that Ritalin stopped the constant leg-kicking, but didn’t actually help her pay attention, and so severely depressed her appetite and ability to sleep, that by 5th grade, we took her off it altogether. Before then, I couldn’t give it to her in the afternoon as it didn’t leave her system by the time she needed to eat dinner and go to bed, so I’d sit with her while she did her homework. I called myself “virtual Ritalin” and kept directing her back to her homework, as her attention wandered.

We tried every other form of medication used for ADHD. Nothing worked. In 5th grade, she was diagnosed with Asperger’s syndrome (now “autism spectrum disorder”, which is a much-less useful descriptor, and in 7th grade, with a mood disorder, which got her out of the public school system into a special education school, 18 miles away from Newton, but Newton paid and provided a van for the several students who attended). By this point, she was a walking medical experiment; we tried so many different medications throughout the years. Nothing really seemed to address the attention issues.

She want off to Brown University in 2007. She had some special-need requests granted. She could take her tests untimed, take a smaller course load. We hired someone that first year to work with her and keep her on-track. We found her a good therapist within walking distance of campus. She did well at Brown, had good summer internships at tech companies in Silicon Valley every summer and went to work for Apple out of college. She has lived alone in California (sometimes with roommates, sometimes without) ever since.

But the lockdown was brutal for her. Is she getting her work done now? Is it not clear to me that she is. One must be self-motivated and she no longer enjoys the work she is doing. That is a real conundrum for her. She is being paid by the company to produce work. She is very bright, but how does one motivate someone who cannot pay attention? I do not have the answer.

It Won’t Be Long
by Suzy