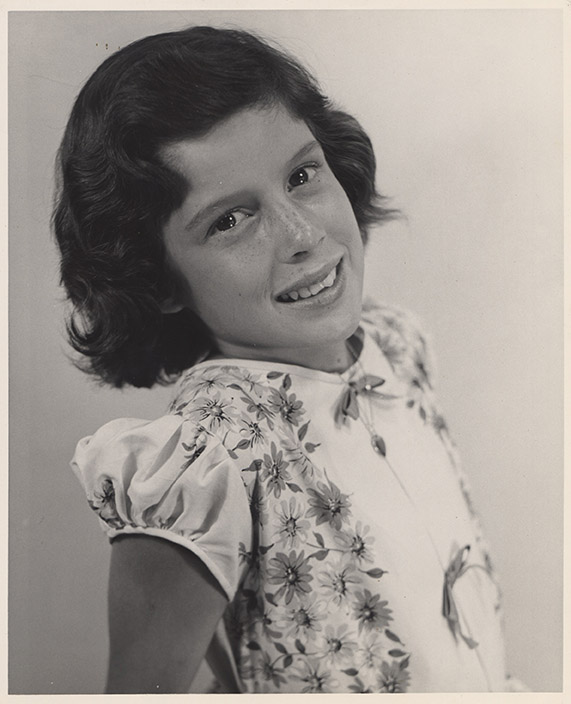 I grew up in Hollywood and just knew I’d end up famous. My mom was a top talent agent, my brothers co-starred in a TV series, and we regularly rubbed shoulders with celebrities.

As a budding talent, at 13 I auditioned for Gidget (Sandra Dee got the part) and, at 14, Pollyanna (Hayley Mills got that one). Alas, I was shyer, scrawnier and frizzier than pretty much every girl I competed with, yet compete I did as I was sure the right role would release the extremely cute and bubbly teenager that lived inside me.

I’m 15, perched on a chair in a waiting room filled with girls my age—mostly blondes—and their mothers. When my name is called my mom licks her fingers and tries to smooth down my hair, reminds me to “sparkle,” and I jump up enthusiastically as if I just can’t wait to go in and be judged by the five serious-looking adults sitting at a long table, hands folded in front of them. One smiles and reaches out for my head shot, asks me to “stand over there” in front of the bright lights, pose for a Polaroid, and now tell them a little about myself while a camera rolls.

As a budding talent, at 13 I auditioned for Gidget (Sandra Dee got the part) and, at 14, Pollyanna (Hayley Mills got that one). Alas, I was shyer, scrawnier and frizzier than pretty much every girl I competed with, yet compete I did as I was sure the right role would release the extremely cute and bubbly teenager that lived inside me.

But this time I do book the part. I am ecstatic; I have been chosen! I’m cast in an episode of Playhouse 90 called “In the Presence of Mine Enemies.”  My role is what’s known in the Industry as a walk-on, but it’s more accurately a “recline-on”; I play a gaunt girl who has, blank eyes staring, starved to death in the street during the Holocaust. I don’t blink, don’t move a muscle, and am praised for my fine acting by the esteemed director. 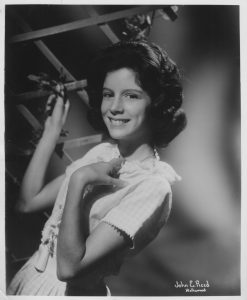 As it turns out, this marks the beginning and the end of my acting career. After about a dozen more auditions that I fail to book, I quietly retire from the profession. Without really thinking about it, I tuck my dreams away and play it safe to avoid drawing attention. In school, seemingly invisible, I skitter along the perimeter, nose against glass. Even in bright sunlight, I barely have a shadow. But, I grow up. And I start dreaming again. I want to make a name for myself. Maybe it’s the Hollywood syndrome, or maybe I have something to prove.

Now it’s the 70s, and I’m in my 20s. My first full-time job is at Universal Studios, because there’s more than one path to a star on Hollywood Blvd., right? What I don’t know then is that young men start out in the mailroom and move up up up to writer, producer, or director. Young women start out in the steno pool and move up to… secretary. I become the resident hippie secretary. My boss is cool…I wear a hooded cape and bring my dog, Bosco, to work, and I supplement my income making pot brownies and cheesecakes (without pot) for several of the guys on the lot. Word spreads, and eventually I’m making almost as much selling baked goods as I am working as a secretary. So with Famous Amos and Mrs. Fields as my role models, I decide to quit my day job and make cheesecakes for a living, which, long story short, proves to be a short-lived living.

Because I meet a man. THE man. We get married. Turns out he wasn’t THE man. We get divorced. Now I’m in my 30s, and a single mother. After three years of arduous training, I’m a certified court reporter and working my ass off. It’s a lot more stressful than I imagined it would be, and I have the migraines and fluttering heartbeat to prove it. And, I still can’t seem to make ends meet. I have an idea! I’ll move to Hawaii…trade in my high heels for flip-flops! And there I open a tiny restaurant, call it Pot Luck, and specialize in—you guessed it—cheesecake. In just four years I sell it, breaking even.

I embark on one idea after another. Before I even have a chance to succeed, I bail and move on to the next. I’ve become a serial…idea maven!

In my 40s, I move back to L.A. and start a greeting card business, and in my 50s move to Vegas because, a near lifelong poker player, I now have an idea for a line of cards for casino gift shops. You know, “As friends go, you’re aces,” and “Wishing you slots of luck on your birthday,” Oh, and this Christmas card I have illustrated by a talented cartoonist showing a casino filled with Santa’s elves and reindeer: “‘Twas the night before Christmas and all thru the casino, Santa’s elves were playing blackjack, roulette, and Keno. There were several at the slot machines, you could spot them by their caps, one or two played stud and another one shot craps.” It goes on, but I’ll stop. Yes, tacky, but also moderately successful.

Then it hits me! Oprah Winfrey! She should have her own line of cards… affirmations with upbeat artwork – “Aim High!” “Passion is Energy!” “Think Like a Queen!” – her audience will gobble them up! So I call Oprah, leave a brief message, don’t hear back. Send an introductory letter and a few sample cards. Don’t hear back. Finally I send her a package via Federal Express. That’ll get her attention! Not long after that, Oprah is in my living room, on my TV. She looks into the camera, right at me: “I just want to take a moment to thank you for taking the time to write,” she says, “and to apologize if you haven’t heard back from me. Folks, I get a LOT of mail.“ And as she’s speaking, staff members are carting out wheelbarrows overflowing with mail. And then she adds, “And I gotta love all y’all who send things by FedEx just to make SURE I open them,” and out come more wheelbarrows filled with packages bearing that familiar purple and orange logo. Never did hear from Oprah.

No, I’m not even almost famous, but I’m finally comfortable in my own skin. Still, the ideas keep coming…Hawaiian cookies in the shapes of the islands! Bite-sized cheesecakes in exotic flavors! A courtesy horn to politely get another driver’s attention…beep-beep-beep!

The Dreamer
by Marcia Richmond Liss

The Kiss Messenger
by Charles Degelman

Fame by Proxy
by Suzy

Fame is Not the Same as Success
by Laurie Levy