Prompted By The Garden
14 comments. 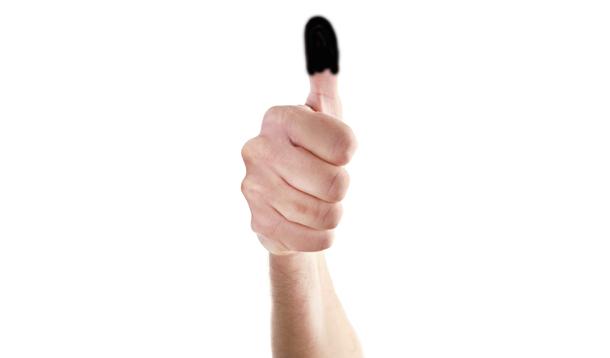 I have always loved gardens and flowers.  Looking at them, that is; I’m absolute rubbish at growing them, or just keeping them alive.  So not a green thumb, but a black thumb.  Hence the featured image.

In college, I was so bad about keeping plants alive (try as I might), my roommates presented me with a plastic philodendron in a pot, whom we named, of course, Phil. I proudly displayed Phil on my windowsill and my roomies were convinced that I would probably figure out some way to accidentally melt him down or at least tip him out the window. But, happily, Phil survived college and law school and, for a while, my various offices.

Sadly, I do not have a photo of Phil, but I did find that Wayfair is currently selling “faux” potted philodendron which (who?) closely resemble Phil: 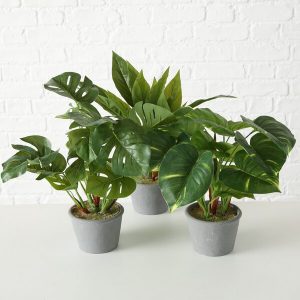 In 1982, I took a new job and our offices were in a skyscraper on Park Avenue.  However, due to a space shortage at the time, I was temporarily assigned to an interior office — certainly not commensurate with my exalted status as a fairly senior attorney, harumph, harumph. So, in my passive-aggressive fashion, I took a photo from the window of an exterior office of one of my colleagues, complete with drapes and venetian blinds and with a view looking out towards the East River.  I then had the photo blown up to life size and mounted on poster board and I hung it behind me desk.  Then I placed a small table in front of it with Phil on it. In other words, I had a faux window letting in faux sunlight on my faux plant.  I felt pretty faux good!

Eventually, I got my exterior office and also, as I moved up the corporate food chain, had beautiful plants supplied to my office and tended to by actual plant specialists to ensure that the plants thrived or were quickly replaced if they didn’t.  So I finally retired Phil.

In my prior life, I had — and my former wife still has — a lovely weekend/summer home in Oyster Bay on the north shore of Long Island.  (Right next to Teddy Roosevelt’s place, Sagamore Hill, if anyone cares to stalk.)  Surrounding the pool were planters made out of the bottom halves of old barrels filled with beautiful flowers (don’t even bother asking me the flowers’ names).  Here is another image courtesy of Wayfair to give you an idea: 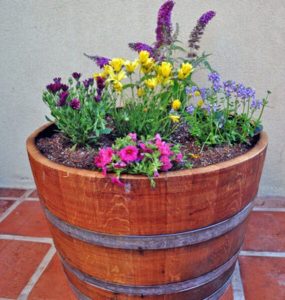 Well, I watered  those flowers early and often, convinced that more was better, until they started to wither and die.  I was then basically made subject to a watering restraining order issued jointly by my wife and our landscape service so that the flowers could have a fighting chance. I just could never convince myself that they had had enough water, particularly during droughts.

Finally, at my wife’s urging, we had our lawn sprinkler service company modify the system so that all the flower barrels got sprayed by the sprinklers, rather than by moi, every other day for exactly forty five minutes, and that worked perfectly.  And, shortly after that, our marriage broke up.  I think I had been made redundant.  But I was at least relieved that, New York by then having become a no-fault divorce state, my overwatering activities did not have to be set forth as one of the complaining grounds in the court papers.

My current wife and I now live in a condominium complex, so there is virtually no need to test my watering skills, or restraints thereon, other than on the two planters on our front porch and a window box on our patio. As a recovering over-waterer, I think I am doing a good job, but every day it is a challenge not to just keep watering.  Here’s a picture of them still alive as of today (I haven’t watered them since, well, yesterday) : 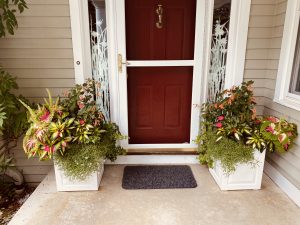 However, temptation is still being thrown dangerously my way.  One of our neighbors has graciously set up a bench and two planters on the cul-de-sac that is closer to our place than hers.  In a pique of civic responsibility/insanity, I promised to water those as well and save her the trek.  So far, so good: 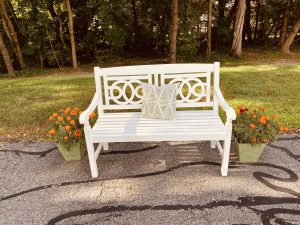 But I am acutely aware that over-watering on this community property could result in severe action against me by the condominium association, up to and including eviction.  So I am doing my best to exercise aquatic restraint.  And praying for an early frost.

Totem Salmon — fruit from a different garden
by Charles Degelman