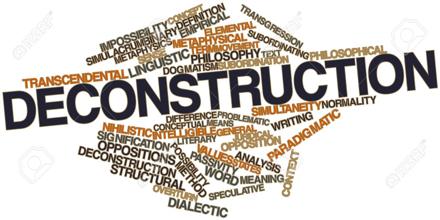 This is a great prompt.  And it is also very difficult, at least for me, to respond to.  So let me try to deconstruct it instead.  Though I do this with some reluctance.

The last time I tried something like this, it was on a consumer protection final exam in the second semester of my third year of law school.  And, in that case, I did it because I thought the question — which was the whole exam — was a lousy one.  So, feeling the faux confidence of being nearly a lawyer, combined in no small part with this being a pass/fail course in my last semester, I decided to tell the professor why it was a lousy question.  In fact, it really wasn’t a question at all.  It asked us to draft a speech for Bess Myerson, who was then the NYC Commissioner of Consumer Affairs.  In my near-infinite hubris, I opined that there was a much better question he probably meant to ask to elicit our mastery — or not —  of the course material.  I then proceeded to answer that question instead of write the damn speech.  Well, I got my pass, but I’d hate to think what sort of grade I would have gotten had the test not been pass/fail. And I never tried pulling a stunt like that when I was a real lawyer.

But I shall deconstruct again among the — hopefully — more sympathetic audience of fellow Retro story tellers. Here is why I think this prompt is so difficult and, for me, impossible to respond to: because it requires the occurrence of two very rare and independent events.  Let me try to explain.

As with all deconstruction analyses, we must start with the text itself.  The prompt reads: “[C]an you remember a [chance] encounter that had a profound impact on the moment or led to unexpected opportunities?”  So, first we need a “chance encounter,” which means one that you could not have anticipated.  At first, I considered my re-meeting with my now-wife at our 25th high school reunion.  But, really, how much of a “chance” is such an encounter?  To the contrary, I would bet that some ridiculously high percentage of people go to these reunions precisely in hopes of seeing someone they had had a crush on. At the time I went, I was (pretty) happily married to someone else and I didn’t know who exactly was going to attend.  But the fact that Kathie, my eighth grade crush, was there was hardly shocking; most of the class was.  If I had somehow bumped into Kathie at a Starbucks when I was working on a case in Seattle in 1992, that would have been “chance.” But not so much at our high school reunion.

So I rejected this scenario as failing to meet the “chance encounter” test, even though it obviously met the “profound impact” test. (I take marriage seriously.)  And when I asked Kathie about this prompt, she agreed about our reunion, but suggested possibly my parents’ re-meeting in New York after having gone to college together at the University of Wisconsin.  Again, that sure had a “profound impact” on not just them but me (as in my birth), but I don’t really know the details of their re-meeting and think that they were just part of a group of college pals who all ended up in New York — that, in itself, is hardly a coincidence — and stayed in touch.

Conversely, though I have had dozens of “chance encounters,” I can’t think of any that have led to a “profound impact” on my life.  When trying to think of such encounters, I usually come up with situations where I have bumped into friends or relatives of mine while traveling in Europe. Clearly, these count as “chance encounters,” even if excluding all the “Well, I knew he was going to be in Paris about the same time, but I didn’t know exactly when and we had not planned to get together” scenarios.  But when I think of the impact of these encounters, they typically resulted in “…and then we had a really nice dinner together” or “..and then we decided to take a cab to CDG together the next morning” sort of things.  Pleasant, to be sure, but hardly “profound” in their impact, even if he or she picked up the dinner tab or cab fare.

Bottom line, as is probably pretty obvious from all this nonsense I have written above, is that  I simply cannot come up with an example in my own life, or even my parents’ lives, that meet my (deconstructed) definition of this prompt.  So I’ve chosen to simply talk about this prompt a bit, rather than actually answer it, just as I did the non-question on my consumer protection exam. And, again, I pray for the indulgence of the Retro tribe so that I at least get a  “pass” for my efforts this week.

By the way, I think this would have counted if it had happened to me: 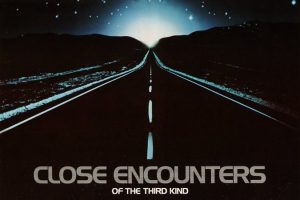 I very much look forward to reading all of your stories about truly “chance encounters.”

14 Responses to Deconstructing this Prompt