Prompted By The Eyes Have It
15 comments. 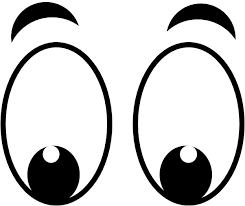 Originally, I thought I had no new stories for this prompt.  So I did a RetroFlash which linked back to a story from a couple of years ago about taking my driver’s test during the Blackout of 1965.  (I do not believe that breaks the Official RetroFlash Rules.)  But, as I later on the same day went for a walk on our golf course — I do that a lot, and it is much more conducive to contemplation than playing golf on the course would be — I did remember one eye-related story from my childhood that I thought I’d share.

By way of brief background, my brother and I often had as a babysitter a neighborhood teenager named Judy.  Judy was smart and fun, albeit maybe a bit too smart and fun: she was often prone to practical jokes.  (Come to think of it, so were her parents and her brother; clearly, these things run in some families.)

One night, when our parents were out, Judy was our babysitter.  I was four at the time and my brother was six.  As was usual at the time, Judy was giving my brother and me our mutual bath before putting us in pajamas for bed.  Obviously, Judy and my brother must have planned this beforehand, because suddenly Judy leaned over the tub and looked at my eyes very closely and exclaimed, “Oh dear, you have eyeballs in your eyes.”  Then she repeated it, apparently even more concerned: “Oh dear, you do have eyeballs in your eyes.  You’re going to have to have an operation!”

At this point, my brother turned around (he always sat in the front of the tub, for some reason) and also looked me in the eyes and repeated what Judy had said: “You have eyeballs in your eyes; you’re going to have to have an operation!”

Now, I’m four years old and have no idea exactly what an eyeball is — though, with a doctor father, I knew plenty about operations, and none of it good — so I found their exclamations startling, to say the least.  As they kept repeating this mantra, and in an even more troubled tone, I went from uncomprehension to absolute terror.  Soon I, too, was repeating, “I have eyeballs in my eyes!  I’m going to have to have an operation!” and bawling my (aforementioned) eyes out.

Judy got us out of the bath, toweled us down and put us in our pajamas.  I was still a crying mess as this was being done, so she oboviously decided it was time to come clean, so to speak, in all respects.  She explained that eyeballs were absolutely normal and, indeed, they were the round colored centers of everyone’s eyes.  And, most importantly, no, I would NOT need an operation.  This was all a joke.

As Judy explained this to me, and my brother chimed in that it was all just a joke, my crying became sniffling and finally stopped.  Then I was just angry.  But I was also exhausted by this point from the whole misadventure, so I simply crawled into bed and quickly went to sleep.

The next morning, still angry, I told my parents what a mean trick Judy and my brother had played on me.  They nodded gravely and said they would have a stern talk with both of them.  But, in retrospect (ahem), I am willing to bet that they were doing all they could to keep from laughing out loud as I told them my horror story — especially since I’m sure Judy had fully recounted it to them before she had left that night.

Of course, I ended up forgiving both Judy and my brother and I’m hardly scarred for life. Indeed, I joke about this episode from time to time with my brother, who also remembers it well.  But, as was this case with this week’s prompt, when someone simply mentions the topic of “eyes,” it’s still not too long before the episode comes back to my mind. 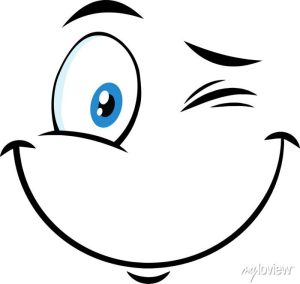 “To see into another’s heart, Eyes are the place to start”
by Jim Willis