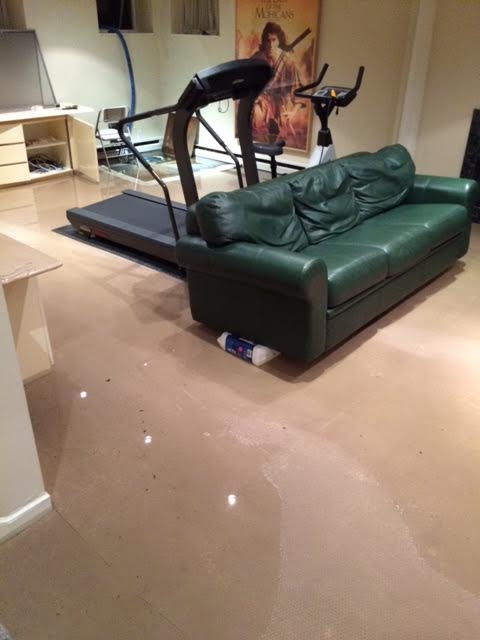 The call came very early that August morning in 2007. We were both still in bed on the island of Martha’s Vineyard. I heard the voice of my Brazilian cleaning lady from my house in Newton. She was very upset, talking quickly, “The toilet in Jeffrey’s bathroom broke. There’s water everywhere. I’m trying to mop it up, but there is a lot of damage. Come as soon as you can.” Jeffrey and I had been home 12 days earlier. Had water been running for 12 days?

Dan threw on some clothes, packed a bag and ran for the ferry. It isn’t easy to get off the Vineyard in the height of summer, but he got home that day. I called our plumber, who got right over to the house and turned off the water at the main and found the source of the problem: a broken valve on Jeffrey’s toilet. It had ruptured and water spurted out…for how many days we didn’t know. He also called an experienced clean-up crew. They pulled up carpet, pulled out walls, took everything down to the studs to ensure mold didn’t grow. We’ve used them ever since…too often. We’ve had wet basement problems, but that’s another story. We have great insurance coverage also, as it turns out and the adjuster met Dan at the house the next day. Water causes incredible damage.

The Newton house is a one story contemporary with a finished lower level. Jeffrey’s bathroom is just above the stairs leading to the lower level and out into the public space in the house as well as his bedroom. The water ruined the floors of his room, the floors of the main space (all the hardwood in continuous), seeped downstairs, the baseboards, the walls. It looked like it had rained in the lower level which was finished to the same high quality as the upper level, with detailed trim on the ceiling, carpeted floors, original artwork on the walls. The doors into the furnace room had to be axed to be opened, as they were so swollen from water. All the carpet was ruined, into the furnished basement and beyond. My husband took the drawers from Jeffrey’s bureaus and put them up in his brother’s room. He would leave for college in a few weeks and we would have to pack him while his things were in tumult. The particle board furniture from his childhood was ruined.

We have done enough renovation through the years that we knew what contractor to call to supervise this mess. We have an expensive home and have always used top-drawer insurance companies. The adjuster was a dream to work with. He took one look at everything, met with the contractor and just said, “Give me the receipts for the work as you go along”. What a relief! We got our money’s worth. We had a high deductible, but found that for a large claim, the deductible is waived! We bought new furniture for Jeffrey’s room, nicer than he had before. The adjuster asked for the receipt. We explained that it was better than the old particle board furniture that was replaced. No matter. He paid for the new furniture. All told, it was a $100,000 claim. All was completed as quickly as could be done and to our satisfaction. No haggling, a nightmare made easier by a great experience with a professional insurance company. All those high premiums really paid off.