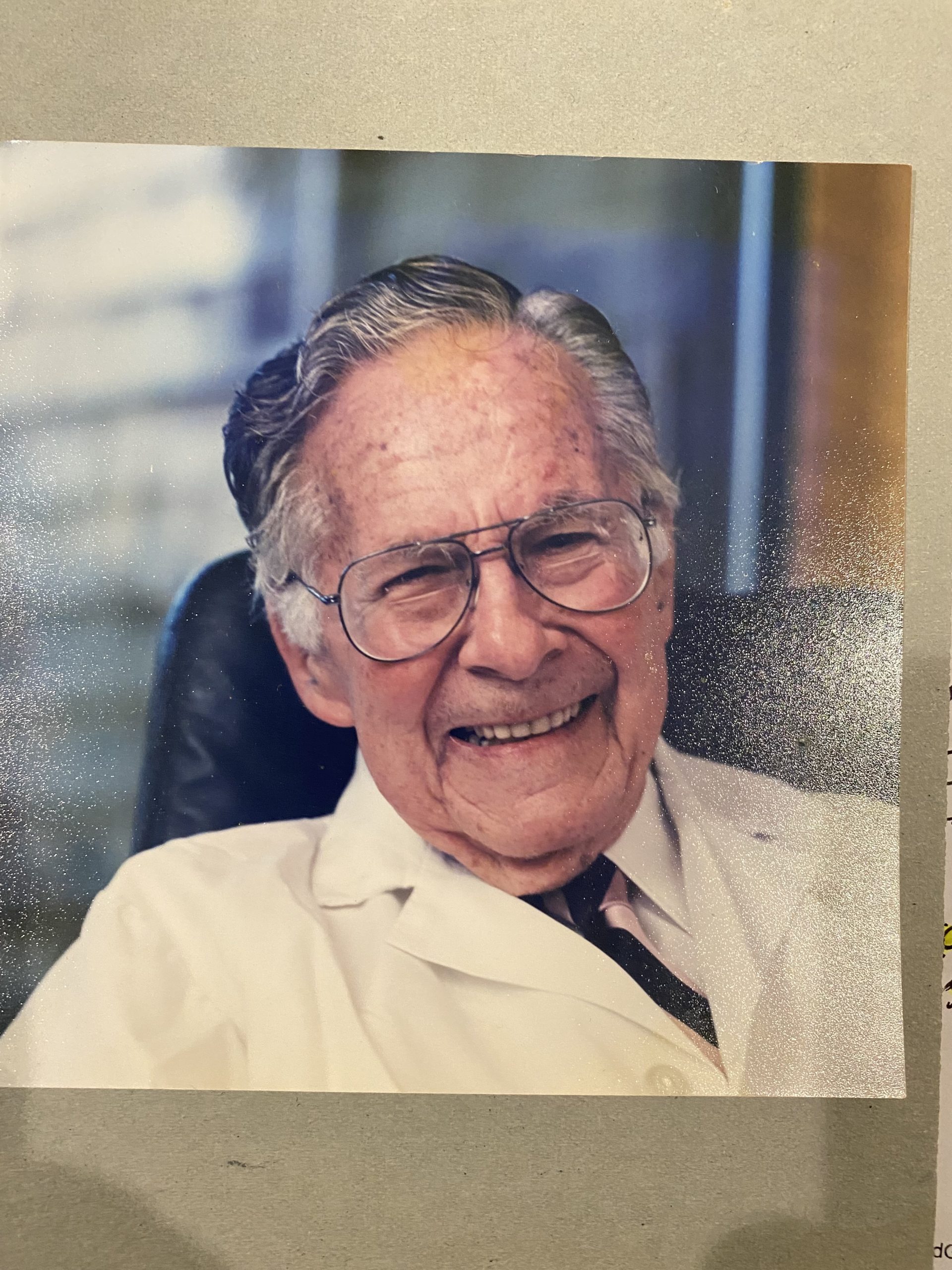 My experiences in response to this prompt are probably very different from those of many other Retro writers, but, I think, fairly routine for a certain subset of us, and others of our generation.  I speak of those of us who are the children of doctors (“COD”).

My father was a doctor – an orthopedic surgeon —   and very much a doctor at all times.  He certainly looked “doctorly,” and I was even able to find, and use as the featured image, a picture of of him wearing his uber-doctorish white lab coat.  He finally retired at age 80, and was for a good number of years thereafter an unhappily retired doctor more than anything else.  But, to me, even then he still oozed of his former profession (“doctrinaire?”).

In any event, being a COD – for which one could take neither responsibility nor blame – had both good points and bad points for a kid. I spell some of them out below:

17 Responses to Is There a Doctor in the House?