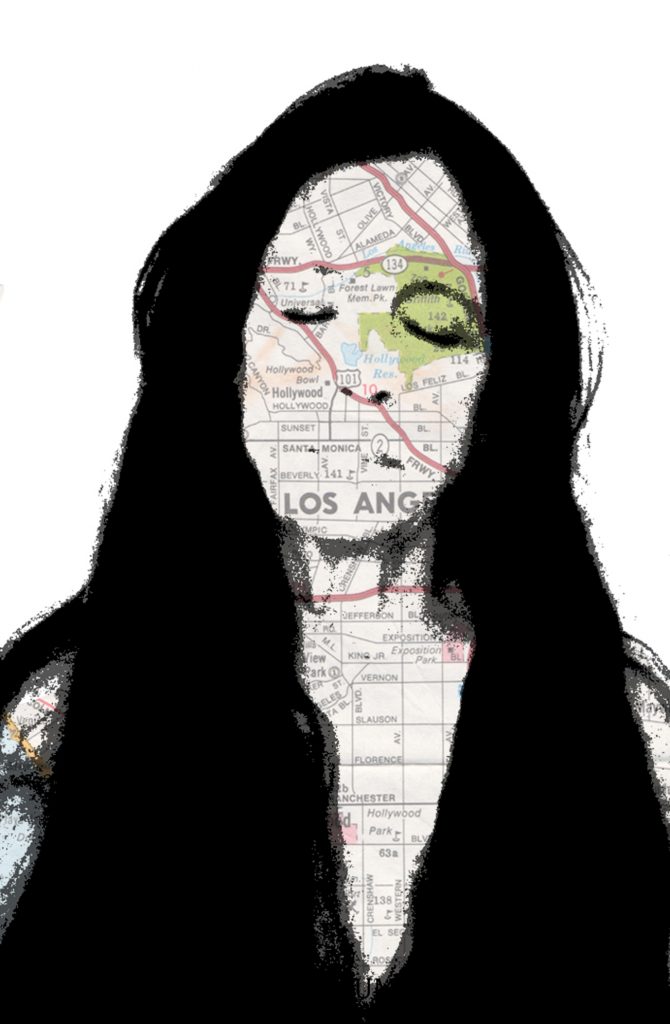 1973. David is incarcerated in the desert. They call it a rehabilitation center, but it’s a state prison . . . armed guards in towers, barbed wire, electronic gates. A visiting room where you’re not allowed to touch each other. Erin is about six months old, and every Saturday we make the two-hour trek in my little green VW bug to visit him, traveling on freeways I’ve never been on before, through areas of the city I’ve never been in, to a county I’ve heard called the armpit of L.A. I thought about moving out there to ease the drive, rentals were dirt cheap, even went so far as to make an appointment to look at one that sounded promising. It turned out to be a commune-type setup with funky little cottages painted in Day-Glo hues of orange, turquoise, purple and yellow. Miles off the main highway and set back in the desert scrub, it felt a little too Spahn-ranchlike so after pulling into the narrow driveway, I slowly backed out without stopping to talk to anyone, gravel crunching noisily under my tires. Charlie Manson’s killing spree in 1969 has left a pall over hippiedom.

We hit it off, our kids gurgle at each other, she could use some help, and the next thing I know I’m serving quiche Loraine, gazpacho, green salad, fruit salad, peach tarts, sparkling water and wine to about thirty members of the cast and crew on an old western set in Chatsworth.

Since David went behind bars, I’ve been couch surfing, Erin and Bosco in tow. I put most of our stuff in a small storage unit and spread the word that I’m available for house sitting, pet sitting, plant sitting, sitting of any kind. Our friends Michael and Madeline, rising steadily in the pot peddling hierarchy, have bought and are now living in a quintessentially charming cottage on Holly Place in Laurel Canyon set amidst lush greenery and decorated in the style of the day . . . Indian bedspreads, macramé planters, oriental rugs, and lots of warm wood. They ask me if I’d like to house sit for an entire month while they’re in Mexico, and I jump at the chance.

Truth be told, housesitting is almost as much curse as blessing. Sure, it means I can hang out in some really nice homes, but I always feel a skewed sense of entitlement, like this is where I was meant to live, where I belong. And then the rightful owners are due to return and I have to pack up the few things I’ve brought and clear out. It’s always a hard comedown.

Laurel Canyon begins just off Franklin about half a mile above Sunset — better known as the Strip — and wends its way through the west end of the Hollywood Hills, up over Mulholland Drive, and into Studio City in the San Fernando Valley. On the Hollywood side, it’s the hippie heart of L.A. . . .it’s where Graham pens “Our House” for Joni, and where she pens, “Ladies of the Canyon” for, well, the ladies of the canyon. Music is in the air, and the scents of patchouli oil, incense, pot — and even, if you’re lucky, hashish — waft on the breeze. The Country Store at the intersection of Laurel Canyon and Kirkwood is the hub. It’s also where I first become aware of what decades later will become the LGBTQ community. In a little boutique in a basement shop under the store, I’m struck by the array of vintage women’s shoes on display, all of them size 10 and larger. 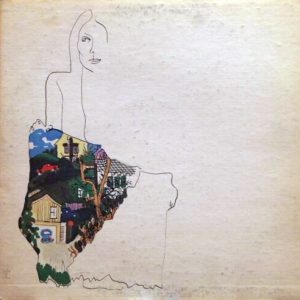 Joni Mitchell – Ladies of the Canyon

“Do you have these in a size 7 narrow?” I ask the clerk, holding up a pair of brown pumps.

“Ah, no, sweetie, and, um, this isn’t really a shoe store,” she says…I mean he says. They say. An a-ha moment if ever there was one.

So I move a few personal belongings into Michael and Madeline’s place and set up temporary housekeeping. One sunny afternoon I’m taking Erin and Bosco for a walk and meet a neighbor who lives across the street, Shondra. She’s a single mother and runs a catering service, Sister Moon, for film productions. We hit it off, our kids gurgle at each other, she could use some help, and the next thing I know I’m serving quiche Loraine, gazpacho, green salad, fruit salad, peach tarts, sparkling water and wine to about thirty members of the cast and crew on an old western set in Chatsworth.

Late one afternoon, soft light filtering through the sheer-curtained windows, blurry shadows of leaves skittering on the walls, I’m on the floor in front of the TV breastfeeding Erin — not knowing that in about two weeks she’ll begin biting and by the end of the month I will have weaned her — and we drift off. A soft knock on the front door wakes me. I disentangle myself, stand up, and even as I walk to the front door I notice it isn’t completely shut. I quietly step closer to it, press my hand very lightly against it, and ask, “Who is it?”

Yeah, right. With that I know something’s up and quickly try to push the door the rest of the way shut but a foot kicks it inward and a big dude comes at me with a gun in his hand. At almost the same time, another guy, he’s small and wiry, slams his way in through the back door, also gun in hand.

“Shut that fucking dog up!” Wiry guy, pointing his gun at my dog.

I close Bosco off in the bedroom. Erin wakes up and begins to bawl at the commotion. I scoop her up and she instantly notches it down to a whimper, naively feeling safe in my arms and now just curious about our unexpected company.

I don’t know why, but I don’t panic. It’s not like I’m telling myself to keep it together, but I notice something about the guy that came in the back door, something familiar. Then it dawns on me. It’s the sniffling — the guy is dope sick, jonesing. This is about needing money, and needing it now. It isn’t about hurting anyone. Someone must have tipped them off about Michael and Madeline being dealers and being out of town. There’s bound to be money on the premises, maybe drugs.

“Look,” I say to the big guy, who seems to be running the show. “I know what he’s going through,” I nod towards his buddy. “I know he needs to get well. I can dig it, my old man’s in jail for the same thing. But I don’t live here, I’m just housesitting for some friends. Here’s my purse, take whatever you want.”

He dumps the contents of my purse out onto the coffee table. There’s a $25 check from the catering gig and a little hard cash, mostly ones and loose change. He stuffs the bills in his pocket, leaves the check after thinking about it for a second or two.

The other guy starts poking around, opens a couple drawers, slams them. They look at each other.

“Hey, I’ll help you search the place,” I say. And that’s what we do. We rifle through drawers and cupboards, feel under the cushions and above the curtains, search the entire house. Nothing. Then I remember.

“There’s a shed in the backyard, maybe there’s something in there,” I say. The smaller guy goes to check it out but returns empty handed.

Finally the big dude says, “Look, man, you’re cool, but we can’t have you calling the police soon as we leave.”

They go into another room and, keeping an eye on me, hold a muffled conversation, then come back to where I sit with Erin. They usher me into the bathroom and have me climb into the tub and sit down, holding Erin in my lap with my arms in front of me. Then they bind my hands and my ankles with masking tape, put a strip over my mouth.

And then they leave.

I wait until I’m sure they’re long gone, then work my way out of the tape. It isn’t that hard. I walk over to the neighbor’s house and tell her what happened, ask her to keep an eye on the house. I call Michael and Madeline, leave a message on an answering machine, quickly pack up my shit, and I’m gone.