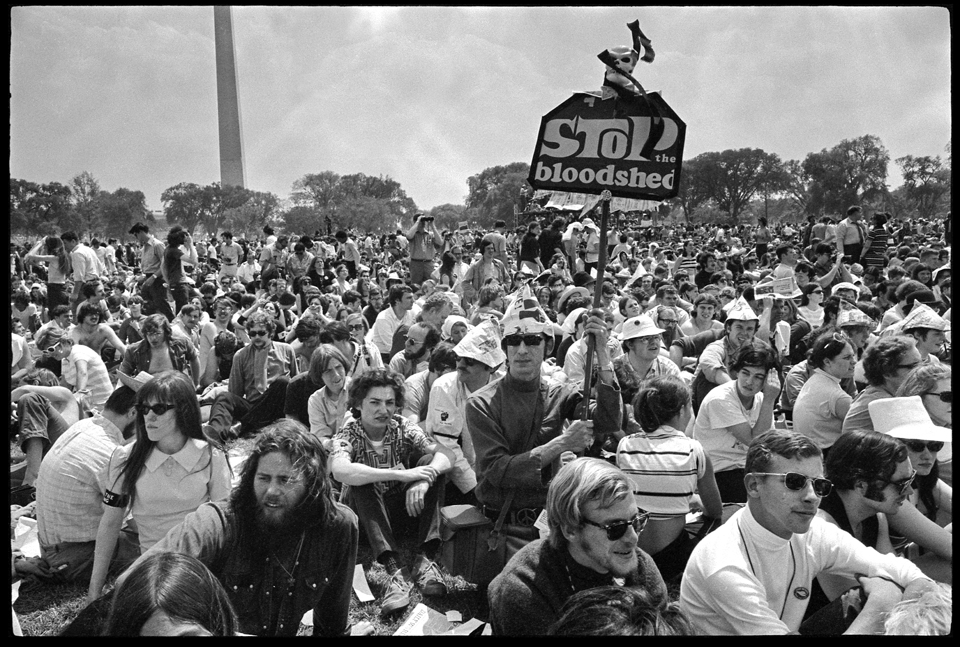 March on Washington May 1970

Not surprisingly, I can check the boxes in terms of attending the Vietnam protest marches during our college years: the rally on the Boston Common in October 1969, various marches and meetings at Harvard in the spring of 1969 and 1970 and, of course, the massive March on Washington in May 1970. But my participation in these is hardly noteworthy, nor does it make for a very interesting story.  (OK, there were the two dogs fornicating in the stands — or was it on the field? — during the mass meeting in Harvard Stadium in 1969, but that’s really more of a vignette than a story.  Though perhaps there is a deeper meaning there that I have missed.)

Indeed, as much as I was committed to the anti-war cause and wanted to show my support by participating, being just one of many in these huge throngs mainly just  reminded me of my own insignificant role.  I get it that the very fact of massive turnouts at protests is itself the point — much as it is with elections — but my ego seems to demand more.

But I did do my one small part in the March on Washington.  I had borrowed my mother’s much larger car  — you just couldn’t put a whole lot of protesters in a Karmann Ghia, even with the top down — and drove it down to DC with some of my college pals snugly aboard, including Suzy U., and we stayed at the home of one of Suzy’s sisters and her husband.

Friday night there was a vigil/procession that started at the Arlington National Cemetery and then went across the Arlington Memorial Bridge to the Lincoln Monument.  My main, non-political recollection of the procession was that we were all given as “torches” those damn tiny candles in Dixie Cups contraptions. To this day, I cannot hold one, let alone march while carrying one, without putting out the flame and/or scalding myself with hot wax.  So I spent most of the march simply trying to re-light to candle and/or tending to my burns, respectively. (I had the exact same problem attending an ecumenical Christmas Eve celebration at our local Unitarian parish last year, plus I was worried to death about burning down its beautiful 250-year-old wood parish house.)

Saturday was the main event on the Capitol Mall. I had separated from Suzy and my other pals before walking over to the Mall — I think I was trying to re-connect with a former girlfriend who had come down to the rally from Swarthmore — so I was alone when a middle-aged man strolled up to me casually.  There was no effort on his part to don bell bottoms and love beads to try to pass as “one of us;” the guy had a crew cut — in 1970 — and was wearing a grey suit, conservative tie and black leather shoes.  As a matter of fact, he could have passed as Bob Haldeman’s twin brother. So let’s just call him “J. Edgar.” 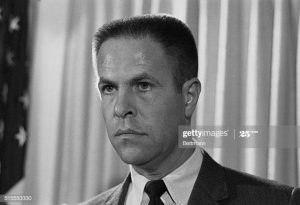 To state the obvious, it was awfully odd for a middle-aged guy to be hanging around near the Mall right then, let alone wearing a business suit — this was a Saturday, after all. So I didn’t have to be a genius for the “FBI! FBI! ” alarm to go off loudly in my head. Anyhow, J. Edgar came up to me and said something in a very friendly manner to the effect of “Hi, son, I’m a businessman from Ohio here in DC on business and just was curious as to what you kids are up to.”  Carefully picking my words, I explained that the protest was consistent with First Amendment rights and was entirely pro-American: it was meant to save American lives and end a war with no good purpose.

J. Edgar then went to where I thought he would go: “Right; sure. But aren’t you worried about troublemakers?  What do you hear about people trying to cause violence or who maybe do not have America’s best interests at heart?”  Nice try, J. Edgar, but no dice.  Although I think we all had our concerns about violence and, frankly, the motives and tactics of some of the more radical elements of the anti-war movement, he wasn’t getting any of that from me.  So, in my best doe-eyed manner, I replied something to the effect of, “Gosh, no.  We are all about peace and being peaceful.  We just want everyone to hear what we are saying.  I’ve heard absolutely nothing about violence or revolution.” I then threw in something about how proud my parents were that I was participating in this.  (They hadn’t said so in so many words, but they did let me borrow their car and knew where I was going that weekend with it and certainly hadn’t expressed any objections. More to the point, I thought J. Edgar might be impressed by hearing about such parental approval, true or not.)

I’m not sure how long this kabuki dance went on, but at some point J. Edgar realized that I was going to be a dead end for him.  So he — as he had been throughout our chat — very cordially said good bye and we both wished each other well.  And I’m sure he then glommed onto some other kid to try to get a bit of compromising information about the March out of him or her.

In a quietly proud way, I felt I had done my small part for the Movement. ‘Ya got nuthin’, G-man!” I smugly said to myself.

12 Responses to My Little Bit for the Movement