My Uncles, the (Possibly Unwitting) Gangsters by John Shutkin
100
(118 Stories) 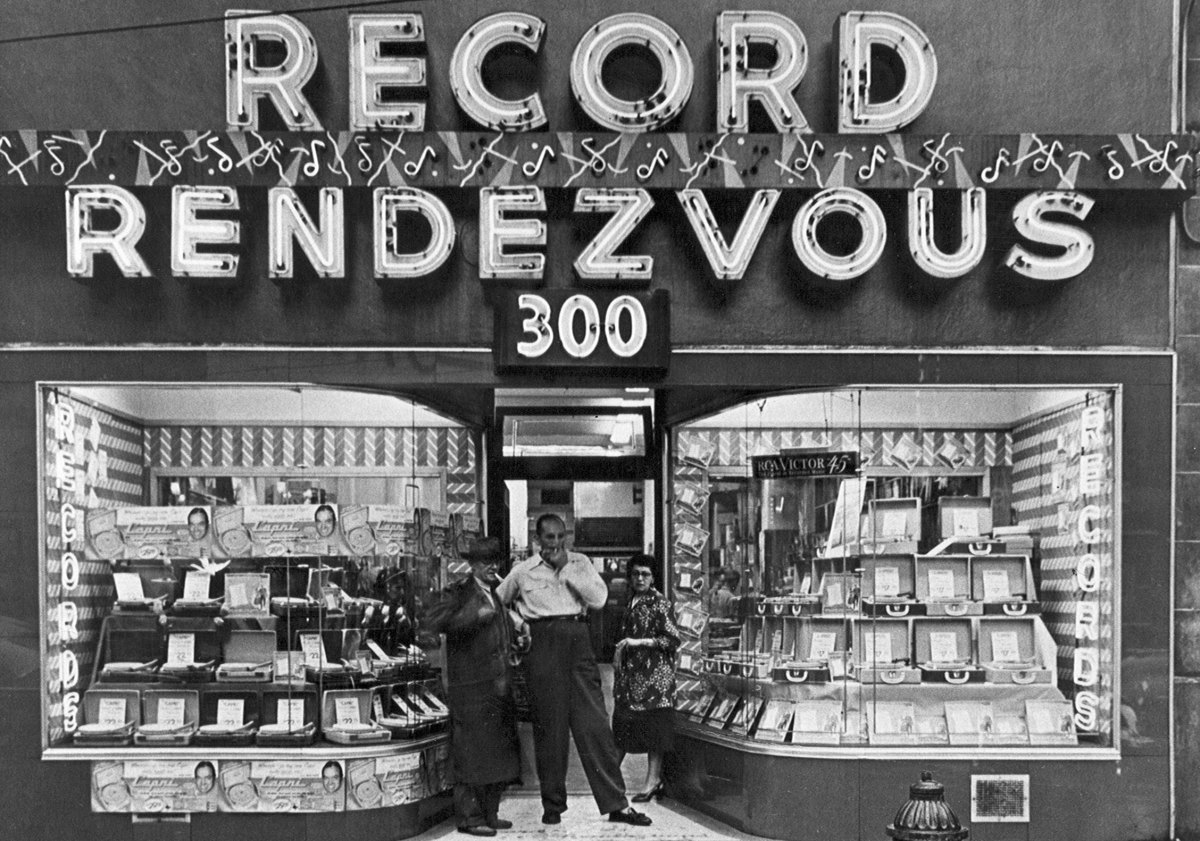 This story is part of my family lore, passed on — and quite possibly embellished — by my mother’s younger brother Paul.  Uncle Paul was quite the raconteur, and also a bit of a wheeler-dealer, so it must be taken with a huge grain of Kosher salt.

The story concerns Uncle Paul and his older brother, Uncle Al, and their adventures as record store owners in Baltimore’s Black community right after their World War II service. Besides having records for sale in the store, they also had a mail order record business. After a while, the store had a weekday afternoon DJ program on WBAL radio, “The 50,000 Watt Clear-Channel Voice of Baltimore.” The brothers bought the air time from WBAL, and rounded up their own advertisers, of whom the store was a primary advertiser. The radio show was the rabbit hole through which the brothers fell unwittingly (or maybe semi-wittingly) into abetting a local gangster, as the following, per Uncle Paul, will describe.

One day, a limousine pulled up in front of the store, and out stepped a man easily identified, in manner and dress, as one of Baltimore’s most powerful Black gangsters. This man came into the store and had a sit-down with the brothers, during which he made a business proposal: he would pay for one half of the air time on their radio show in exchange for which he got to pick the song that was played at a set time each day. He did not elaborate. The brothers were not naïve, but did not understand why the gangster was making the proposal. They accepted the deal, knowing that there had to be a shady side, feeling that their ignorance of the gangster’s motives would keep them in a state of grace and innocence, or at least plausible deniability.

It turned out that the deal was the means by which the gangster, who was the chief of the numbers racket in Baltimore’s Black community, got out the word on the day’s winning number. Whenever the show played a selection from a record that was available from the store by mail order, the announcer would say, “If you liked that tune, you can order it from [the brothers’ store] – just ask for catalog item number 123.” The tune played at the fixed time of day was always on a record whose catalog number matched the winning number of the day.

The scheme apparently unravelled when a maid in the household of the president of WBAL mentioned what was going on to one of the household. It never occurred to her that any beans were being spilled, as the scheme was very common knowledge among the Black community; she assumed that, if she knew it, everyone in Baltimore knew it. Of course, not a single white person in Baltimore, not even my Two Stooges uncles, knew what was going on — or so Uncle Paul would have it. Blacks and Whites in continual close proximity, nothing labelled “CLASSIFIED,” but zero transfer of information that was universally available on one side of the divide.  Unfortunately, my sense is that Baltimore has not progressed all that far in the seventy-plus years since then. (“The Wire” would seem to reinforce that fact.)

In any event, fortunately for the brothers, the gangster learned of the true source of the leak and, thus, that they had not ratted out the scheme.  So the deal just went away without any retribution to be paid by them, as witnessed by the fact that, among other life-affirming activities, they both later produced two cousins each for me. They also went off into other, less suspect and more profitable business ventures.

Two points on the images I have used here.  First, the featured image is simply a stock photo I found online of a 1940’s record store. Unfortunately, I have not found any photos of my uncles’ store and don’t even know what it was called.  My brother tried to investigate this a bit about five years ago when he read somewhere that the father of composer Philip Glass also had a record store in Baltimore’s Black community right after WW II and he reached out to Glass to see if he might have remembered anything about his father’s rival’s business.  But he never heard back

Second, in doing my image “research,” I came across this old advertisement: 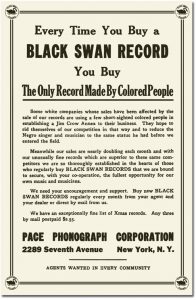 This certainly suggests that the idea of record stores owned by Whites that sold Black records was not universally popular in the Black community Back in the Day. I couldn’t agree with the sentiment more.

19 Responses to My Uncles, the (Possibly Unwitting) Gangsters