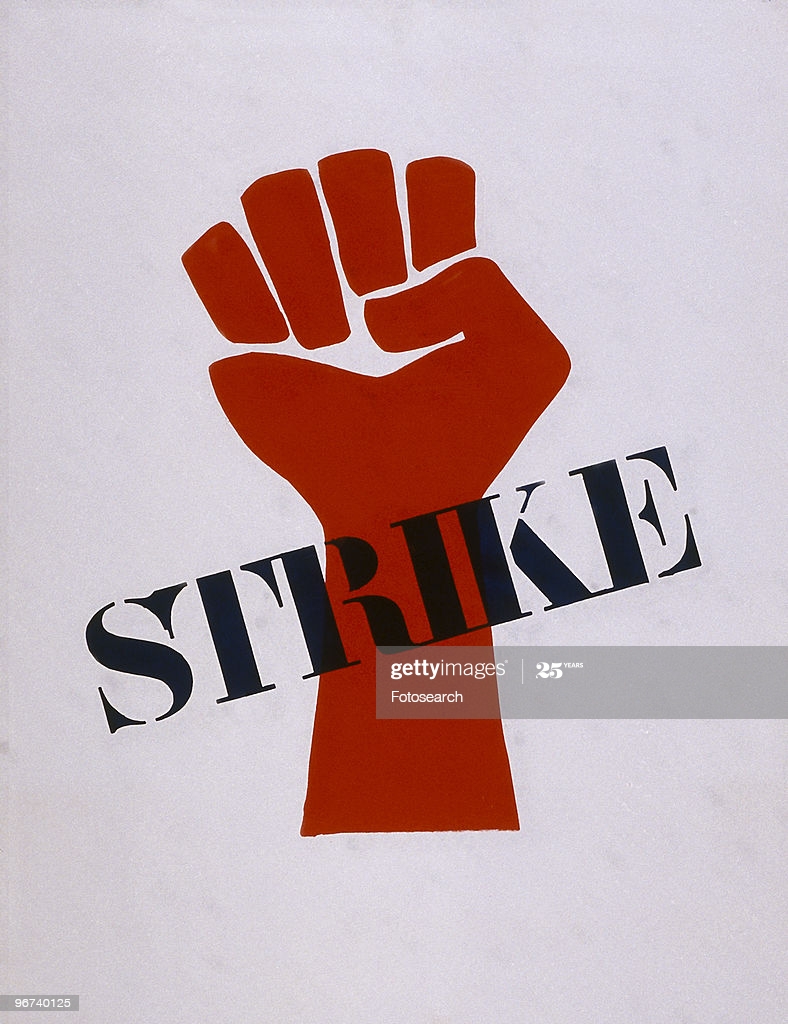 Poster for the Harvard University Student Strike, with the caption ‘Strike’ over a depiction of a clenched fist, 1969. (Photo by Fotosearch/Getty Images).

This will be a pretty short story because, as my title pretty obviously foreshadows, I don’t have much to say on this prompt, grammatically or otherwise.  For reasons I will discuss below, I have just never been into political buttons and the like.

As Retro readers must know, I am not lacking in political convictions, albeit pretty standard ones for our demographic, nor reticent to express them.  Just never through political buttons.  Perhaps it is my inherently non-confrontational nature, though my long career as a litigator would suggest otherwise.  More likely, it is simply because I never felt it was a particularly good moment to wear one.

As I recall, campaign buttons were prohibited both in my grade school (though, of course, I was rooting for JFK in 1960) and in my high school (though, in 1964, I was ready to go all the way with LBJ).  So no incentive — or even ability —  to wear one at either time or place.  And, in college, I didn’t feel a particular need to show my support for Eugene McCarthy while walking around Harvard Square; that hardly counted for much of a bold statement.  Indeed, I remember (gently) pushing back against a classmate who proclaimed, “I’m sure McCarthy will win; all my friends are for him” by pointing out to her that her and my friends in Cambridge — most of whom, like us, were still not old enough to vote — were not exactly representative of the US voting populace as a whole.

In fact, the only symbol of political paraphernalia that I have (or had, rather) from my college days is/was the shirt that I had silk screened with the Harvard STRIKE logo on it (see featured image).  Of course, as seems appropriate for someone who was pretty mainstream even then, I had the logo put on the back of a yellow button-down Brooks Brothers oxford shirt. But I did like the idea of having been, albeit briefly, at least a preppy radical.  Sadly, my then-wife “disappeared” the shirt when she was a very young college president (age 30), concerned that it might somehow reflect badly on her own not in the least bit misguided youth.  It is perhaps the only thing she ever did that I may never forgive her for.

After law school, it would have been at least professionally inappropriate — and perhaps professionally suicidal — to wear a political button in my workplaces.  Nor, again, would it have made much difference.  My original law firm was true blue Democratic —  it had proudly represented the NY Times in the Pentagon Papers case after the Times’ long-standing law firm had refused to take the case  — and my next employer, KPMG, was as solidly Republican as you would expect most big public accounting firms to be.  In fact, at some point, there was a confidential poll of all partners in KPMG’s Executive Office and, while all but one of us lawyers indicated that he/she was a registered Democrat, only one partner outside of  the legal department (of hundreds) indicated that he was.  (And that poor guy was later stabbed to death by his estranged wife, though I do not think that their disagreement was political.)

Anyhow, you get the picture.  Never a button guy.  But, in putting together this story, I did take a pretty thorough look around our house to see if I could find any.  I found two.

This is the first one: 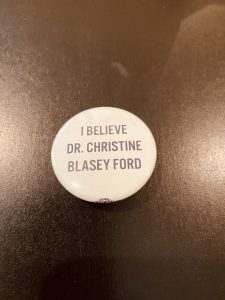 Obviously, this came from the Kavanaugh confirmation hearings in September 2018.  (Ah — the good old days when we still had RBG on SCOTUS.)  Of course, I fully support its sentiment, but I don’t think my wife or I ever wore it.  I believe we just received it when we made a donation to some Democratic group at the time.

And this is the second button: 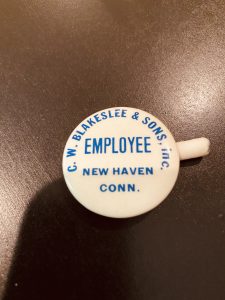 Huh?  My wife Kathie, nee Blakeslee, is a scion of the C.W. Blakeslee family, owners of a long-standing and very prominent construction company in New Haven (it had built the Yale Bowl in 1914).  Somehow, she had gotten and kept a few of these buttons (she was never an employee) and had also given some to her children and grandchildren.  Cool family mementos, but hardly a political statement. 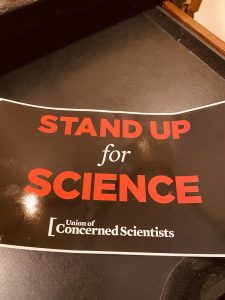 Again, we did not set out to acquire these, but got them in response to donations, in this case to the Union of Concerned Scientists.  And, again, a worthy group and a worthy point. But I’m not putting one on my car.  My wife put one on hers (well, I did, at her request) and it turns out that her environmentally-conscious granddaughter, who just got her first car (a hybrid, of course), would love the other one, so we are currently figuring out the pandemic logistics of getting it to her.

Anyhow, that pretty much buttons it up for me on this week’s prompt.

14 Responses to Nuthin’ on Buttons