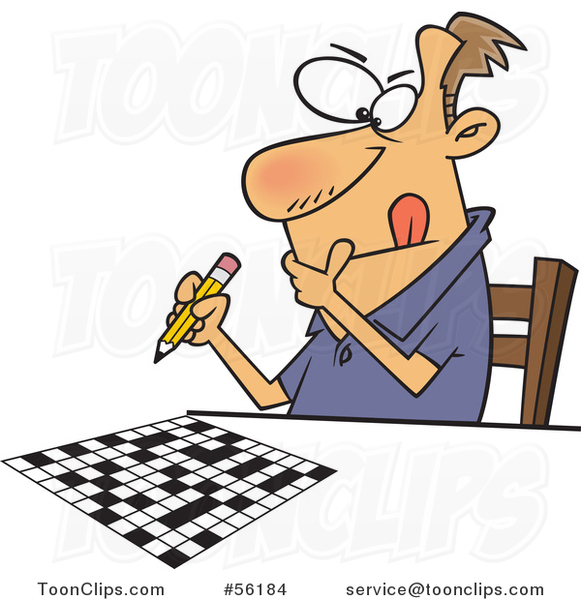 Talk about prescient.  Before this prompt was posted (I swear it), in writing my “Lost and Found” story about how to find lost stuff, I noted the following:

“A seeming digression which isn’t really a digression. In fact, it is really the whole point of this story. If any of the other Retro members reading this are also crossword puzzlers, they, too, know of this phenomenon.  You are stumped and no matter how hard you try, you cannot crack the remaining clues.  You then force yourself to walk away from the puzzle for some period of time; at least half an hour.  You then return to the puzzle, arguably no smarter or better informed than when you left, and yet, with your refreshed brain, you quickly crack the remaining clues.

I cannot explain this phenomenon but I know it is true and I am sure there is some scientific explanation for it. In fact, in an article I just read in the Times about the benefits of walking, the author notes: ‘There’s quite a body of data in psychology suggesting that for creative problem solving, time focused away from the problem helps solve it.’  Bingo!”

So it should come as no surprise that my brain game of choice is crossword puzzles. Here’s the story.

I started doing crossword puzzles when I was a kid as my mother always did the Times’ Sunday puzzle and would let me help.  At some point when I was in high school, she decided she preferred doing the acrostic puzzle that was on the same page of its Sunday Magazine, and graciously ceded the crossword puzzle to me. Free at last — though I occasionally asked her for help.

For various reasons, probably including New York (or, technically, Tri-State) provincialism, I never had much interest in crossword puzzles other than the Times’ and, even there, for years I only did its Sunday puzzle with any regularity. Plus, during college and law school, I rarely seemed to have time even for that.  Sadly, this was not due to too much drugs, sex and rock and roll as much as simply studying and other benign interests.  One exception to my abstinence — from puzzles, that is — was when I had a very brainy girlfriend at Swarthmore who was equally keen on crosswords.  That, combined with very strict rules on that campus about visitation in girls’ rooms, meant we had a whole lot of time on Sunday mornings to work on the puzzle together in one of the student lounges (before heading to the library, of course). Swarthmore was truly a studious campus.

With retirement this year, I can actually do the Times crossword puzzle every morning.  But, as all Times puzzlers know, the puzzle gets progressively harder from Monday through Saturday, and the first couple of days of the week it is pretty quick and boring for any experienced puzzler.  That’s not bragging; it is a simple fact.  And the Sunday puzzle? As we cognoscenti also know, it is not particularly hard; it is just bigger (i.e. many more clues) than the daily puzzles.  Plus, it always has a titled theme, which usually — but not always — makes it even easier to crack.  So, yes, the Times’ Sunday puzzle still remains the “Holy Grail” in some ways, but it is the Saturday puzzle that is the true test of one’s crossword chops. 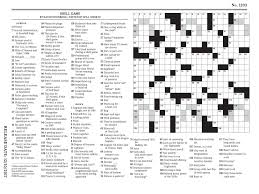 Another thing we serious puzzlers know is that there is an unwritten “code”  that is absorbed over the years.  For example, the answer to almost any four-letter word clue asking to name a college will be either “Elon” or “Alma,” unless there is an abbreviation in the clue, in which case it will be “UCLA.”  And that is another part of the code: if there is an abbreviation in the clue, there will be an abbreviation in the answer. For example, “Co. in Great Britain” will be “Ltd.”  More generally, short words that alternate vowels and consonants (like the aforementioned “Elon”) are frequent answers because they are quite helpful for puzzle constructors in finishing their puzzles amid the longer, less formulaic answers.

And a brief aside about puzzle constructors that I learned years ago from Joy Wouk (sister-in-law of the novelist Herman Wouk), who had dozens of her puzzles published in the Times.  Joy had absolutely no interest in solving crossword puzzles and said that this was true of most of the puzzle constructors she knew. It sounds counter-intuitive, but, concomitantly, as a puzzle solver, I have zero interest in constructing puzzles, so maybe there is something to this.  Joy also said that puzzle constructors always drafted and submitted their own clues for their puzzles, not just the answers and the answer grids, but that the Times’ puzzle editors were notorious for completing ignoring the constructors’ clues and writing in their own clues, even as they virtually never touched the answer grids.  Finally, she said the Times was incredibly cheap about paying the constructors. I’m sure it is a bit more now, but she said that, in the 1970’s, she would get about $25 for a daily puzzle and $50 for a Sunday puzzle. Clearly a labor of love.

Another fun fact about the Sunday Times puzzle is that, in the aforementioned Tri-State area  (NY-NJ-CT), the Times delivers parts of it Sunday paper, including its Magazine, with the Saturday paper.  So, if you are a subscriber in that area, you get the Sunday puzzle a day earlier.  Indeed, when I lived in NYC, I almost never did the Sunday puzzle on Sunday unless my Saturday had been particularly hectic.  To have to do it on a Sunday was a failure of priorities.

With digital editions, this is less of an issue, but still an issue.  The Crossword Powers That Be at the Times decree that the Sunday puzzle will go public on its digital edition at exactly 6:00 p.m.Eastern Time on Saturday nights.  You may have to refresh the page a couple of times, but it will show up at that very moment and then can either be completed on-line or, as I prefer (being Old School), printed out for solving.  In fact, I used to kid with some of my crossword pals that the only advantage to living in Milwaukee for five years was that, because it was in the Central Time Zone, I could download the puzzle at 5:00 p.m. local time.

OK; that is pretty much my entire brain dump on this brain game. That is, other than to repeat my advice at the top: if you’re stumped, just walk away from the puzzle for a while.  More often than not, the unsolved answers will magically come to mind.

And if not, what are the ethics of looking up an answer — now easier than ever via Google?  I am inclined to subscribe to something one of my puzzling friends — also a lawyer — said to me:  “That’s not cheating; that’s research.”