Prompted By Can't Leave Home Without It
15 comments. 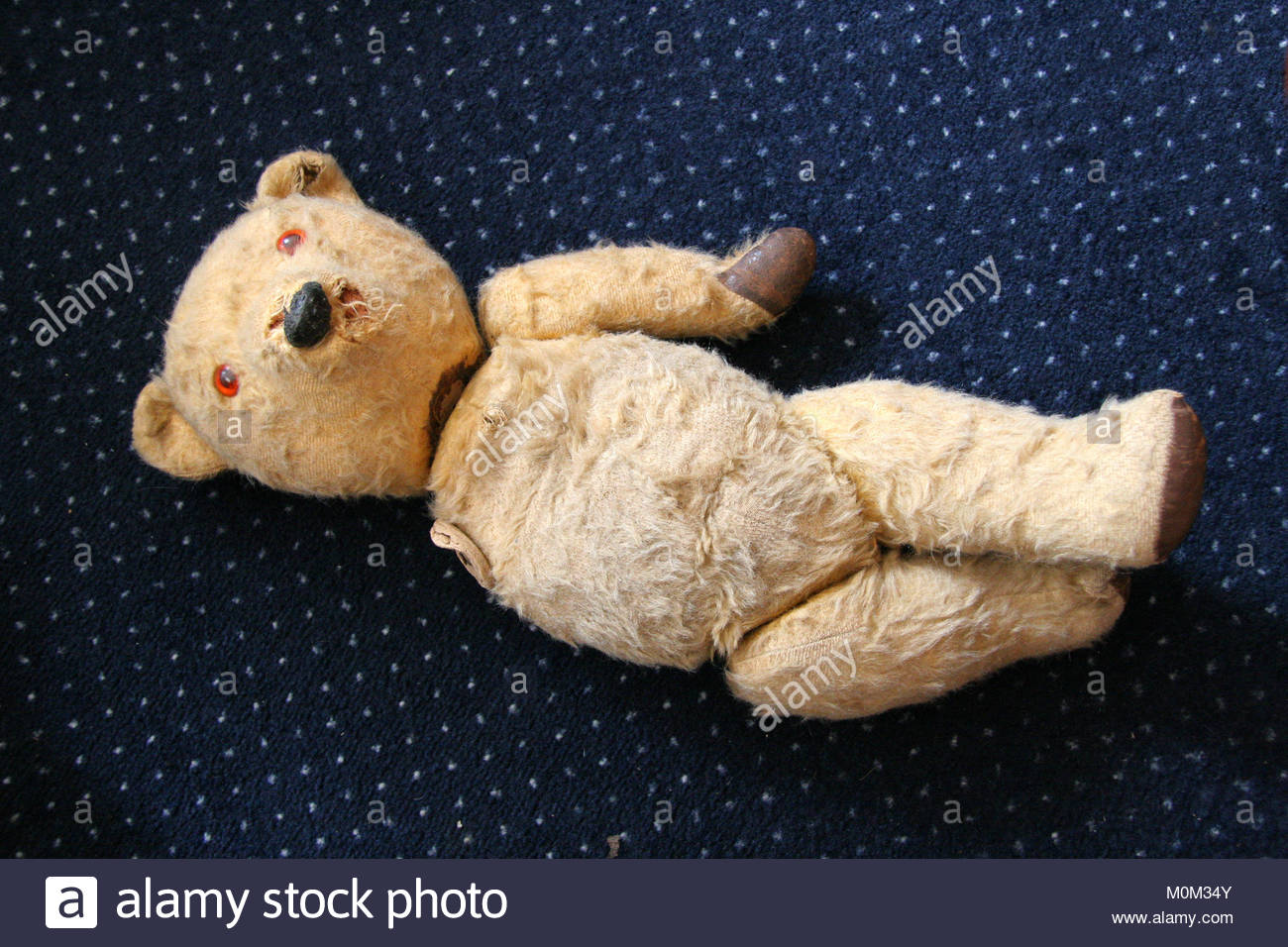 [Warning: This story is about as prosaic as they come. Insomniacs particularly welcomed.]

As a little kid, my “can’t leave home without it” was a teddy bear.  And its name?  Teddy.  My older brother Tom dumped on me for that name but, as some may recall from our recent pet names story, he named our Collie “Collie,” so he is the last person who had any standing to complain.  I do remember at some point learning about the whole Teddy Roosevelt/teddy bear connection and thinking that that was all pretty neat, but Teddy’s naming, such as it was, pre-dated that knowledge and was the product solely of my youthful lack of imagination.

Teddy’s one defining feature was that he had only one arm; the other one having been chewed off at some early stage.  (The featured image is not “my” Teddy but, through the wonders of googling, one can simply search under “one-armed teddy bears” and immediately find a suitable image.)  I don’t recall exactly how Teddy lost his arm, but I would suspect that Collie had something to do with it.  There would certainly be some poetic justice in that.  And yes; Tom also gave me a hard time about having such a mangy looking teddy bear but, again, I wasn’t listening to any of his criticism on this either.  Jealousy maybe?  Well, he had his own damn stuffed animals.

In any event, I dutifully took Teddy everywhere with me.  Indeed, I cannot recall even one time when I forgot to bring him, so readers will be spared any such desperate/tragic/pathetic/humorous (choose one or more) anecdotes about recovering him.  In fact, as I gaze upon my navel and consider what my relationship with Teddy may say about me as a fully-formed adult, my two thoughts are that he taught me about responsibility — i.e., never, ever forget to bring him with me — and, dare I suggest, about sympathy for those with disabilities.

And, as I ponder this even further, Teddy probably taught me, a natural lefty, to use my right hand.  For I was a constant thumb sucker until I was about five.  As a result, any perambulation by me required Teddy to be held in my right hand, while my left thumb was firmly planted in my mouth.  More generally, I acquired the ability to do many other important things with my right hand — like write and draw and throw a ball — that originally felt natural only with my (otherwise engaged) left hand.  So thanks for ambidexterity too, dear Teddy! 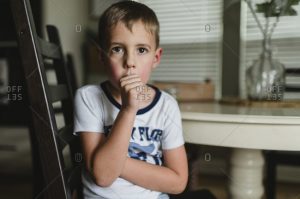 (This image isn’t of me — note that the right thumb is being sucked — but you get the idea.  This would have been a pretty standard pose.)

Fast forwarding to my current “can’t leave home without it” phase, I am afraid I remain equally prosaic, and expect to hear a similar answers from other Retro-ists.  It’s my damn iPhone.  What can I say in my defense? As well stated — albeit in a very different context — in Brokeback Mountain: 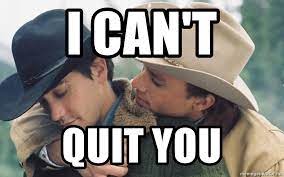 However, when discussing this question with my perspicacious wife, she immediately asked, “Well, what about your mask, too?”  Brilliant  point — and also true.  But that is one “can’t leave home without it” that I am happily in the process of quitting right now.