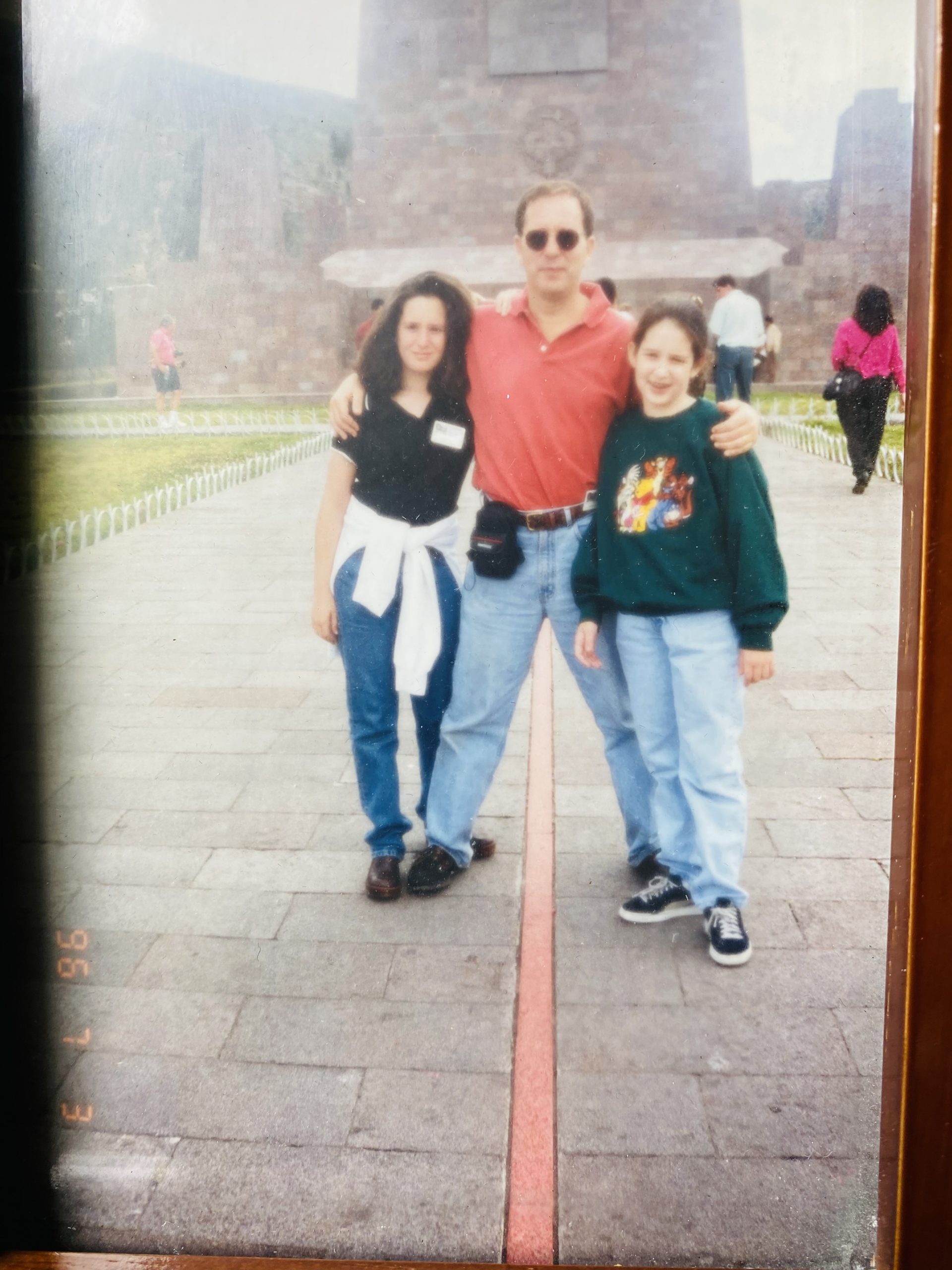 I am always reluctant to recycle old Retro stories — are the adventures of my life really that finite? – but I felt I just had to do so this week, at least as a starting point, since this story of “The Grand Tour” (“TGT”) with my mother, brother and grandmother when I was sixteen, which I wrote in early 2019, so clearly fits in this week’s prompt.  So here it is again:

But that story was also a catalyst for me reflecting, in response to this week’s prompt, on whether I had been able to pass on this wonderful TGT tradition to my own children as well.  And, happily, I believe I have.  However, to be perfectly fair, the credit for that belongs not just to me or my mother, but also to my former wife (“MFW”).

First, MFW fully shared in my and my mother’s belief that, as Mark Twain so nicely put it: “Travel is fatal to prejudice, bigotry, and narrow-mindedness, and many of our people need it sorely on  these accounts. Broad, wholesome, charitable views of men and things cannot be acquired by vegetating in one little corner of the earth all one’s lifetime.”

Second, by virtue of being President of the American Museum of Natural History (the “Museum”) when our daughters were growing up (a position she still holds), MFW was afforded the marvelous opportunity to travel on the Museum’s world-wide “Expeditions” whenever and wherever she chose.  And, indeed, more than simply afforded; she was strongly encouraged to do so in the belief, at least within the Museum’s marketing department, that the President’s presence on any Expedition would only add to its luster (though, so far as I am aware, not its cost).

So MFW and I took any number of wonderful trips with our children to the Mediterranean (Greece and Turkey), Alaska, the Dordogne area of Southern France (notably, the Lascaux Cave), and, most amazingly, the Galapagos. (For the record, we insisted on paying “full freight” for all the trips, despite the fact that MFW – and I, to a lesser extent – were called upon to give little speeches and host various events throughout the Expedition.)  And, of course, it was important, as Museum “ambassadors,” for all of us – including the girls — to be on our collective best behavior when we were out and about on one of these Expeditions.  However, this was hardly a burden, even for the girls, who were almost as well schooled in proper public deportment as I was from many years of being the “First Gentleman” to MFW both at the Museum and, before that, when she was President of Barnard.  Plus, we made sure to only bring the girls along on the Museum’s “family expeditions” and invariably they happily bonded with the many other kids on the trip within the first ten minutes and much preferred hanging with their new pals to being with us and the other grownups.

One of my favorite parts of these trips was that they were always accompanied by the Museum’s scientists and curators, who gave lectures and tours on a daily basis.  Of course, getting to be on one of these Expeditions was a pretty nice perk for them as well.  These were some of the most brilliant and fascinating people I’ve ever been around, and I spent a great deal of time with them – when I wasn’t “working the room” for major donors, of course.  And they seemed to enjoy my company as well, though I was certainly aware that, for them, blowing off the President’s husband would not have been a particularly wise career move.  But I have always had a great deal of curiosity and have not been afraid to ask questions, dumb or otherwise.  And, for their part, they loved to talk about that which they did and loved to do.   Plus, though I was and am the quintessential dilletante in many of the areas of these professionals’ expertise, at least I had majored in anthropology in college so knew a little bit about their areas.  In any event, I think I bonded as well with these folks as my girls did with their new pals on the trips.

And will my daughters now pass on this same love of travel, especially family travel, to their own children?  Unfortunately (at least for MFW and me), both girls are still unmarried and childless, so we don’t know yet.  And I doubt whether my older daughter is thinking that taking her Welsh Corgi, Toby, back to the country of his breed’s origin would be particularly meaningful to him. But at least both girls have had instilled in them a true love of travel and have done a great deal of it over the years of their adulthood, albeit with friends or each other or with MFW on other Museum adventures (like to Russia and Cuba).  Indeed, as I write this, my younger daughter is working to put back together the trip she had planned to Patagonia last spring.

In short, neither of my daughters has been “vegetating in one little corner of the earth all [her] lifetime.”   And so, coming full circle, I want to still give my own mother great credit for insisting that we all be dragged along on TGT in 1965 and passing along the love of travel in our family

(Sadly, I have virtually no photos from our Expeditions.  But I did at least find a very blurry one taken of me and the girls in Quito the day before we flew to the Galapagos to board a ship to go to the islands, and this is the featured image.  The yellow line that I am straddling demarcates the Equator.  This was also the moment that, despite studying Spanish for years in junior high and high school, it finally dawned on me that “Ecuador” is Spanish for “Equator.”   Yo soy muy lento!)

12 Responses to The Grand Tour – Part the Second