The Mowing of Summer Lawns by Risa Nye
50
(75 Stories) 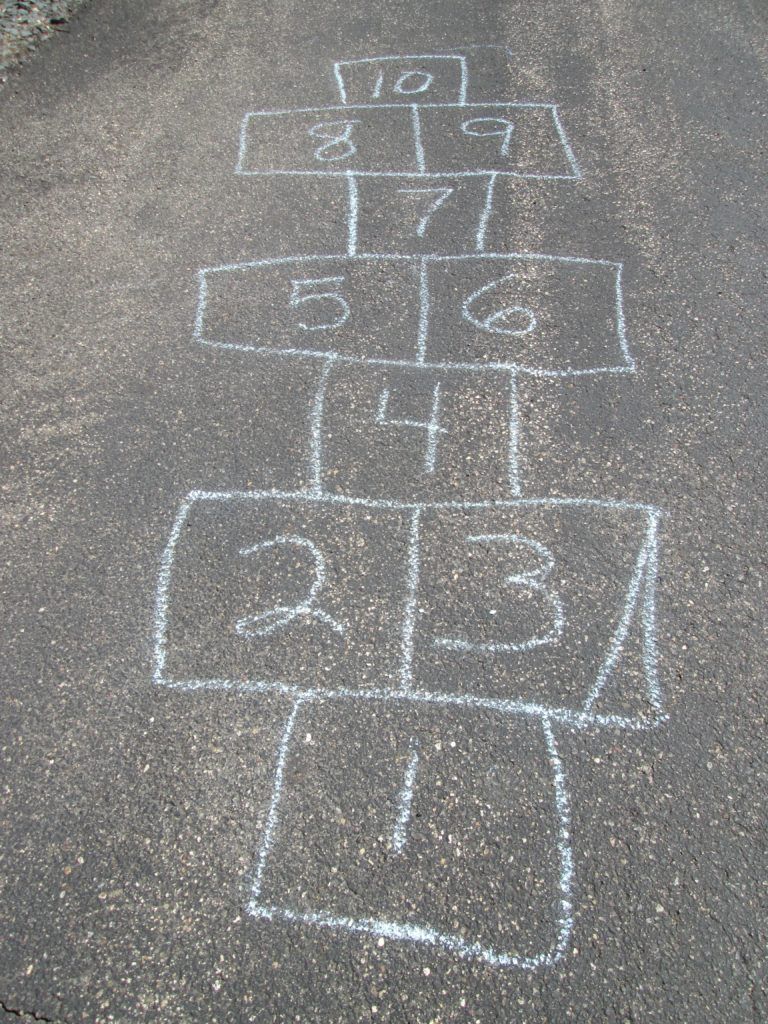 Imagine a summer day on Humphrey Avenue in Richmond, California—a wide street in a quiet neighborhood, a place where kids can stay out and play until their parents call them in for dinner.  If I listen, I can still hear the sounds.

At dinner time, dads cup their hands around their mouths and call their kids home.

If you were awake early enough, you could hear the milkman’s truck pull up in front of your house. You would hear the clanking of metal meeting glass as he took away the empties and left milk, butter, buttermilk, or cream for the week.

Early birds: nothing fancy or exotic, just regular robins and wrens chirping from the tops of the two walnut trees in our backyard: two short notes, then a long one. The trees’ branches whoosh and sway in the wind, making a rushing sound, a long shhhhhhhh.

My father hung a hammock between those trees, one of my favorite places to hide with a book. The ropes chafe against the solid trunks as I rock. We have a wooden bench swing in our backyard too. Its metal chains groan as kids pile on and shriek when we get it moving. 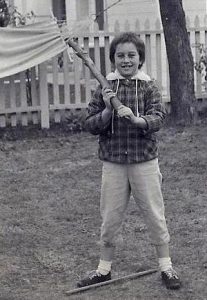 Backyard batting practice near the hammock. Not with a bat, exactly.

Summer days mean the ice cream truck coming slowly down the street, blaring a tune over and over as it snakes its way through the neighborhood.  The truck’s clarion calliope call draws all the kids to the curb, whether our moms will let us buy anything or not. Does it play “Turkey in the Straw” or something else? “Pop Goes the Weasel”? We can hear the notes from blocks away—plenty of time to run into the house and beg for change.  Jump ropes thwack the sidewalks as the girls on the block gather around to chant singsong lyrics—Ice Cream Soda Delawarey Punch, or Not Last Night but the Night Before— until someone misses and the singing stops and the next girl jumps in. The sounds get louder and faster when someone does “hots.” Or the ropes slap down in double time if you have good enough jumpers and turners to do double dutch.  “A my name is Alice and I come from Alabama. My husband’s name is Al and we sell anchors…” “Charlie Chaplin went to France to teach the girls the hootchie cootchie dance…” “Fudge, fudge, call the judge, mama’s got a brand-new baby.” The songs never change; the elders teach the young ’uns and so it goes as we all grow up. One potato, two potato to see who goes first at jacks or hopscotch.

Kids scoot down the street on red-trimmed Flexie Racers, or pull younger siblings around in a red wagon; playing cards stuck in bicycle spokes flap as boys speed by in the street, and some kid yelling “ollie ollie oxen free” signals the end of  hide and seek. You cry, “I got it” or “Mine!” when a fly ball is your catch, playing baseball in the street at dusk. Crickets on a calm night.

At dinner time, dads cup their hands around their mouths and call their kids home.

Richmond was a factory town during WWII—the Kaiser shipyards, Rosie the Riveter, victory ships—and there are still factories like Standard Oil and others sending plumes of white steam into the sky. 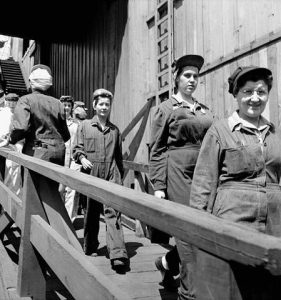 Real Rosies at the Richmond shipyards

A whistle sounds at noon, but only on certain days: a siren that that starts out low and reaches a crescendo and I can never tell where it comes from.

Airplanes frequently zoom overhead, bound for the San Francisco airport or points east. The sound of an airplane during a rainstorm always comforts me. I think, if the plane is up and stays up, even in a storm, everything must be alright.

I love to hear trains going by in the quiet part of the night. My house isn’t near the tracks, but the sound carries so well you can hear the wheels clicking on the tracks and the plaintive blast of the whistle.

Then there is the hissing of summer lawns, or rather, the mowing of summer lawns. The rows of metal blades on the cylinder, rotating faster, make a particular sound—not metallic, sort of a whirring noise, with shorter intervals when the person pushing it gets to the edge and does shorter strokes—like the soft, snoring sounds of a restless sleeper.

We hang our laundry on a clothesline, wheeling out the wet clothes in a muslin hamper that has a pocket for wooden clothespins. We clip the pins onto the line, attaching each damp article firmly to its neighbor. On a windy day, the sheets snap and flap, straining against the wooden pins. And when the clothes are dry, we take the pins off, dropping them back into the pocket where they softly clatter against the rest.

Baseball on the radio: Russ Hodges and Lon Simmons, calling the Giants games with long lingering pauses between cracks of the bat and the noise of the crowd. Hour after hour on KSFO, all summer and into fall, these two voices, making jokes I don’t understand, deep plummy voices rising with excitement during a close play or a “bye, bye baby” home run.

And the most memorable sound from those days: my father playing the piano, his fingers sliding easily over the keys for hours, like Tatum, like Shearing, like himself. Gershwin, Carmichael, Arlen, Porter, and of course, Rogers and Hart: It’s all “It’s Easy to Remember, and So Hard to Forget.”

The sounds of summer days, a long time ago, in my hometown. 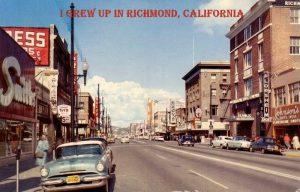 14 Responses to The Mowing of Summer Lawns