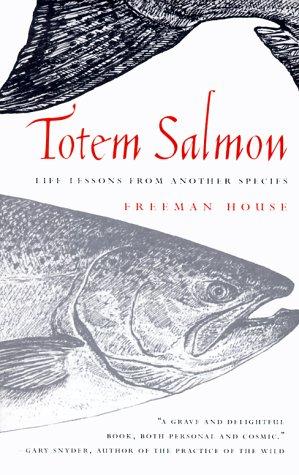 [I wrote this piece for the Retro prompt “Gardens,” but I’ve posted it here to celebrate the salmon that reinhabited the Mattole watershed as a form of recycling. — cd]

I wrote this piece for the Retro prompt "Gardens," but I've posted it here to celebrate the salmon that reinhabited the Mattole watershed as a form of recycling.

As I child, I grew championship cucumbers on a septic tank. I grew apples and corn for farmers. I grew communal gardens in Massachusetts and California. I’ve grown hot peppers and marijuana together; they are the best of friends. You can put your pot-sticky fingers to your nose and inhale but never, NEVER touch your face after you’ve cut an orange habañera pepper. This simple advice is typical of the kind of lessons one can learn from gardening, que no?

I’ve also had the opportunity to walk through a different kind of garden, one with roots in land and water, a garden created by the earth gods and goddesses and cultivated for millennia by indigenous people, those who  lived on the edge between hunting and gathering and planting and harvesting.

Freeman House was a salmon fisherman, writer, and ecological thinker who lead the efforts of a group of people who set out to recreate a garden from the main course and tributaries of a California river and the land that surrounded and supportedit. Not a garden in the standard sense of the term, but a garden, nonetheless.

In the late 1960s, I lived in San Francisco with an extended family of utopian anarchists who set out to explore new ways to live on the land outside the city. They wanted to extend our notions of change to the countryside, where they could see the scars of industry that had “tamed” the wilderness. 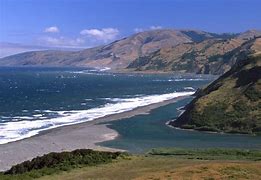 In 1975, a small group of these San Francisco artists, activists, and adventurers moved to a hillside above the Mattole River along Northern California’s Lost Coast, in Humboldt County. They had seen firsthand how the Mattole’s complex and fragile watershed had been eroded by overgrazing and clear-cut logging. As they became more intimate with the land they loved, they saw how the salmon suffered from the destruction “of a place” — the creeks and small tributaries that fed the Mattole. In the words of Freeman House:

The very roots of the word ‘indigenous’ mean “of a place.” But…the relatively recent Industrial Revolution have been so successful that … we have engaged in a process of purposeful and systematic forgetting; we have lost previous models of a more elegantly balanced life among humans, and we have convinced each other that it is fruitlessly utopian to imagine any other way of life.”

Freeman and his brothers and sisters set out to reinvent “a more elegantly balanced life” in a unique garden of earthly delights, using indigenous means and ways of thinking.

Salmon hatch upstream at the headwaters of small creeks and streams and as youngsters, swim downstream to the sea. There, for two years, they become deep water creatures, roaming for thousands of miles, growing into the powerful and intuitive animals who return to the exact same creek or other tiny tributary where their parents had laid and fertilized their eggs to complete the cycle of life.

In the Mattole, the logging and overgrazing had filled these tributaries, making it near impossible for the adults to return to their birthplace. Confused, they often died during their frustrated journey upstream.

The Mattole family followed the way of the area’s indigenous people, who considered the salmon to be a life force. They reasoned that, if the bioregion (the watershed of the Mattole) was ill, the salmon would be ill. If they made the watershed a healthy bioregion again by clearing the streams and tributaries, they would make the salmon healthy again.

They set out to do just that, to restore the garden that had developed naturally in the Mattole bioregion. They began a long campaign to convince the community of ranchers and loggers to do the impossible — pay attention to the health of the Mattole watershed. At the same time, the family set out to restore the salmon and their migration by collecting them in hand made traps, incubating their conception and releasing them. After years of patient work, the Mattole family began to win cooperation from local ranchers, loggers, and even the Bureau of Land Management.

Nothing is perfect, nothing ever lasts, except an abiding love for the wild beauty of the salmon. Today, generations of “gardeners” have followed in the footsteps of Freeman house to sustain the wild beauty of this noble creature, the totem salmon and the garden it lives in.

*Totem Salmon is also the title of a book by Freeman House, who describes in detail the Mattole River salmon restoration project. You might find it of interest.