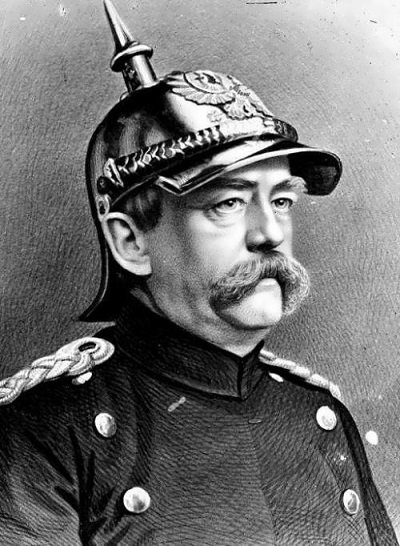 In 1872, the Northern Pacific Railroad located its terminus at the “Crossing of the Missouri” in the Dakota Territory which later became the state of North Dakota. The Railroad, as it and other railroads were wont to do, named the town “Edwinton” after its Chief Civil Engineer, Edwin Ferry Johnson. Retrospect readers know me as Mr. Ed, but the Ed in fact comes from Edwin, the name given to me by my parents. So this story has particular meaning for me.

Edwinton did not stick, and, in actuality, was really only the name of the post office. So it was not a controversial decision to jettison Edwinton, in part due to its high percentage of German immigrants, and in perhaps greater part, the desire of the founders to appeal to the Prussian government, secure good will, and raise capital for the transcontinental railroad. (The Northern Pacific Railroad was somewhat desperate.) So, as is retold on the City’s website, the town was named “Bismarck in honor of Germany’s ‘Iron Chancellor’ Prince Baron Otto Eduard Leopold Von Bismarck-Schoenhausen, a famous German statesman from Prussia, credited with the creation of the German Empire and serving as her first chancellor.” Unfortunately, all the Chancellor did was acknowledge his fledgling namesake with a heartfelt thank you note. No Reichsmarks  materialized. But the name stuck anyway.

What does this have to do with naming a pet? Seventy-five years later, a dachshund showed up on the grounds of Rapid City Air Force Base in South Dakota. No one knew for sure where it came from, but the generally accepted view – for reasons completely unclear to me – was that it was from Bismarck, 223 miles to the northeast, or 300 miles via highway. Hence, everyone knew it as Bismarck. Bismarck (the dog, not the thriving metropolis) made quite an impression, and the Air Force personnel took quite a liking to her (or him, I’m not sure). The most remarkable thing about her was her daily routine: wait in the morning for the town bus from the Air Force Base to downtown Rapid City, enjoy the day cavorting with civilians, both canine and human, and then re-board the bus for the return trip in late afternoon.

My father, a B-36 crewmember, liked dogs, having grown up with half a dozen or so as a child. For awhile, he and my mother had their own dog, named Hemingway, a very friendly dog, but with an annoying habit of biting Air Force officers. So Hemingway had to go, and I’m sure, as a result, my father became a strong Bismarck fan. Bismarck disappeared one day and no one was able, or willing, to say what had happened to her.

Fast forward five or six years, and we were living in Seattle. It was time to get a dog. We ended up with a dachshund. When it came time for a name, 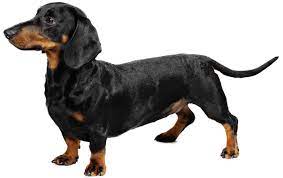 the parents suggested Bismarck. Neither I nor my brothers knew why, but we didn’t care. Nor did we get a straight answer when we asked, insofar as I remember. We wanted a dog, and Bismarck was fine. Looking back, I think if we were sticking to geographical names, Fargo would have been much classier. But the movie hadn’t been made, so I don’t think it would have been a strong candidate.

I loved (our) Bismarck.  I remember in particular taking him for walks in the Reseda, California neighborhood where we had moved – two parents, four boys, and a dog. I got an allowance of one dollar per week, and 15 cents of that went to an ice cream cone at the Dairy Queen. The employees there always put a little ice cream in a separate dish for Bismarck to lick. I kept the entire subject of going to the Dairy Queen a secret, as the parents thought I was saving money for college, or something equally worthwhile, instead of a frivolous mid-day snack. However, on a neighborhood walk with the entire family, my free-spending father purchased cones for everyone at the same Dairy Queen. The employees recognized Bismarck immediately and the secret was out. I was mortified, but, as it turns out, the parents were merely amused.

Unfortunately, Bismarck, like Hemingway, was a little too nippy, and the recipient of his no doubt playful biting was my two-year old brother. So we gave him to a nice couple who promised to take good care of him.

5 Responses to We Named Our Dog After the Iron Chancellor