Prompted By Hacks and Scams
18 comments. 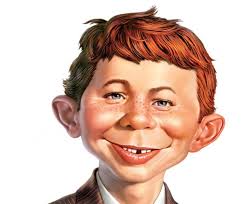 I don’t understand what the big deal is with this week’s prompt.  Hacks and scams?  OK; I’ve had a few, but too few to mention.  Like Trump, I’m a stable genius.

I don't understand what the big deal is with this week's prompt.  Hacks and scams?  OK; I've had a few, but too few to mention.

Let me put it this way.  I have been dating a steady stream of beautiful young Asian and Eastern European women, all of whom anxiously sought out my friendship.  And I have been able to keep them deliriously satisfied all night long by virtue of some amazing enhancement/enlargement products and little blue pills that I have acquired at ridiculously low prices from highly respected Canadian pharmaceutical companies.

And how have I been able to lavishly entertain these beautiful ladies when we were not engaged in conjugal bliss?  Easy peasy.  I entered into a complex but highly remunerative partnership with an exiled Nigerian Prince.  I have reaped millions from this arrangement simply by virtue of a very modest up-front investment on my part.  Kudos to the Prince for somehow knowing that I was exactly the savvy investor he needed to unlock these fortunes for us both.  And I understand that he is now back in power, too.

That said, it has not been all rainbows and unicorns for me in my virtual transactions, particularly the telephonic ones.  The IRS has been hounding me for years for tax delinquencies.  I also seem to be in deep trouble with regard to thousands of dollars of student loans that I incurred, though I could have sworn that my father paid all my tuition.  Go figure.  And, most recently, I have been threatened with revocation of my Social Security Number — almost my very soul — despite the fact that I even got a replacement card last year.   Maybe I better call Saul.

18 Responses to What, Me Worry?