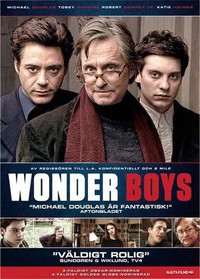 I love watching movies and there have been many movies I have loved.  But I almost never re-watch a movie.  Why?  To state the obvious, I’ve already seen it and life is short.  I feel the same way about re-reading books, even the ones I’ve loved.

The only movie I recall seeing twice growing up was the1963 “Tom Jones” starring Albert Finney.  I loved it, but that was not the reason I saw it twice.  I had seen it with some pals, but then learned that a girl I really liked wanted to see it. So, selflessly, I invited her to see it with me.  I don’t recall whether I told her I had seen it before or not; I do recall not being sure which would sound more flattering.  Also, who could resist taking a girl to a movie with the sexiest seduction scene ever filmed with fully clothed actors?   We went out for a bite to eat after the movie and, of course, discussed the scene, but our meal didn’t have the same “happy ending” as the movie did.  I mean, we were just fourteen.

But my one post-adolescent exception to the no re-runs rule is the 2000 movie “Wonder Boys.”  Why? I am not entirely sure, but I could watch it over and over again, and have probably seen it half a dozen times.  And yet this movie may be a new one for a lot of you.  For a variety of reasons — all wrong, IMHO — it was not a commercial success, though it did get generally good reviews.  De gustibus non disputandum, I suppose.

I could, and probably should, just attach a link to the Wonders Boys Wikipedia page and then write the shortest RetroFlash in history: “Watch This!” That would also have the advantage of not giving away any spoilers.  But I am not (quite) that lazy.  Plus, as a recovering litigator, I always like to believe that I can convince my audience of the wisdom of whatever it is I’m trying to convince them of.  So let me discuss the movie a bit in an effort to justify my obsession with it.

First, the movie is based on a book of the same name by Michael Chabon, one of my favorite contemporary novelists.  I think I’ve read everything he’s written, starting with his Pulitzer Prize-winning “The Amazing Adventures of Kavaler and Clay.”  I had also read and much enjoyed “Wonder Boys” (an earlier novel) before the movie came out, so was really looking forward to it.

Second, “Wonder Boys” has an amazing cast, headed by Michael Douglas, co-starring Robert Downey Jr. and Tobey Maguire, and with featured roles by Frances McDormand, Rip Torn, Richard Thomas and a very young Katie Holmes. Douglas is perfect, and was just starting his great transition from screen pretty boy to wiser, more world-weary older guy. Downey, who was still in the midst of his real life “bad boy” stage, played to type — a glib, rougish alcoholic ne’er-do-well — but also one with a heart and (spoiler alert!) gay.  As for Maguire, I can find his wide-eyed little boy persona tiring, but it was perfect for this role.  And I enjoyed McDormand in her smaller part as a responsible dean’s wife/secret mistress much better than in her current dour and brutally unglamororized roles (though I know there will be disagreements with me on this, and she has certainly won a ton of awards for the latter).  Also perfect in her supporting role was Katie Holmes as a hot undergraduate cutie who has a crush on the much older Michael Douglas character. A stereotype, perhaps, but she was believable and did not play down the character’s obvious smarts.

But here is one of the ironies of Wonder Boys: the plot is a fairly trite one.  It is about a famous novelist (a seemingly one-hit wunderkind — no doubt a reason for the title) who is now a cynical and aging English professor getting by on fumes and unable to complete his long-awaited and sprawling second novel.  In the meantime, and not surprisingly, his personal life is spiraling out of control, as he has separated from his third wife and his mistress has just learned she’s pregnant.  By contrast, there is this weird little freshman kid who is one of Douglas’ students and who seems to live in the haze of his own perpetual lies.  Yet it would appear that, beneath this, the kid is truly a literary genius  — or at least an idiot savant — who has somehow written a brilliant first novel.

Despite these unoriginal characters, the movie soars.  In many ways, it is simply a series of delightful set pieces — keep your eyes out for a gun, a dog, an enormous manuscript and a (possibly) stolen car — but ones that work both on their own and blended together as parts of several cohesive story lines.  In other words, it a quintessential “shaggy dog story,” and a bit of a “road trip” movie, too, and yet much more than any of those individually.

Ultimately, Wonder Boys is a multi-layered story with a happy and redemptive ending for everyone we care about — and we do care about almost all of these characters.*  Indeed, the movie almost made some of the grittier neighborhood of Pittsburgh in the middle of winter seem like places one would like to live, or at least visit.

But enough from this faux auteur.  I probably should have just written my super-brief RetroFlash and saved us all about nine hundred and sixty words.

* Another spoiler alert, but important for anyone who might over-extrapolate from the plot’s general obviousness: no, the professor does not kill the kid, steal his novel and claim it as his own.