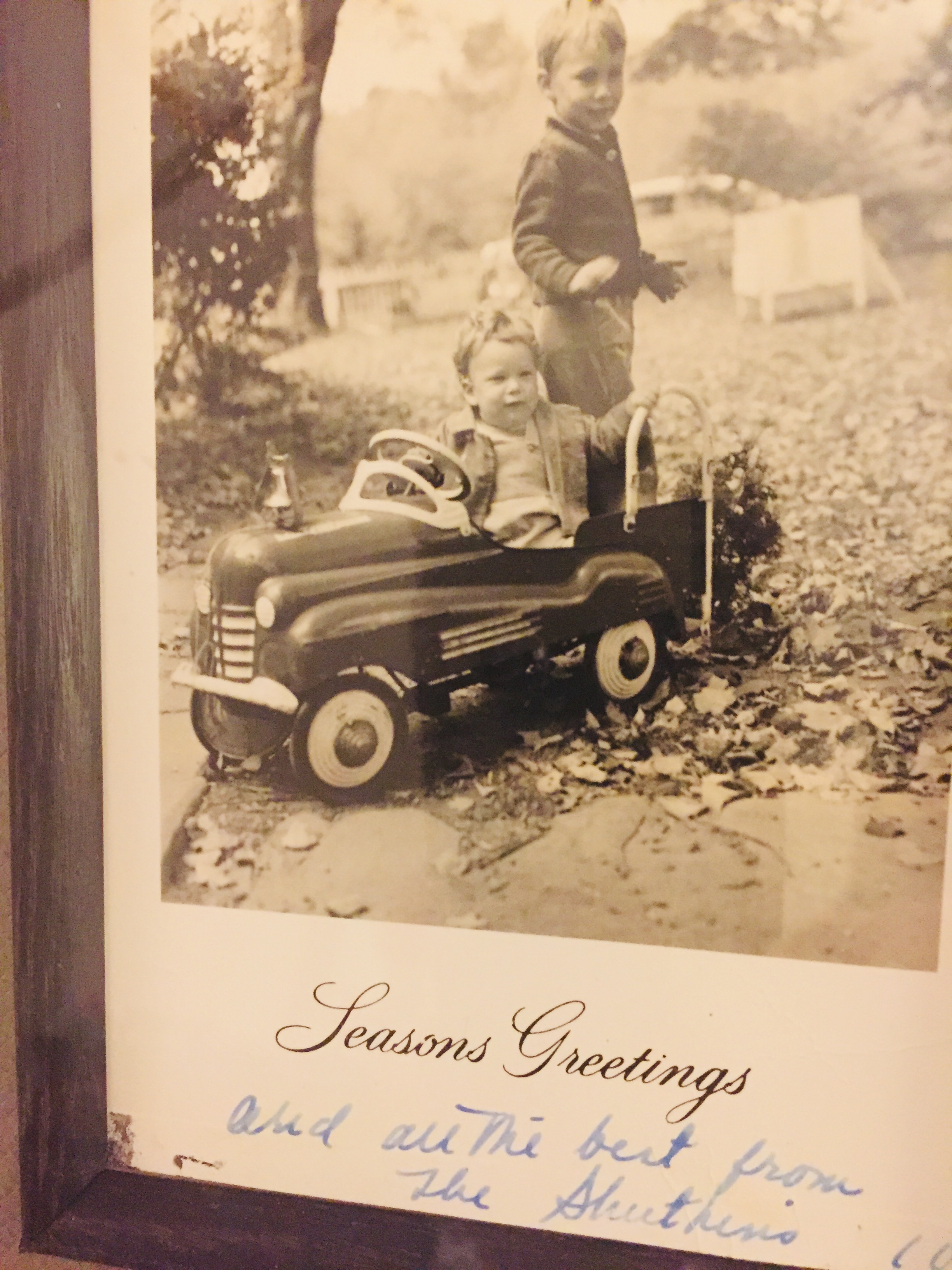 When I saw this week’s prompt, I immediately thought, in NFL parlance, this would be a “bye week” for me.  My parents took photos — of course, more of my older brother than of me — but no baby book for either one of us. Similarly, plenty of photos of my darling daughters — again, more of the older than the younger — but no baby books.  Great.  I’ve had plenty to do in the office this week, was away this weekend for the Yale-Harvard game (don’t ask), and then Thanksgiving feasting and indolence is to come.

When I saw this week's prompt, I immediately thought, in NFL parlance, this would be a "bye week" for me.

But, while shaving this morning, I noticed in the mirror the two holiday photo cards from when my brother and I were very young that I came across a few years ago in the stuff I had held onto when my mother died.  My wife considered these cards to be the height of adorableness (adorability?) and insisted on getting them nicely framed.  I was OK with that so long as they were relegated to somewhere they would not be particularly on display — i.e., our master bathroom.

I have now taken photos of the cards and post them here.  Adorable, no?  I am the little cherub sitting in the firetruck in the featured image and on the right in the fireplace picture below.  The dog in the middle of that picture was named by my brother — yet again, the prerogative of the older child.  With an utter lack of creativity, he named him “Collie.”  I have never forgiven my brother. 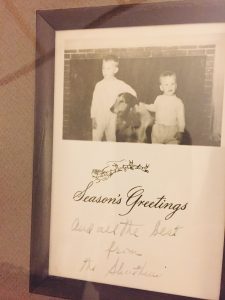 And lest anyone think I am (or was) incapable of also helping to create adorable babies, I copy below the picture from the New York Times about my older daughter’s baby shower which I talked about in my “Babies” story a while back.  I am not including a picture of my adorable younger daughter because, of course, she’s the younger daughter. 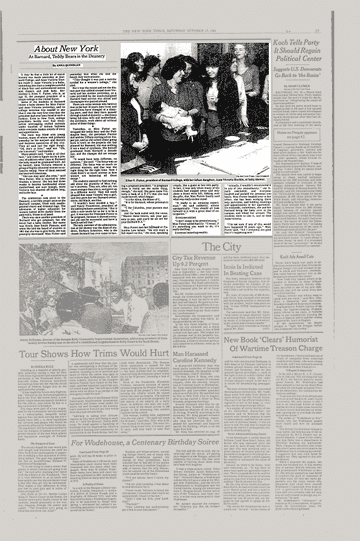 12 Responses to You Must Have Been A Beautiful Baby…