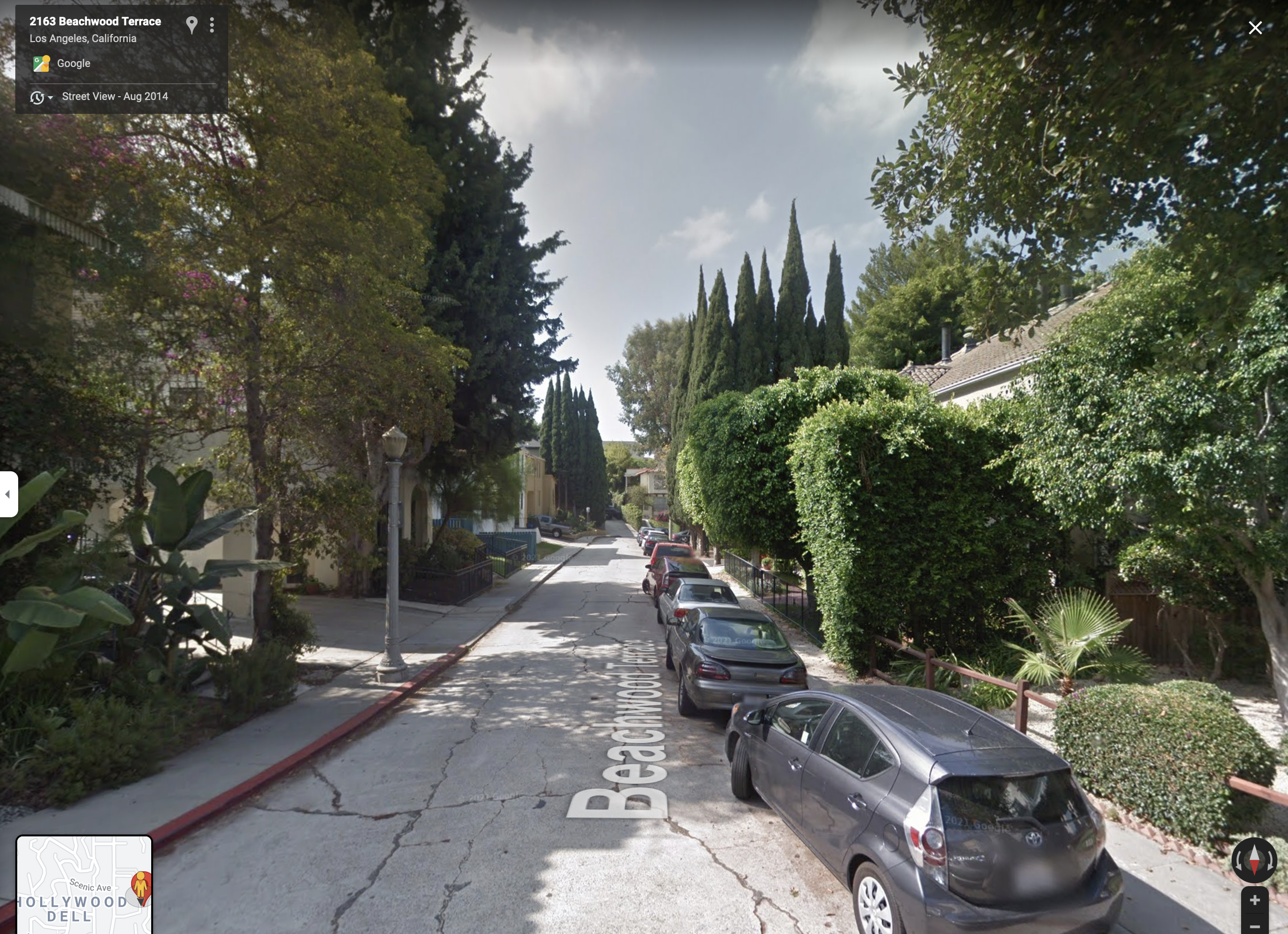 I live on a cul-de-sac in the less extravagant environs of the HOLLYWOOD hills. Although the neighboring street rushes with traffic, our dead end remains quietly Mediterranean with its cypress trees and terra-cotta tiled roofs. In fact, the little street is so insignificant, we don’t have street-cleaning days, leaving only the 72-hour limit that applies to all Los Angeles streets.

At first, that seemed great. No Monday-Tuesday parking shuffles that plague “real” streets. However, we soon discovered that people took advantage of the parking anarchy of our cul-de-sac. They warehoused vehicles and left on vacation. The occasional stolen car languished until towed. Ignorant strangers would straddle two parking spots for days. All that was bearable. But when Dickless Kenny moved into the rambling old house at the end of the block, all hell broke loose.

Nobody knows where Dickless Kenny got his name, and no one bothered to check its veracity; it just seemed implicit in his character. At first, no one noticed DK’s arrival. But first one beat-out Mercedes Benz landed on the street, a station wagon stuffed with junk — bags, boxes, stacks. Soon afterward, another Benz wagon showed up, equally derelict and apparently the offload of an abandoned kitchen, including a spotted microwave.

Although we don’t live in the lofty land of Teslas and Lamborghinis, most folks here own okay cars in working condition and, because this is LA, they’re usually kept clean and — most important — they move with the mobility of their owners. But there are only seventeen parking spots on the street and empty parking spaces fill up fast nights and weekends.

Everybody in our house drives a car of their own; we have many more vehicles than garages …or parking spaces. For example, during Dickless Kenny’s tenure on the cul-de-sac, we had five and sometimes six people living in our large and comfortable old Hollywood duplex. The two garages were full of hand tools, plumbing parts, wood scraps, outdated tax papers, a table saw, an outboard motor from Norman Rockwell’s time, and the remains of theater productions we had mounted in Los Angeles. 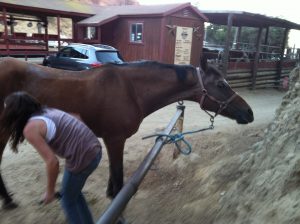 One of our tenants and neighbors kept a horse at the stable at the top of the hill. She was a small but tough equestrian with a working TV career. She drove a Jeep Cherokee. Her roommate was a hairdresser to the stars and drove a Lexus. My partner Susan and I each drove a succession of Priuses. People came and went. Autos stacked up in the driveway like driftwood on a beach, but we maintained sanity, civility, and friendship with an elaborate signaling system we called “car ballet.”

It’s also important to know that the house and cul-de-sac teemed with passionate animal lovers and stray rescuers. We lived for, loved, and cared for cats and dogs, from chihuahuas to a pug named Penny to a cowering pit bull and, of course, the one large, fun-loving horse named Sheba, who lived at the stable by the HOLLYWOOD sign.

Kenny’s house hunkered down at the end of the cul-de-sac and overlooked the entire street. He was unemployed, sweated incessantly, and passed his time by filling his house with junk and cramming the street with junkers. The two kraut cars were followed by a vintage Honda hybrid, a paint-scabbed van, a puke-colored Peugeot from revolutionary times, two Toyotas and a former muscle car that had atrophied into rust and exhaust smoke. From his perch, Dickless could spot and fill any parking space that came available. At times he had upwards of seven to ten wrecks sullying our quaint 17-spot lane.

We tried everything: appealing to his sense of community — he had none; reminding him of the 72-hour limit — he rotated wrecks; calling the abandoned vehicle number — he would intercede, whining, sweating, and jump starting his dead vehicles with a set of jumper cables that probably saw more use than his toothbrush. Dickless Kenny drove us all mad, but, as with anyone who had been hated or at least disliked for his entire paunchy, middle-aged lifetime, he was impervious to social pressure. The one person he feared was the meter maid who periodically cruised by to blue-chalk the tires of Kenny’s barely mobile junkyard.

Kenny had a wife, a sharp-tongued woman who stayed with him, we supposed, until she could get a green card. We would have felt more sympathetic if she hadn’t been as ill-tempered and bitter as Dickless was anxious and unctuous. Intermarital communication between the two consisted of TMI-filled hollering matches that no one wanted to hear. But she did have a little dog that went everywhere with her. The dog seemed to be a favorite source of altercation between Kenny and his wife; it frequently joined in the marital hollering match with yip yap tattoos.

Finally, as he probably had all his life, Kenny blew it. One of the cul-de-sac habitués had seen the couple descend from their dead-end ruin, arguing. In a fit of pique, Dickless lifted his partner’s little dog up by the leash, and tossed it, squealing and squirming, into one of the trash bins that decorated the front of their manse. That was it. Outrage ignited the cypresses. People charged to the dog’s rescue. Susan and the equestrian wrangler downstairs stomped up the street. Other neighbors joined the circle that surrounded the couple who were — at this point — not a couple but two fiercely battling adversaries.

Simultaneously, the meter maid had driven onto the street and had — either out of spite or by virtue of the law — called a tow truck to haul off the rusted-out muscle car that Kenny had let slip through his obsessive-compulsive vehicle tracking system. So, while Dickless Kenny fought with his partner about the little yapper and people called animal rescue to report the abused chihuahua, the tow truck was backing up to the offending junker. Kenny broke out of the circle of neighbors and tore up the street, hollering and gesticulating. The meter maid, being not a maid but a rather solid gentleman with no need to back off continued to oversee Kenny’s tow job.

Shaking, shouting, and sweating simultaneously, Dickless Kenny backed away from the meter maid, but his enraged wife was not to be deterred from declaring war on someone. Tucking the hapless dog under her arm, she walked brisky up to Kenny who — taking one look at his furious wife — took cover behind a palm tree. She handed Kenny the chihuahua, charged the meter maid, and delivered a straight-arm roundhouse to the side of his head. That was it. Within minutes, the street filled with hooting black-and-whites, slamming doors and dark blue uniforms. They may not be armed, but you don’t mess with a meter maid in LA.

After the usual interminable time with the scowling perp sitting in the back of a police car, the offending auto was towed, the dog found its way into our downstairs neighbor’s arms, and the crowd dispersed. The woman never returned, the cars disappeared one-by-one, and Dickless Kenny went the way of all les miserables of the world.

14 Responses to Dickless Kenny and the Cul de Sac