Labor Day: Which Employers Do Baby Boomers Most Admire? 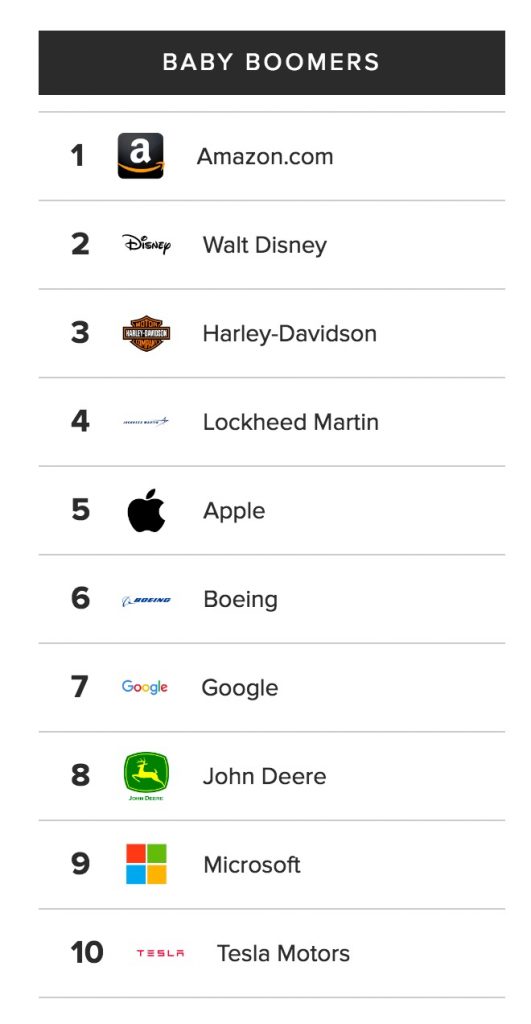