Nostalgia for letter writing in the old fashioned way.
END_OF_DOCUMENT_TOKEN_TO_BE_REPLACED

Being a somewhat sickly kid, I had been out with the flu the day my class took the Iowa Achievement Test in 4th grade, so on February 20, 1962, along with all the others from my Detroit elementary school who had missed that test, I sat in the small, upstairs art room all afternoon taking the make-up test. I don’t remember who the proctor monitoring the test was. Perhaps it was the art teacher, Miss VanAntwerp. She was a legendary, well-liked teacher at the school. She ended each class by saying in a booming voice, “STOP! Don’t move…don’t even breathe!” Then we knew it was time to end our art project and clean up our space. She would have been an excellent monitor.

But this afternoon was different. We all knew John Glenn was making a historic space flight and throughout the afternoon, our principal interrupted our endeavors by coming on the PA system with updates on the progress of his flight. We broke off whatever we worked on and sat in rapt attention to the short announcement. The proctor stopped her watch for that moment before we got back to our test. John Glenn was doing fine and on track to make history. We knew he had completed his mission before our 3pm dismissal bell! We were elated.

My parents watched the Huntley-Brinkley Report on NBC during my years at home. The program went off the air on July 31, 1970, just as I was about to go off to college. They then switched allegiance to CBS and Walter Cronkite. I’ve watched CBS ever since.

Even now, we watch the news on CBS, both national and local. We do not watch any cable TV, regardless of our political leanings (which anyone who has read my writing knows is very liberal). Dan can barely bring himself to consume any news these past years since November, 2016. I devour it, but mostly in print.

There are several news events that stick in my mind forever, but the John Glenn space flight is the first that I can recall and I knew exactly where I was and what I was doing. I was 9 years old. I even had an opportunity to meet him many decades later when he received an honorary degree from Brandeis. At least I could shake his hand.

I have a theory about car trouble.  Let’s call it the “CT [i.e.,”car trouble”] Scan Theory.”  I even have a “CT Scan Corollary” and some empirical evidence to support the CT Scan Theory. But what I don’t have behind it is logic.  Let me explain.

The CT Scan Theory posits as follows: “The only things that can go wrong with your car are things that you can understand.”  The CT Scan Corollary then goes on: “To minimize car trouble, know as little as you possibly can about cars and their possible troubles.”

So, for example, over the years, my brother, who knows a great deal more about cars than I do, has had all sorts of problems with his cars that I do not have with mine, involving such esoteric parts as the alternator, the distributor and the connecting rods. Huh?  And need I mention how expensive and time-consuming such repairs are?  No wonder my brother has always been on a first-name basis with whomever he goes to for car repairs near where he is living at the time. And I believe all of those guys have very nice vacation homes.

I have never had such car troubles.  My cars get dead batteries or low tire pressure readings, which I can usually fix myself, and that’s pretty much it. Or they get dinged in a parking garage, but that’s really a whole different issue. For example, I know nothing about  cars’ electrical systems beyond the battery — or, to state the obvious, their more recent computer systems — and they never fail me.  As to the dead battery issue, two words: jumper cables.

In fact, my most recent example of the CT Scan Theory was last year when my wife and I were on a mini-vacation with my brother and his wife.  My low tire pressure warning light suddenly went on.  Frankly, the most complicated part of that problem was simply figuring out what the light meant; it is hardly intuitive: 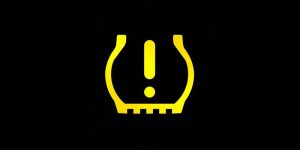 But once I consulted my owner’s manual and learned what it meant, I dropped the other three off at a local art gallery and went to a nearby gas station which had an air pump around the side.  And here’s the really great news: those air pumps, which used to cost $.25 to use, are now free!  So I quickly filled all the tires to the recommended pressures (one tire was slightly low, but the gauge probably went off just due to a sudden change in the temperature, which often causes the gauge to go a little wonky), and voila — problem solved!  And off I went to join the others at the gallery.*

And, for the record, I also know how to re-fill my car’s windshield washer reservoir, and keep it topped up. So I’ve never had to abandon my car in the middle of a long drive due to an unclean windshield.

OK; I know the CT Scan Theory is wishfully bogus, but I do faithfully follow the CT Scan Corollary and continue to be willfully ignorant of how most car systems work, lest my greater knowledge somehow lead to greater car trouble.  In the meantime, my brother’s car was back in the shop recently due to a problem with the tie rods, whatever the hell those are. (Per my brother, they have absolutely nothing to do with the connecting rods.)

That said, I have been working lately on exactly how the CT Scan Theory works.  I hope to have it figured out soon: 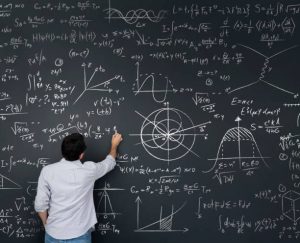 *In the interests of full disclosure, I should note that I also had to “re-calibrate” the warning light to make it go off.  But, again, a brief review of the owner’s manual explained that fact and described the four diagnostic settings to press on the information screen (SETTINGS-VEHICLE-TPMS CALIBRATION-CALIBRATE)  to do so.

If not for Retrospect, I would probably not be writing at all.
END_OF_DOCUMENT_TOKEN_TO_BE_REPLACED

Why do we write?   For me words seem to come easily and I enjoy the writing process.   (See Why I Blog)

But here’s what some renown writers have to say about their writing life.

“I write because I can’t be satisfied with the colossal job of living … I must order my life in sonnets and sestinas to provide a reflector for my 60-watt lighted head.”   SYLVIA PLATH.

“I write because there is some lie that I want to expose.”   GEORGE ORWELL

“Writing is my way of expressing – and thereby eliminating – all the various ways we can be wrong-headed.”   ZADIE SMITH

“Why does one write?  Because she feels misunderstood.  Because she wants to rephrase the world.”   NICOLE KRAUSS

“I write because I don’t know what I think until I read what I have to say.”    FLANNERY O’CONNOR

“Because I can’t escape it.   It’s a way for me to address and counter my questions about what it means to be human.”   JUNOT DIAZ

“Any writer worth his salt writes to please himself – an exorcism not necessarily of his demon but of his divine discontentment.”   HARPER LEE

“Why do I write,  torturing myself to put it down? … Certain ideas keep filing away at my lethargy,  my complacency.”   RALPH ELLISON

“I write with a grim determination to deal with things that are hidden and difficult.”    COLM TOIBIN

“I just knew there were stories I wanted to tell.”    OCTAVIA BUTLER

And why do we read?

My conclusion from this is that we, or many of us, write for the satisfaction of having our words survive the birth canal, and be launched into the stream of time.
END_OF_DOCUMENT_TOKEN_TO_BE_REPLACED

I write because Suzy Underwood put out a plea to my college class listserv for stories about interviews, and I thought I had a good one.
END_OF_DOCUMENT_TOKEN_TO_BE_REPLACED