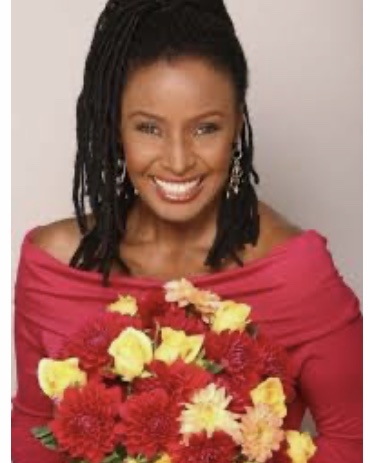 I was so sorry to learn of the recent death of restaurateur Barbara Smith at age 70 after a decade-long and very public battle with Alzheimer’s.   She and her husband chronicled their years living with the disease in their book Before I Forget.

I had followed Barbara’s career since she was a beautiful young model and in 1976 only the second African American to grace the cover of Mademoiselle magazine. 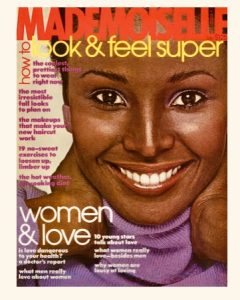 Also a talented Southern cook,  Barbara went on to open the highly successful B. Smith’s restaurant in New York’s theatre district,  and eventually to add two more restaurants to the chain.  Her charm,  her taste,  and her business acumen led to lines of cookware and furniture,  and an apt comparison to Martha Stewart.

Over the past few years I rode the Metroliner fairly regularly to DC and discovered the B. Smith’s restaurant located then in Washington’s beautiful Union Station.

But my favorite B. Smith’s was the beautiful, airy restaurant on the wharf in Sag Harbor.  We headed there for lunch or dinner whenever we were in the Hamptons,   and twice had chance encounters there with Barbara Smith and her husband Dan Gasby. 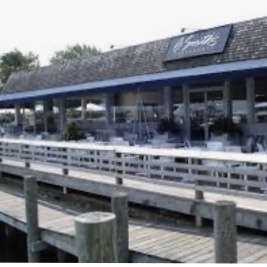 The first time I spotted them there we stopped at their table to introduce ourselves,  and they invited us to sit with them awhile.   We talked about life,  family,  politics,  and Barack Obama’s recent election.  They were  both warm and gracious,  and Barbara looked as lovely as she did in her fashion shoots.

We laughed at the fact both husbands were named Dan,  and their daughter shared my name, Dana.    Back at our own table we were finishing our meal when the waiter brought us dessert with their compliments.

A summer or two later we were back in Sag Harbor and again spotted them at the restaurant.  We spoke again and mentioned it was our wedding anniversary.  Later our waiter brought us a  complimentary bottle of wine,  followed by Barbara and Dan themselves coming back to voice their good wishes.

You might say other savvy restauranteurs may have done the same,  but not with the same grace.

12 Responses to B. Smith