Prompted By One Year of the Pandemic
18 comments. 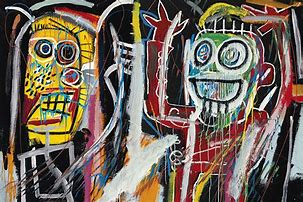 One year. The planet rotates around the sun, the axis tilts us toward and away from its light and heat. One year. We measure its passage in cycles of sunrise, sunset, light and dark. One year measures the cycle of nature and of culture, the anniversaries of births, deaths, the seasons, the tempos of human experience — heartbeat to bebop, harvest to new crop, tires on a freeway,

Survival. From first breath taken, tumbling onto sidewalks, off rocks, over nail kegs, and down stairways, swimming to exhaustion, extricated from machinery, over-anaesthetized in surgery, riding suicidal motorcycle syndrome, a determined, strategic, and final 4-F refusal of duty in Vietnam, icy and precipitous mountain roads, high-altitude and deep-water inebriation, blood clots, hypertension, venereal and arterial disease, and four years of Drumpf. We survived. One year older. 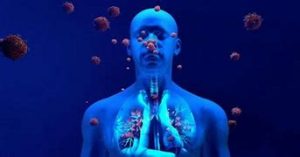 Origins. Due to a distortion in the planet’s 3.5 billion-year-old biosphere, a viral spike protein begins to hook into human body host cells that grudgingly give life to the protein. Spiky offspring fly out of throats by the billions to find more hosts. A contagious filigree of eager protein spreads.

Accelerating as it multiplies, this spiky aerosol network floats over 7,830,000,000 humans and tosses us each into rapidly changing societal cauldrons. For a year now, we each float in an outward radiating helix. Each of our circles merge, converge, twine, intertwine, and ricochet off 7.8 billion other radiating rings. Bubble, bubble, toil and trouble. 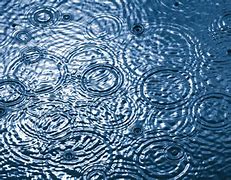 At the center of each helix, arranged by circumstance of place, class, and fortune, we live safely or in jeopardy, stricken or recovering, dying or dead in the bardo. It’s happened so quickly that — according to outside sources — no one, not one of two million Covid casualties has yet to move on from the bardo to any form of transmigration. The place is jammed, busier than during all the wars combined.

I live safely. I am isolated but survive with the love, companionship, support, parallax viewpoints and annoyances that come with constant human and feline companionship. I am infinitely more grateful than I am annoyed by the company. I continue to work uninterrupted and I have food, water, shelter, warmth and I live in beautiful surroundings maintained by our own hard work.

Where my circles overlap with other circles, I see loneliness and community, jeopardy and support, patience and anger, confusion and contentment. I see people not wanting to leave their homes, people living out of boxes, desperate to escape their circumstances, people afraid to leave their living spaces, people at risk through the demands of their work.

I see families crowded together in small apartments with children whose energy has been smothered by isolation. I see fathers coping without mothers, daughters mourning the loss of brothers and parents and grandmothers. I see defiance, men with guns and no masks, dressed in little boy pants and big boots, gathering, not out of loneliness, but out of spite. 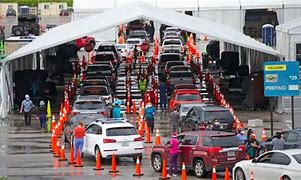 Then I see science move minds to build an ingenious remedy from existing parts, no wheels to reinvent, brilliant actors delivering dazzling tweaks to the microspheres of proteins. I see skilled hands moving with surety, meditative smiles on the faces of healers, the power of design and process in the layout of orange cones on a sea of tarmac. I see the presence of government. Government here to help; government, not to hinder, not to limit or prohibit, or steal but to rescue us. And to think that all of this has happened in one year’s time. 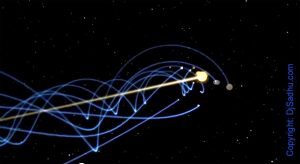 One year. The planet rotated around the sun. Our axis tilted first toward and then away from light and dark. A cycle of political violence, the festering boil of racism burst onto streets full of cops, the virus, and ecstatic resistance, an election that drove a stake through a zombie political party, endured a gaslit insurrection and banished its grotesque leadership. One year. Same as always, a year. But in that one year, the world has spun light years beyond the tic toc of annual cycles. It will never be the same; that’s a good thing; and that’s a bad thing.

We each float at the center of a separate, outwardly radiating helix.