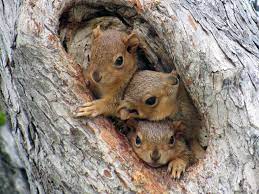 Humans are so superficial! They love the blue jay because of its striking color. Don’t they ever notice what a bully and a pest he is?

We just experienced the darkest day of the year and so it’s time for our family’s annual letter—if Skampy and Bucko will just let me concentrate for a few minutes. The boys were out exploring and discovered a pile of black sunflower seeds that the yoga lady tossed out her window. We call her the yoga lady because we see her in her house doing yoga almost every morning, talking on one of her screens to other humans who are also doing yoga.

The boys keep scooping up seeds and running to show me. “Here’s another one!”  “Ma—another one!” Kind of makes it hard to work on this letter. Yeah, I get it, kiddos: You’re having quite a sumptuous feast for this early in the day—and you didn’t even have to work for it.  I’m not sure how I feel about these humans who make it so awfully easy for my kids to forage. Too easy!  The yoga lady may move out some day, right? They need to be able to forage in conditions more akin to the real world. I don’t want them to go around with an overly grandiose sense of entitlement.

You know what’s ironic? Just a few months ago, the yoga lady put up what the discarded packaging called a “squirrel-proof” bird feeder. Pshaw!  We can eat out of there any time we want. OK, we have to work a little harder to distribute our weight just-so, to keep our bodies from weighing down the spring latches and thereby closing off the little windows to where the seeds are stored. Knowing that the feeder’s prevention mechanism has been something short of a resounding success, the yoga lady is literally pouring mounds of black sunflowers on the ground to divert our attention away from the feeder. Those seeds are more nutritious than the cheap blend of seeds she puts in the feeder–so, la-di-da, my family will be more than happy to eat those for now and leave her precious feeder alone. 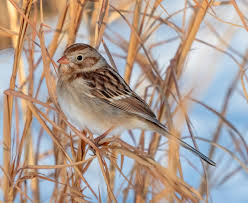 Why is she trying to divert us? That’s simple. She likes Dukey, Beanie, Rollie, and Simon better than she likes us. I call them by their names, because they are my friends, but she—the great human protector–refers to them patronizingly as “those poor little hungry sparrows.”  Hey, even when we raid the feeder, our sparrow friends never starved. They always got plenty. 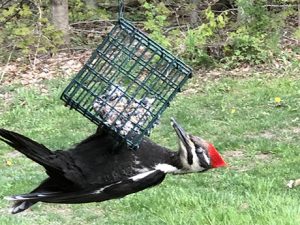 Eugene Danielson checking out the suet–he doesn’t even like suet but he thinks this is a cool pose!

Humans are so superficial!  They love the blue jay because of its striking color. Don’t they ever notice what a bully and a pest he is?  And when Eugene Danielson shows up, they  go ga-ga because of the red tuft on top of his head that contrasts so artistically with his pure white belly. In case you don’t know Eugene, I’m speaking of our local piliated woodpecker. He thinks he looks so cool when he attacks the feeder in the upside-down position. It’s not that he can feed better in that position. It’s a style thing. He’s the “Fosbury Flop” of feeder birds. I don’t know why the peckers insist on having last names, but they all do. There’s the Danielsons, who’ve spread out around where we live, and then just a mile or so away, there’s another family of piliiateds who call themselves the Calabrezes. Equally obnoxious if you ask me. The rest of us are perfectly fine with first-names.

Well, enough about the local scene. Let’s look back on the year we just finished.

The weather is changing so much. We’ve had coyotes, and bears, and even a moose wandering around. We didn’t used to see those around here. And then some of the migrating birds stopped migrating. And some stayed extra time in Canada so by the time they did migrate down here, the kinds of berries they were looking for were already finished and gone to ground. I felt bad for them.

Something is going on with the humans. They’re not driving their own cars as much, just leaving them in the driveway and taking walks outdoors. They’ve got even more screens than they had before, and they’re looking at them for more hours. Meanwhile, it’s unreal how many trucks are coming through our neighborhood to make deliveries to the humans. It’s like some great fear has overtaken them, and they won’t go out foraging for themselves as much as they used to do.

But thankfully, we are as healthy as ever, busy gathering whatever we need, warm and comfy in our nests.  If my only worry is about my kids getting overly indulged by that yoga lady, I think we can look forward to another good year. “Yes, Skampy, I see your black sunflower seed!” “Yes, Bucko, you’ve got three of them! Wow. Why not eat one and Mommy will help you find a hiding place for the other two. All right?”

Please Read the Letter
by Suzy