Prompted By That Night
4 comments.

It was already dark when our ride dropped us off in a business district of Columbus, Ohio. My girlfriend, whom I’ll call Alice, and I were on one of our hitchhiking trips. We were on our way home to Virginia after hitching up to Toronto to meet with a group that helped U.S. draft-dodgers cross the border and find housing. This would have been late October of 1970, after I dropped out of college. I had a low lottery number, so I knew I would soon receive a letter from my draft board with instructions to report for my induction physical.

Coming into a new city, Alice and I had found success in walking up to someone who looked and dressed like us (another “freak,” or, as Time magazine would say, another “hippie”) and simply asking, “Do you know where we can crash tonight?” Although we usually did this before dark, there were plenty of lights on this Columbus street, many from restaurants and other shops that catered to students, and it was only a couple of hours after sunset.

Sure enough, walking toward us was a petite young woman in a long, Indian-print skirt. Below her frizzy black hair and cute smile, held in both her hands, was a pleasantly mounded pie, draped by a white dishtowel with a single red stripe. Our backpacks gave us away as visitors, and she had noticed we were watching her approach, so she spoke first, with a friendly hello. We asked the question.

“You can stay with me,” she answered. “I live two blocks over. And we can have pie!” It was cherry, she added. I don’t remember who baked the pie or where she was coming from, but we followed her home. Her name was Jacqueline, but she said everyone called her Jac-rat. She was French Canadian, and an off-and-on student at Ohio State.

At her small apartment she also gave us homemade soup. Afterwards, the three of us talked up a storm in a cloud of smoke — Jac-rat shared what turned out to be a powerful joint. There was a couch, and we had sleeping bags, but when it got late she casually suggested we all sleep in her double bed. I was all for that, but tried to stay cool. Alice shrugged. I got the middle spot!

Finding myself well-fed and stoned in bed between two women was a dream come true. There we were, all of us on our backs. We weren’t nude, however. I must have worn at least my underwear, and the women were in short nightgowns. Who, if anyone, would make the first move? No one, I concluded, as the smalltalk tapered off to silence — it was up to me. For a few all-too-brief minutes, I began to gently stroke Jac-rat’s bare thigh with the fingers of my left hand, then the bare thigh of Alice with my right. I was optimistic, to say the least.

But I guess I had read too many Penthouse letters. Alice soon realized what I was doing. “No,” she said, as she got out of bed and left the room.

I didn’t follow her. Instead, I turned onto my side to face our hostess.

I stayed in bed with her. We went to sleep.

In the morning I tried again. We hugged. We began touching, tentatively, and whispering. She said it had been many months since she’d made love.

We heard the front door slam — Alice had left. That didn’t stop me. After some more talk, Jac-rat and I did end up going “all the way,” though it was too quick. I was starting to feel guilty, my stomach wasn’t right, and I was wondering if I could catch up with Alice. I jumped up, leaned over to kiss Jac-rat goodbye as I pulled on my clothes. In the living room I hoisted my backpack and stepped out the door. I learned later that I might not have seen Alice again if she hadn’t sat brooding on the front stoop for so long that morning. Even so, she was about six blocks up the street — literally up. It was easy to spot her because the street curved up a long hill, toward the highway.

Out of breath, I did manage to catch up to Alice. She heard me call as I got closer, and she stopped to wait. She wasn’t in the mood to talk, but we stuck out our thumbs. We had a credit card. We ended up that night in a Howard Johnson’s motel somewhere in Maryland. I remember the room cost $94 — an outrageous splurge for us. I apologized, of course. I didn’t hide any facts or feelings. This time we were in a king-size bed, but there was a wide space between us that night.

Back home in our apartment, which we shared with two guys (two college friends, with separate bedrooms), I eventually decided to starve myself down to get out of the draft — by getting below the Army’s weight minimum for my height, rather than fleeing to chilly Canada. Alice finally forgave me for Columbus. We were married the following spring. But my anxiety that I had missed out on the sexual experience of my peers by marrying too young would not go away. It led to our divorce a few years later.

Jac-rat and I exchanged a few letters that winter. Mine tended to be reports of mundane events and political musings. Hers, which still might be somewhere up in my attic, were pert. In her last one, she said she was moving back to Quebec. 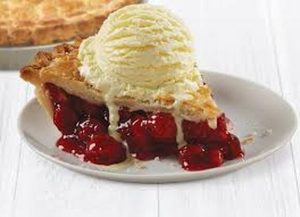