Prompted By Cliques and Clubs
14 comments. 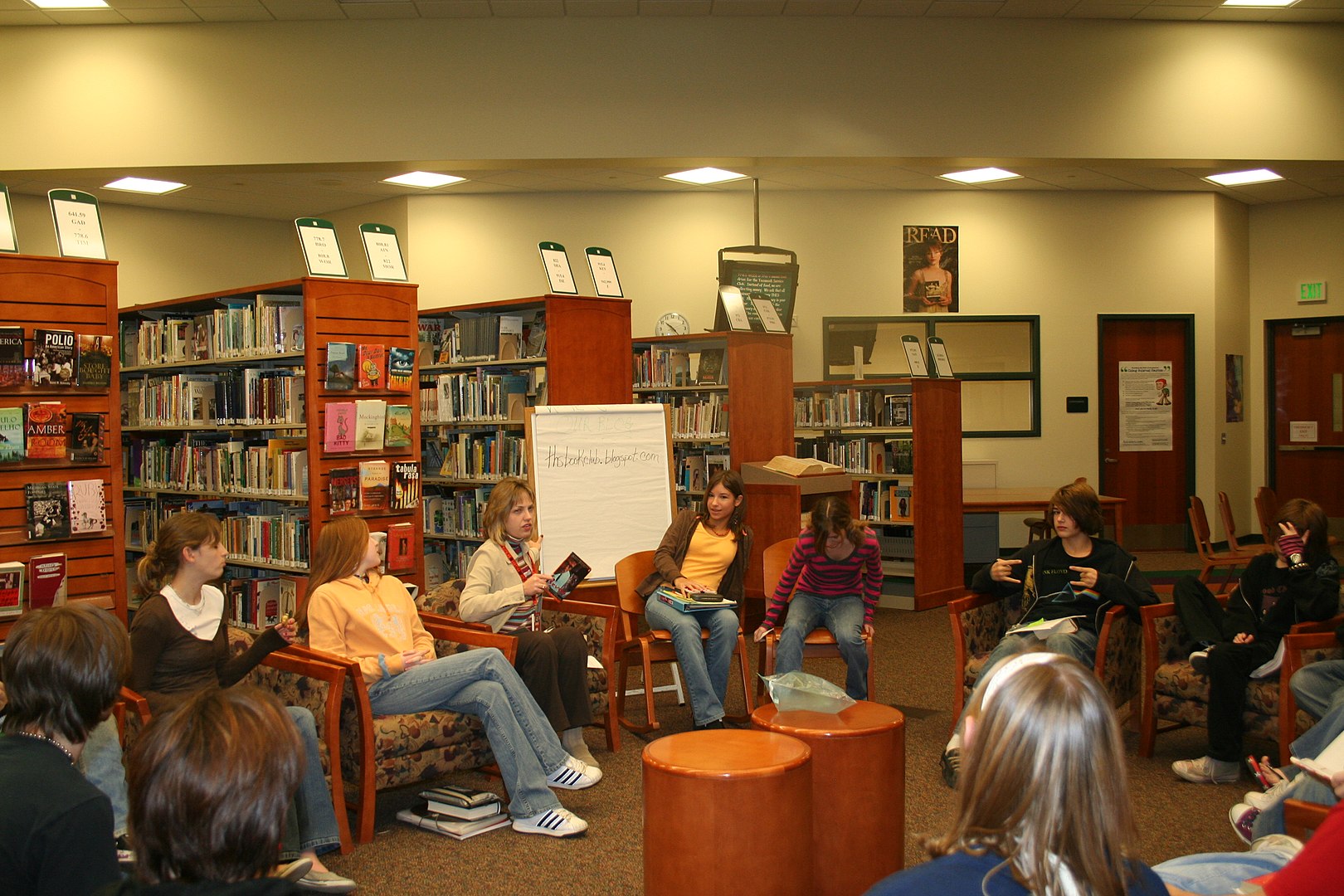 Some groups are clearly clubs, and others, cliques–especially in schools. However, for adults, the distinction isn’t always clear. Many groups have some degree of qualification for membership, such as professional licenses or experience, or ability to pay dues. Which requirements are relevant to a club’s purpose and which could be considered exclusionary? The answer can be subjective. When does a club or clique become a cult? Probably when it’s difficult to leave it. Can someone attend a club as a guest, or are there strong restrictions?

When does a guest become a crasher? When they either pretend to be a member, or act as if they intend to join the club when they would never do so.

There are so many questions, but I’d like to explore one of them: when does a guest become a crasher? The answer? A guest becomes a crasher when they either pretend to be a member, or act as if they intend to join the club when they would never do so.

I’ve attended many clubs legitimately as a guest, welcomed at some, others not as much. My sweetheart Dick is a member of the IEEE (Institute of Electrical and Electronic Engineers), and Silicon Valley has one of the largest chapters in the world, with scores of different societies and interest groups. For most meetings, now either virtual or in person, the topics are outside my areas of interest, but occasionally there is a program I like. I always feel welcome at these meetings and get a kick out of their “engineering” style: very structured, methodical, organized, well planned.

A number of years ago I didn’t feel as welcome at a singles group affiliated with Stanford alumni. The group was open to people somehow connected with Stanford or any of a few other universities. Mills wasn’t among them, so I couldn’t become a member of the group, but I could attend as a guest. Not a problem. However, like many singles groups for people over 50, the women greatly outnumbered the men, so the organizers relaxed the requirements for the men, looking the other way if there wasn’t the right university connection, but maintained the strict requirements for women.

Understandable but still discriminatory. Then I was told I could join after all, but only by serving for a year on a social committee which essentially meant working in the kitchen, serving food, and cleaning up during events. I’d already had enough of kitchens, so I declined.

I’ve had some memorable club crashing experiences that succeeded.

Smashing success. In my 20s, a man who wanted to date me (but who I liked just as a friend) invited me to a Mensa party. I have never known my IQ and had very good but not perfect SAT scores, so I expressed reservations about going. He reassured me that I’d fit in. He was right. The group was very similar to most gatherings of people with graduate-level education, and no one realized that I wasn’t actually a member.

Qualified success. I don’t recall how I got the invitation, but in my early 30s I was asked to attend a reception for a group akin to LifeSpring. I don’t recall if the group really was LifeSpring, but the idea was that people had to be dressed beautifully, with perfect grooming, and that somehow this would translate to their inner lives. The reception was for prospective members who had to have the right “look” to take the next step and be invited to join. One of my closest friends was in the fashion consulting business and helped me shop, so I had nice clothes, but I questioned the entire concept, let alone whether I could “pass.” Turned out I did pass, but the cult-like atmosphere creeped me out.

My former husband Marty and I lived hand to mouth most of our marriage and often explored groups and venues above our precarious financial status. These adventures had mixed outcomes.

Dumb luck success. We were too poor to go on expensive vacations, but Marty won a gift certificate in a raffle that we used to spend a long weekend on the Monterey peninsula. We went during the week before the Pebble Beach PGA tournament. Marty, who was an architect, had long wanted to see the Lodge at Pebble Beach, especially the rooms. The environment was rarified. As we approached the lodge, a Rolls Royce drove up with the license plate “Nobody” on it, and the driver got out to help a royal-looking elderly man out of the passenger seat. We strolled the interior public areas of the lodge and down a hallway where the rooms were, slowing down in front of a door.

A uniformed attendant approached us with a slight bow and said, “Welcome, Mr. and Mrs. Kesterson,” and before we had time to think, opened the door to the room and let us in. We smiled and thanked him. Marty admired the amazing view of the lawn and the ocean in the distance, plus the marble bathroom with gold fixtures. We heard a knock on the door, and another attendant delivered a floral arrangement as tall as I. We lingered a while but decided we couldn’t push our luck, opened the door, checked that the hallway was vacant, and made our exit before the real Mr. and Mrs. Kesterson showed up.

Catastrophic failure. On one of our weekend outings in the late 1980s or early 1990s, trying not to spend money we didn’t have, Marty and I found ourselves at the entrance of the Menlo Country Club in Woodside. The Menlo Club is where those in power, or with old money, play golf, hang out, and do deals. Think George Shultz and Condi Rice. There are signs at the entrance sternly proclaiming “Members Only, No Trespassing.”

The place looked pretty quiet, and although I was hesitant, Marty really wanted to have a look. We drove to the parking lot in his 1978 Toyota Celica, and seeing no one, began to explore. The environment was lovely, and the main clubhouse building exquisite. I got separated from Marty and explored the “ladies” locker room, which was like the fanciest spa I’d ever seen. There even was a large, elegant room with tables set up for playing cards. You could have hosted a bridal shower in it.

I left the locker room and went searching for Marty, going out a side door, across a narrow stretch of grass where there was a smaller, single-story building. I opened the nearest door and my eyes slowly adjusted to the dark room, where a group of men sat or stood, drinking and smoking cigars. All of a sudden the noise and motion stopped, and they turned toward me. One large, bald men, his face distorted in fury, cigar hanging on his lip, rushed at me. “Men only, get out!!!” Somehow I flew out the door, which slammed, and then I saw the sign, “Men’s Grill.”

I ran as fast as I could toward the parking lot just as I saw Marty, and from the opposite direction, a security guard approaching. The guard took one look at the old Toyota and shouted, “members only, get out now.” We ran to the car, jumped in, and made our escape.

14 Responses to The Club Crashers