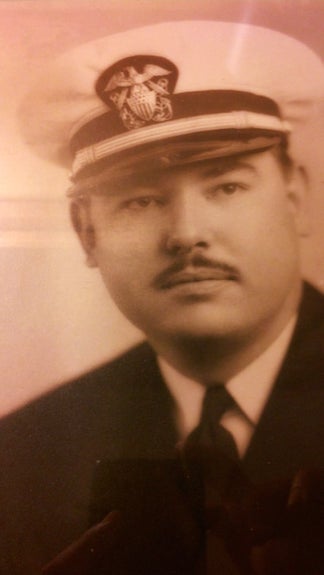 My dad and I shared the same name of William James Willis (he was the junior and I was the third), and we both were in the Navy, but since his passing I’ve realized how much more of an identity we have shared.

A dad's teachings can come in a simple gesture of kindness.

Although Dad was in the communication business, as am I,  he wasn’t much of a talker, at least when it came to handing out life lessons. But his actions have come to speak loudly to me. I suppose my own two sons would say the same about me, and therein lies another similarity.

In several nonverbal ways, Dad taught me that actions do speak louder than words.

Dad was a kind man who sacrificed for my sister C.J. and me, and he also had this habit of being kind to strangers in times of stress. One image stands out in my mind more than any other I can easily recall about Dad, and I recounted it when I spoke at his funeral.

It was on a hot summer day in Oklahoma and Dad had taken Mom, C.J. and me to the local Dairy Queen. Outings like this didn’t come everyday for our family, because this was a time earlier in his career when money was tight around our house.

We had all placed our orders and were already enjoying them at a picnic table as Dad waited to pay at the DQ window. As he was walking over to us, a little boy who had just bought his own double-dip cone tripped on the way to his bike. Both he and his cone hit the pavement at the same time, the ice cream starting to melt instantly on the hot blacktop.

The boy began to cry over his lost treat. Dad saw and heard the whole thing, and went over to help him up. Then he turned back to the window to place another order.  “One double-dip cone, please,” he told the attendant. He laid down the last of his money, got the cone and immediately took it over to the young boy who had gotten up and was drying his tears. 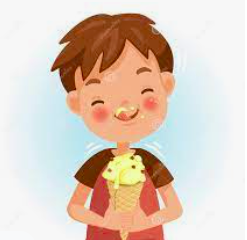 The boy’s expression turned to a broad, cheek-to-cheek grin as he began downing his new cone. Dad just came over to our table, sat down, and ate his treat in silence.

I don’t know that I was ever more impressed with my father than that day.

It would take me a long time to realize what that single moment in time taught me: that a father could teach his son the biggest lessons in life when he doesn’t realize that son is watching, nor does the observed act have to be monumental or dramatic to have it’s effect.  Dad was every bit the hero to me for simply helping a kid he didn’t know.

Such lessons don’t  take preaching or planned, articulate lessons. In fact, I only remember one such planned verbal encounter with Dad.

It came when I was 21 in June when Dad was driving me to Will Rogers World Airport in Oklahoma City, where I was catching a plane for Los Angeles where I was to join my Naval destroyer, the USS Benner. This talk had been weighing on Dad’s mind, I could tell, because he seemed distracted on the 30-minute drive and only broached the subject as we neared the airport gates.

“Son,” he began, “You’re headed to the Navy and will be in a lot of seaports. Just remember that there are two kinds of women in this world, and you want to make sure you don’t get mixed up with the wrong kind.”

“Thanks, Dad,” I responded. “I will remember that.”

What I didn’t say is that I’d already figured that much out, and that I’d already met both kinds, and a couple others that Dad failed to mention. But I appreciated his concern, and I knew it wasn’t an easy topic for him to raise, short as his speech was.

Over the decades since, that memory has always brought a smile to my face. The memory of Dad’s helping the kid at the Dairy Queen, however, has made me feel warm all over.

Happy Father’s Day, Dad, and thanks for the memories.