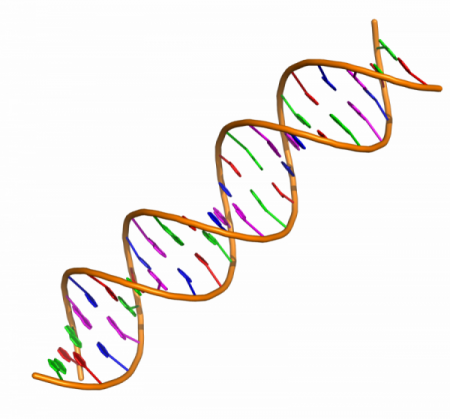 So far, I haven’t had any desire to have my DNA tested, even though so many other people I know are doing it. I don’t really want that information falling into the wrong hands, and more importantly, I don’t think I would find out anything about my ancestry that I don’t already know. However, there’s always the possibility that I could change my mind, given the fascinating things friends are discovering.

Here’s my friend Gary’s story, which he was kind enough to share with me:

It started about six years ago when Gary’s daughter did 23 & Me for genetic testing before her son was born. Her doctor had told her that he could extract data from the 23 & Me results and it was less costly than other methods for genetic testing. Long after the baby was born, Gary asked to see the DNA results. She had not looked at it for the family tree, because her only interest was the genetics. It showed her as being 50% Jewish which made no sense, since her mother was entirely Jewish and Gary was half Jewish, so it should have been 75%.  Gary also did not see any names of any of his relatives listed.

To try to solve this mystery, Gary “spit into the tube” himself. When the result came back, it showed him as not being Jewish at all, and again no names of relatives he would have expected.  He emailed an older cousin in Colorado who he thought might be able to explain. The cousin called Gary the next day to inform him that he was adopted. The whole family knew but had been told to keep it a secret, which they had done for sixty-some years.

At about the same time, he started getting contacts from new relatives who were finding him via 23 & Me. One, a second cousin, is the keeper of the family tree of his newly discovered biological family. She recommended he check out a Facebook site called DNA Detective. He went on that site and within 24 hours one of the amateur detectives on the site provided him with the names of his bio mother and father (both deceased) as well as his siblings.

After more digging, he found out that his mother was Amish, and when she got pregnant by someone not in the Amish community she fled with her sister to California where she had Gary’s half-sister Joanne.  A Jewish doctor arranged Joanne’s adoption, and she was raised as an only child in a Jewish home in West LA.

Three years later when Gary’s mother got pregnant with Gary, by a different man, she went back to the same doctor. The baby (Gary) was offered to Joanne’s adoptive parents but they only wanted the one child, so he was then adopted by another couple. His biological parents had given him up for adoption because they were not married and it was 1950.  They did get married six months later and then had three more children, his full siblings, whom they kept.

Gary also learned that his father had been married many years earlier to another woman, and had a son who is now 83 years old and lives near Pismo Beach.

Since making all these discoveries, Gary, who thought for more than six decades that he was an only child, has met his half-sister Joanne, a full sister Mary, and his half brother Bob. His other two full sibling brothers know of him but have not made contact. Gary is Facebook friends with both of their wives and has told them that when their husbands are ready, they can contact him. One brother is estranged from the whole family and the other brother has issues of some kind, so Gary doesn’t know if they will ever come around. But at the very least, he has found Joanne, Mary, and Bob. And a whole new world of other relatives that he never knew he had!

11 Responses to A Whole New World