Beauty; Where Shall One Look To Find It? by Gary Faules
10
(22 Stories) 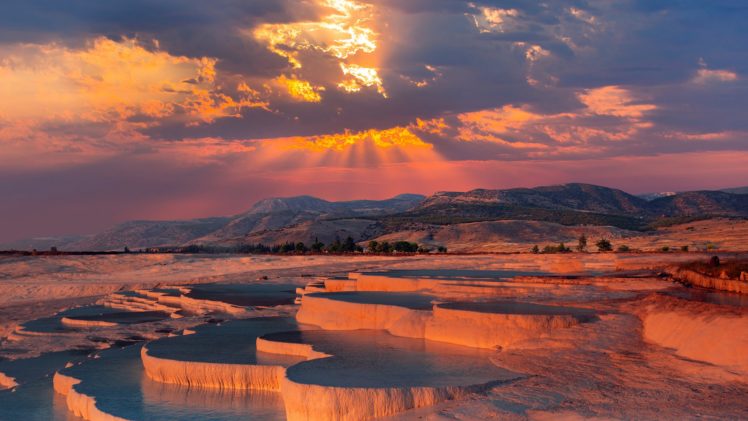 It all began with a Parrot, not just any parrot but an amazingly beautiful parrot. One day the parrot was getting a drink and saw her reflection in the clear water. It was about this time that a Cockatiel in a nearby tree asked the parrot what she was looking at so intently. The parrot replied, “What could possibly be more beautiful than me?” The Cockatiel then asked, “How do you define beauty? What makes you feel you are so beautiful?” Taken back, the parrot began to wonder what the correct response might be. Unable to find a fitting response once again the parrot asked, “What could possibly be more beautiful than I?”

The cockatiel had known all along, what the parrot had been searching for so intently wasn’t on the outside amongst the brightly colored feathers at all…. It was on the inside all along. 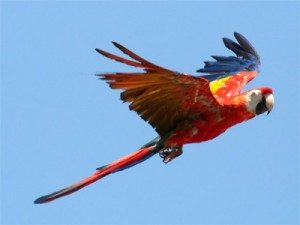 The Cockatiel flew down from the branch in the tree and invited the parrot to accompany him on a journey. “Where would we be going?” she asked. The Cockatiel simply said, “To see where beauty lives.” With that they began to fly together. “Now just look around you.” the parrot said. “Look at the beauty of the green trees, the blue sky, all the flowers and so much more. Ask yourself, does a honeybee think a parrot is beautiful? Or does a honeybee favor that entire field of yellow flowers down there?” The parrot not understanding, they flew on. 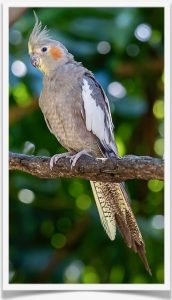 After a long flight the two birds decided to rest. Just as they were about to leave, they heard someone call to them from below. “Hello up there!” said the Koala. “What are you doing in my tree?” The parrot said, “We are on a journey to find out where true beauty comes from. Have you ever seen anything more beautiful than me?” The Koala replied, “That depends. To be honest with you, there is nothing more beautiful than a fresh limb of fresh green Eucalyptus leaves to snack on.” With that the two birds took flight in search of more truths as to where true beauty lives. 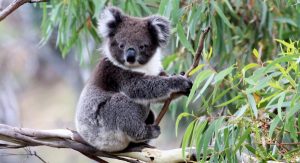 “He look down there! It’s a beautiful frog. Let’s ask him where beauty can be found.” and with that they landed near the beautiful tree frog. “Hello Mr. Frog. Can you tell us where beauty can be found?” The frog began to tell them that he felt beauty was found in all kinds of places and in many different sizes and colors. “”Have you ever seen a heard of elephants so majestically magnificent standing in the Savannah with Mount Kilimanjaro in the background? Or have you ever looked closely at the beautiful rows of markings on the hard shell of an Armadillo? There are many things in this world that are beautiful if only you chose to see them.” Again, the two birds took flight in hopes of finding the answer. 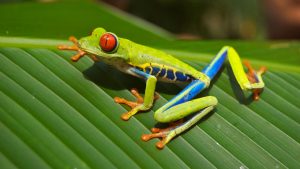 “Why don’t we see if we can find the answer in that church over there. It is often said that beauty is found in the soul. What better place to learn about one’s soul than a church?” asked the Parrot. Standing at the doors of the church, the two birds peeked inside. And while the stained-glass windows with the sun shining thru indeed held an enormous amount of color, the parrot still could not realize what true beauty was and again they took off in search of the truth. 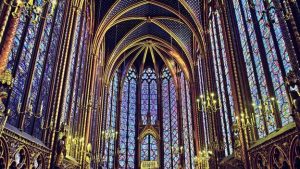 Eventually they found themselves back at the watering hole from where they had begun their truth-seeking pilgrimage. “Well, what did you learn? Do you now know where and what true beauty is” asked the Cockatiel? The parrot thought about the day’s journey and all they had found and said, “This morning I thought I was the most beautiful thing in the world and the only thing that could possibly be considered as beautiful as me might be a beautiful woman in her prime. Just imagine if a woman had the beauty of my feathers and my natural beauty. Imagine that in a beauty contest! That and all of these images we learned about today would make beautiful photos all of which would make a wonderful photo album. With the help of those triangular corner tabs that help affix photos onto the pages of an album, so much beauty could be shared with others. Just imagine……” 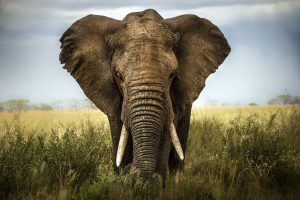 With that the Cockatiel lowered his head with sadness and said, “I have failed. Even after all that we shared today you have learned nothing. You still cannot see what beauty is let alone where it comes from. And with that, the Cockatiel took flight and flew away possibly never to be seen again by the parrot. For years, the parrot wondered what had upset the Cockatiel so and continued her quest to find where beauty came from but as hard as the parrot pondered the question, the answer never came.

Many years later after the parrot had grown old and her wings could not carry her as they once had when she was young, she began to see the reflection she had once admired, no longer looking the way it had in the pool of water as it had the day she met the Cockatiel. It was then that she heard a noise coming from the distance. Through her tired old eyes, she eventually recognized someone from her past. It was the Koala riding along on the elephant’s trunk. “Hey! Remember me?” the parrot called out. As the elephant came to a stop the Koala pointed up to the tree, “Hey look up there. It’s that parrot who was looking for the answers about beauty so long ago.” The elephant, with its keen memory asked, Well, did you and your friend the cockatiel ever find the answer to your question? Did you learn where beauty comes from?” 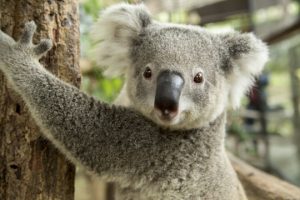 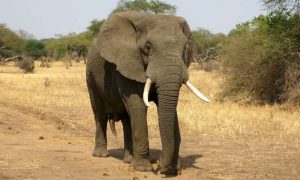 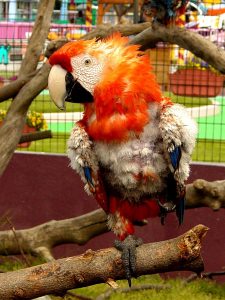 Landing upon a branch near the Koala and the elephant, the parrot replied, “I have spent many years in vain attempting to find the truth and in doing so, I lost what may have been the best friend I ever had; the Cockatiel. He that tried to teach me, but I was too naive to understand. After years of looking I believe I found the truth he was trying to teach me.

I tried to find beauty in the mirror, but it was not there; I went to the temple of the Hindus and to the old pagodas, but I could not find a trace of beauty anywhere.

I searched on the mountains and in the valleys but neither in the heights nor in the depths was I able to find the truth. I went to the Kaaba in Mecca, but it was not there either.

I questioned the scholars and philosophers, but it was beyond their understanding.

I then looked into my heart and it was there where I found beauty dwelled. It was nowhere else to be found.”

Taking a deep breath and a sigh, the old parrot looked toward the horizon wondering how the cockatiel was; wishing she could thank him for at least trying to teach the true meaning of beauty. It has long been written that beauty is in the eyes of the beholder. Nothing could be more truthful. The cockatiel had known all along, what the parrot had been searching for so intently wasn’t on the outside amongst the brightly colored feathers at all…. It was on the inside all along.

3 Responses to Beauty; Where Shall One Look To Find It?