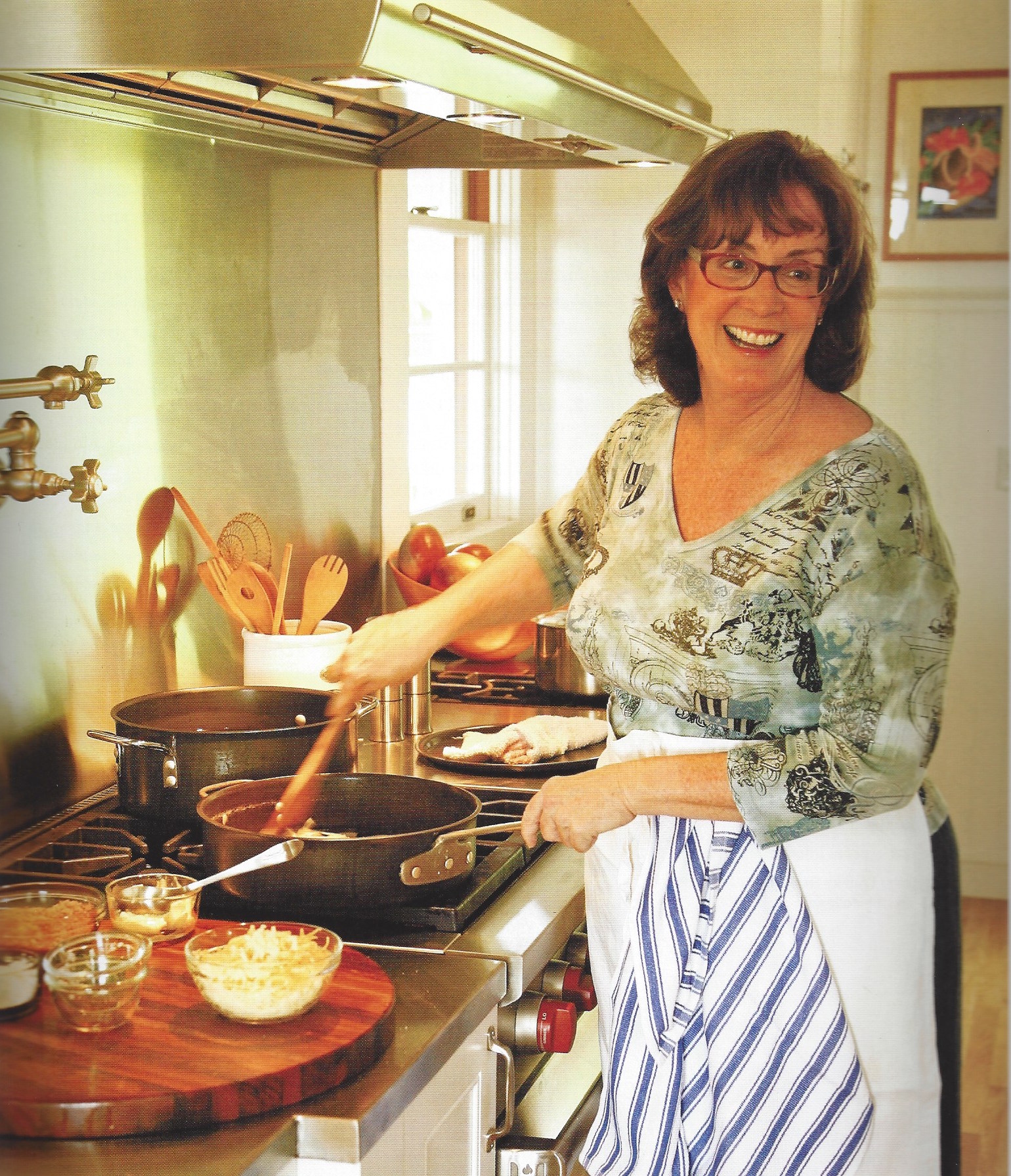 Beverly Gannon in the kitchen.

Family suppers were a part of every day life when I was growing up in Dallas, Texas. My parents, my brother, sister, and I would gather around the table in the evening and recount the day’s events and activities while filling our tummies with basic, simple food.

Tuesday was way-overcooked-fish day at my house, a day when I tried my best to go to a friend's house for dinner.

My mother wasn’t a particularly great cook, but she did manage to put meals on the table every day. I’m not sure how she did it, but I do remember what she did: each day of the week, every week, year after year, was a specific type of food with some occasional surprises thrown in.

Fish was usually served on Tuesdays, not usually fresh fish but frozen fish, being rather landlocked in Dallas. My mother, like most home cooks of the day, cooked fish well done. Fillet of sole was cooked at 350 degrees F for an hour, or until crispy around the edges. I usually left the house when lobsters were boiled to death because I couldn’t stand the smell. It was way-overcooked-fish day at my house, a day when I tried my best to go to a friend’s house for dinner.

One of my favorite dishes was my mother’s tuna-noodle casserole. She made it with the usual mushrooms, mushroom soup, Le Sueur peas, and tuna fish, all from cans, with potato chips on the top. My mother grew up on a farm, so canned and frozen foods were a treat for her to use. Other casseroles that appeared on Wednesdays would combine leftover brisket with canned corn and chilies, Velveeta cheese, and Rotel tomatoes—or beef with broccoli and canned cheddar-cheese soup. I still love casseroles—the marrying of ingredients held together by a sauce—but I use ingredients that are fresh and homemade, like just-caught tuna, free-range chicken, corn, tomatoes, artichokes, fennel, fresh herbs, and homemade stocks and sauces.

Now, years later, I can appreciate my mother’s efforts, having cooked for a family of five every night. While I cook on a larger scale, overseeing preparations for a few hundred for dinner every night, I can see the wisdom of her schedule of menus and relish the memories of the many simple meals she prepared for our family. 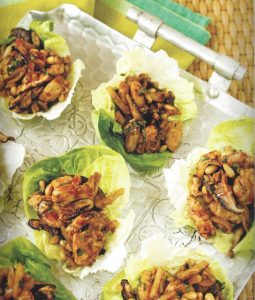 When I moved to Maui almost thirty years ago, family became an even more precious aspect of my life. I was introduced to the concept of ‘ohana, or family, in the Hawaiian sense. And of course each family gathering is centered around food, another important aspect of Hawaii’s culture.

I am all for getting the kids in the kitchen to help prepare meals. It’s what I did as a child and what my children did when they grew up. Our three daughters, at one time or another, have all been involved in our business.

Over the years at Hali’imaile General Store, people have walked through the door to share a meal and then leave the table satisfied and fulfilled with more than just food. I love sharing my food, just as my mother shared her food with our family, bonding us forever.

“Cooking for the O’hana” is excerpted from Beverly’s cookbook, Family-Style Meals at the Hali’imaile General Store. Copyright © 2009 by Bevelry Gannon and reprinted here by permission. Photography copyright © 2009 by Laurie Smith.

4 Responses to Cooking for the ‘Ohana by Beverly Gannon 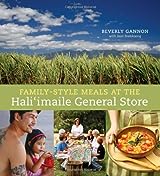