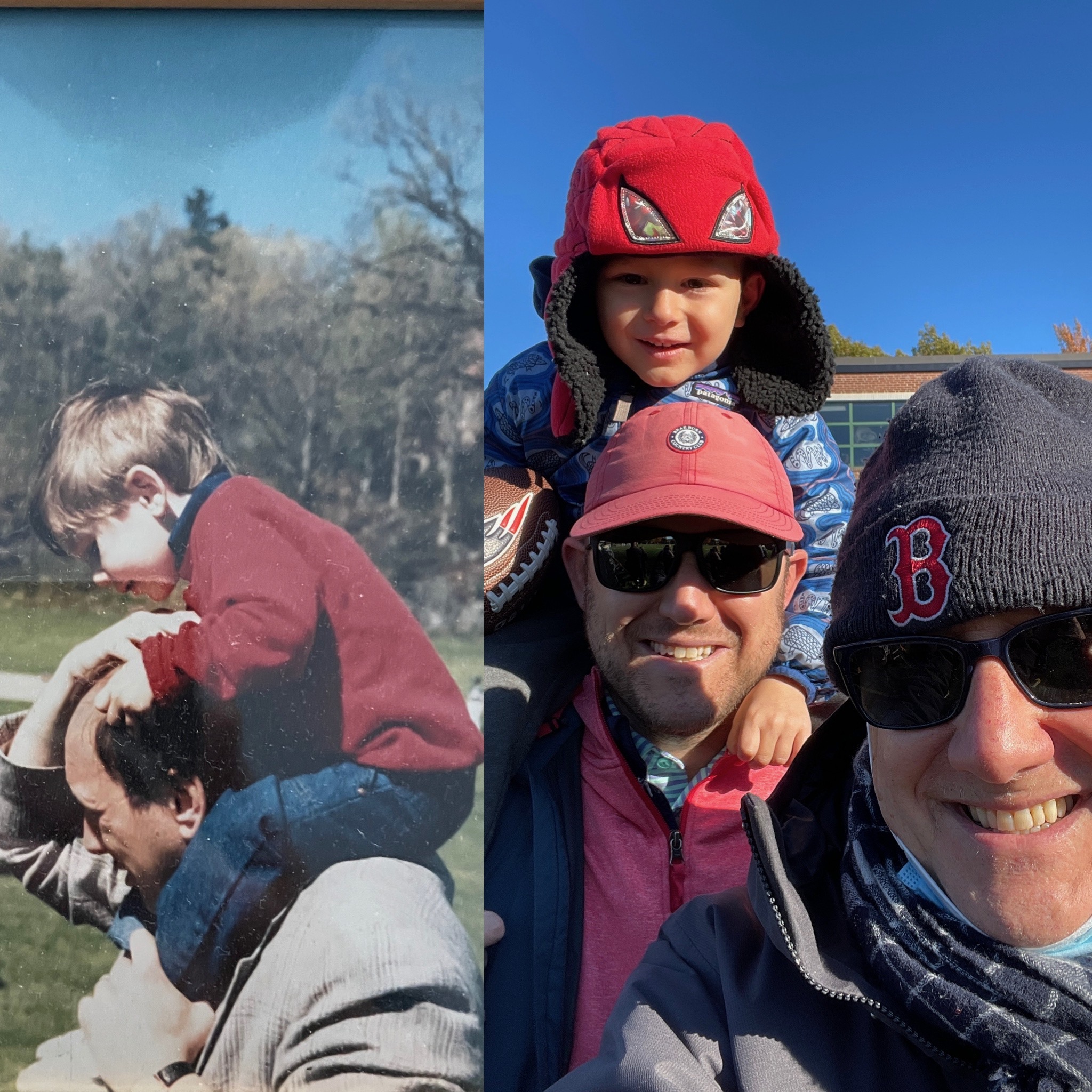 A grown son is one of life’s rewards. Once I could carry him on my shoulders, he holding my ears. Now he towers over me, and knows how to do things, talk to people, manage situations, has a family of his own, makes a living, and (surprisingly, considering his gene pool) he can dance. It is thrilling. Why would I want to screw up this good thing by taking him to Vegas?

I am a first-timer on your site, but a lifer in the current assigned prompt:  Dice.  I developed a sweet-tooth many years ago—call it a character flaw, call it an addiction (if you must), preferably call it an appreciation of the existential moment when the dice are airborne—in the casino game called craps, which is played with dice, where players have no control over results but rather cast their fate to the wind and given the laws of probability generally crash.  “What fun,” you might say.

I compiled thoughts, fears, anecdotes, and memories from my craps experience (with historical, emotional and philosophical digressions) into a fictionalized memoir titled A Crapshooter’s Companion (2019), and self-published (not that I would have refused blandishments and cash from a legit publisher, but that didn’t happen).  It’s been on the shelves of various independent booksellers, but nowadays is mostly available by contacting the author (or inviting the author to a dinner party and he will bring the book in lieu of wine or a houseplant).  FWIW, some readers think it is funny, dryly and mordantly funny.  I didn’t put it on Amazon, although in retrospect I wish I had, and may still, having learned how easy it is with my 2020 novel, The Debutante (and the Bomb Factory), a novel, also purporting to be funny, arising from the Weathermen apparently crossing their wires prematurely and blowing themselves up together with a fashionable townhouse on W 11th Street on March 6, 1970 (the novel chases its tail down conspiratorial rabbit holes; the author calls it a love story).

Anyway, I sweated a bit over what chapter from A Crapshooter’s Companion to post here. The text includes an array of fights with pit bosses, fights with fellow players, fights with craps gods, fights with the narrator, and a lot of quirky behaviors and predicaments.  In the end I chose a not-especially exemplary chapter, one that is arguably sentimental.  Maybe you will like it:

A grown son is one of life’s rewards. Once I could carry him on my shoulders, he holding my ears. Now he towers over me, and knows how to do things, talk to people, manage situations, has a family of his own, makes a living, and (surprisingly, considering his gene pool) he can dance. It is thrilling. Why would I want to screw up this good thing by taking him to Vegas?

So much smarter to play eighteen holes of golf. He can drive the cart. A few decent shots, a few pars, a few balls lost, my suggestion that he keep his driver in his bag (or throw it away), his suggestion that I do a better job tracking his drives (as they disappear into the woods), a chance to hear how things are going and offer some cheerleading, and shoot an idea or two which may percolate (or get buried in a sand trap), and beers in the clubhouse afterward. That’s a good day. Or if we liked fishing, then fishing, or hiking if we liked hiking, or we could spend a day pulling weeds and trimming branches, or watching football on television, or getting box seats for a Red Sox game, or contributing to the betterment of our community. There are a lot of things to do which might be fun and worthwhile, and which are included on the approved activities list, and would not expose him to the Vegas spaceship and the prospect of getting lost in space.

But our (first) trip to Vegas didn’t begin with booking the reservation. The seed was planted early on, when he was just a kid. I went to Vegas each year with my buddies (typically a long weekend in January, to coincide with NFL playoffs and a chance to almost win a few parlays). I didn’t talk it up, or try to explain the allure, but I’m sure he got the idea that I was excited to go, and a basket case when I returned, and it projected as an exotic break from routine.

And mix in a father’s duty to provide his son with lessons in the “manly arts”, things which may be useful, sometimes helpful, and occasionally necessary to be versed in (one never knows where the prevailing winds will drop one off), such as knowing how to mix a vodka martini (straight up with a twist, omit the vermouth), make a lob serve in squash (drop it so it dies in the corner), tie a bow tie (slightly loose, like you’ve been doing it for generations), change a flat tire, feather an oar, carve a brisket, wear black shoes after dark, call it a dinner jacket not a tuxedo, don’t snore during the play, keep your hot head to yourself, buy an umbrella policy, pick up a tab, tip right, appeal a moving violation (sometimes the police officer doesn’t show up), know when it’s time to pull the starting pitcher, and hold the door for those who follow. Add to this abbreviated list: casino competency.

Also, while a son is not obliged to adopt his father’s world-view, the son should have the benefit, don’t you think, of the family story, best from the horse’s mouth (subject to the selective memory of the horse). So, for example, when he was ten or eleven years old he and I and our family dog went for a mountain hike, and I told him the whole story of the Red Sox beginning with the hopeless years of the mid-Fifties and dwelling on the excruciating losses (you will recall when Aparicio, the best base runner of his generation, unaccountably stumbled and fell rounding third on his way to easily scoring the tying run on a blast by Yastrzemski in the critical end-of-season series with the Tigers in 1973, and then wavered for an eternity in the dust of the base path deciding between going again for home (which I think he still could have made easily) and returning to third, before returning to third, never to score) (you will recall a few years later in the one-game play-off against the Yankees when Bucky Dent hit a three-run homer, which off his bat looked like a pop fly to left that somehow carried as if selectively blown by the invisible breath of God (how are you going to win against that?), and Bucky’s runs held up when Yaz, from whom, post 1967, we hoped and expected so much, at bat with two outs in the bottom of the ninth inning with Remy on third, after Piniella playing right field and blinded by the sun made a miraculous stab of a line drive off the bat of Rice (blind luck or the invisible hand of God rigging an implausible meeting of glove and ball?) to avert Remy from scoring the tying run then and there), popped up, leaving Remy stranded on third to end the game and the season and the collective hope of a generation) (and you will recall the stories of Jackie Jensen, Jimmy Pearsall, Pinkie Higgins, Norm Zauchin, Jim Lonborg, the Teds (Lepcio and Williams), the Sullivans (Haywood and Frank), Dewey, Boomer, Luis, Ned Martin, and Calvin Schiraldi), from trail head to summit and back down to the point of beginning. He’s been a loyal fan since.

With this in mind, as we flew west into the sunset I told him the story of my prior trips to Vegas, of my stays at the D.I., Hilton, Golden Nugget, and Mandalay Bay, trying hard to find a silver lining from each visit, such as the time I threw the hard ten (5 and 5) three rolls in a row at the Mandalay Bay, with a $5 hopping bet, which I let ride after each hard ten, but did not press, so I yielded $450 ($150 per roll). I noted to him, wistfully, that had I let my total winnings ride, leaving $155 on the hopping hard ten for the second roll, I would have had a pay-off of $4,650, and then leaving it all on the hopping hard ten for the third roll, I would have had a pay-off of $144,150. I wonder if anyone in the history of craps ever had the guts and the luck to do that. I wonder if the casino would have booked the third bet. To bring us back to earth, I recounted how awful it was to take the red-eye home to Boston, tapped out, sleep-deprived, squeezed into a seat between two fat guys who hadn’t showered in days. That, I said, is a just penalty for being a fool.

Let’s take a hypothetical. Let’s say your son is a basketball player. When he shoots the ball, you hope and pray he makes a good shot. If he does, if he scores points, you cheer, and are proud, even if his shot circled the rim and almost bounced out before bouncing in. You know he has basketball skill, and you know how hard he has worked on his shot, on his fitness, on his game, and making the shot is the culmination of all these things, plus a lucky bounce. A lot is the same when he shoots the dice. You root for him to make a good shot, you cheer and are proud when he makes his point, the result feels exactly the same as when he hits a jumper, the same rush of paternal elation, the same release of happy brain chemicals, the same relief at the lucky bounce, the same high fives from nearby fans.

Except that the comparison is wholly cock-eyed. Skill and hard work have nothing to do with the craps shot. It’s all about luck. Craps sucks you into the illusion (the common, often prevailing illusion, wherever good luck turns into profit) that good shooting is the consequence of worthiness. And the obverse, that bad shooting signals unworthiness, may be true in basketball, but has nothing to do with craps. There’s an old expression, “Don’t shoot the messenger,” apropos of a blameless messenger delivering bad news. Properly viewed, the crapshooter who 7s out is blameless, merely delivering an unwelcome message from the craps gods. He likely won’t get shot (this being modern times), but he may get shunned by his fellow players, and a load of free advice from his dad.

Since that intro to Vegas, my son and I have shot craps together a few times. Not surprisingly, when we win, it’s great, and when we lose I feel like a bad dad. –

22 Responses to Father and Son Craps