When we finally found the grave of my husband’s grandmother, Pauline Rose Levey, it was at the end of a long row next to a chain-link fence. I’m sure we were the first and only visitors. In the Jewish tradition, we left stones on the grave. This is a Mitzvah called matzevah or setting a stone. It shows that you know the burial site exists and that the person is remembered with something solid.

Pauline’s life had been destroyed by mental illness and institutionalization. But what had happened to her children as well as her grandchildren and great grandchildren? Was there a way to make something solid and meaningful from this tragedy?

The first time I shared this story in May of 2014, we were at the start of a journey. Through my husband’s old-fashioned detective work, we discovered that Pauline’s life had been destroyed by mental illness and institutionalization. Her absence impacted the lives of her children, including his father. But what had happened to them as well as her grandchildren and great grandchildren? Was there a way to make something solid and meaningful from this tragedy?

My husband never knew his grandmother. His father told him she had died, and since his father grew up in an orphanage, it seemed like a plausible explanation. But she didn’t really die until 1966. All those years my husband was growing up, she was buried alive in a mental institution only three hours away, where she died alone.

We learned the truth about Pauline after my husband’s father died in 1972. At that point, my mother-in-law thought it was safe to share the family secret. Abandoned by her husband and left with four young children and no means to support them, she had what was called back then a “nervous breakdown.” Her children were disbursed among relatives, her husband disappeared, and she was institutionalized.

When we first heard this story, my husband and I were young and just starting our own family. So we stored this information in the back of our minds and went on with our lives. But my husband was always haunted by this puzzle on his family tree. As a psychiatrist, he wondered what had happened to her and why this shameful secret destroyed his father’s family.

Ironically, fourteen years ago, we found a picture labeled, “The whole darn family.” On the back it said, “Indianapolis, Indiana.” Since our daughter had just moved to Indianapolis, it seemed possible that we might be able to unearth more information about Pauline and the mental illness that destroyed her life and separated her children from one another. 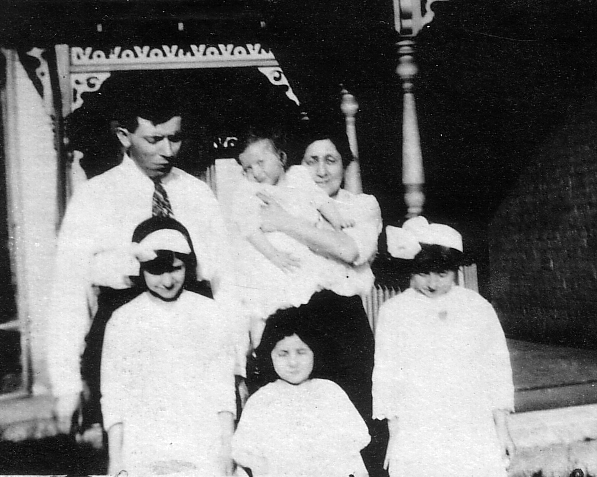 Photo labeled “the whole darn family.” My husband’s father was the baby.

On a visit to Indianapolis, my husband called the only Jewish funeral home in the area. The home had a record of his grandmother’s burial as well as where she had been living at the time of her death: Central State Hospital in Indianapolis. After proving his relationship to Pauline, and possibly because he is a psychiatrist, my husband was able to obtain her hospital records. Here’s what we learned:

Pauline was born on September 1, 1884 in Russia and came to the United States in 1893 at the age of nine. She had some education in Russia and then attended school in Iowa from ages ten to sixteen. She skipped a grade and was said to be a good student. She quit school because her father told her she had to go to work. Pauline was one of ten children.

In 1904 at the age of twenty, Pauline moved from Iowa to Indianapolis, Indiana. About 1907, she married a tailor named Ira Levey, who was born in Russia and had come to the United States in 1900.

In 1920, when she was 36 years old, Pauline became mentally ill, and in December of 1920, she was admitted to Fletcher Sanitarium in Indianapolis. At the end of January of 1921, there was an insanity inquest with her husband as the primary witness. She was committed to Central State Hospital on February 3, 1921 with a diagnosis of paranoid schizophrenia.

At that time, she was described as having dark hair, grayish-brown eyes, standing 4 foot, 11 inches, and weighing 95 pounds. She told the admitting doctor that her husband kept her in rags. Her sister Zell said that Ira did not care for Pauline as he should have and that Pauline was too easily dominated. Another woman who knew Pauline when she was first married said she was a lovely woman, attractive and from a good family. She said that Pauline’s husband was extremely cruel to her, and that Pauline had become disturbed because of her difficult home situation and family pressures.

It is not clear what happened to Pauline’s family after her hospitalization. By April of 1921, Ira is listed at a different address in Indianapolis. What became of him after that is still a mystery. Pauline’s three daughters were split up among relatives. The youngest ended up in Texas and went on to marry and live in Dallas. It is not clear who took care of the two older sisters when the family broke up. By 1930, both were living in Chicago.

Pauline’s son and my husband’s father, Albert, went to live with his uncle, Max Rose, in Cedar Rapids, Iowa at about age six. Because his uncle was a professional gambler and a bachelor and therefore unable to care for Albert for very long, he was sent to Chicago to live with his Aunt Gerry and grandmother Lena Rose. 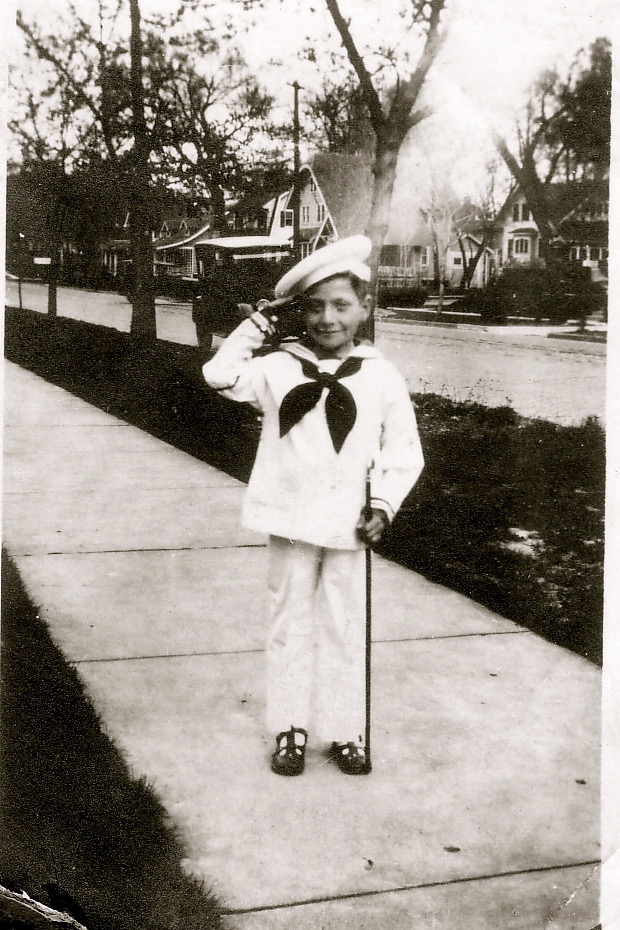 When his grandmother became ill, Albert was sent to the Marks Nathan Orphanage in Chicago around the age of ten, where he stayed until he graduated from high school. 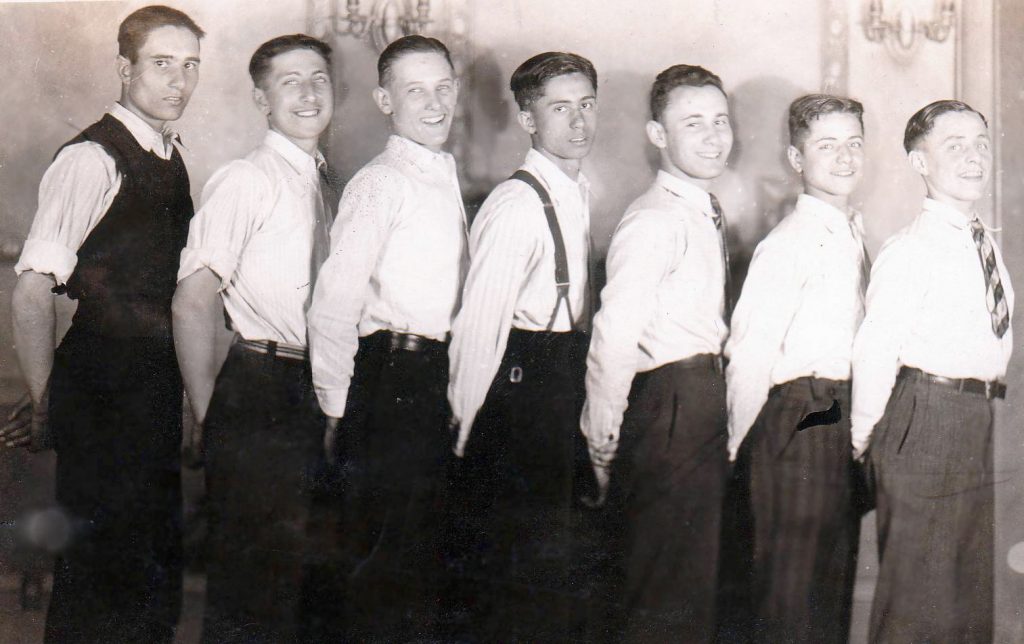 As for Pauline, there were not many progress notes from the hospital until near the end of her life. During her 45-year stay there, she had few, if any, visitors. She worked in the dining room at the hospital.

In 1965 at age 80, Pauline was placed in Borenstein Home for the Jewish Elderly because she was no longer able to climb the stairs to do her job in the dining room of Central State Hospital. Sadly, at the end of her life, Pauline was returned to the mental hospital. All the years of institutionalization had taken their toll and she could not function outside of its walls. She died there on August 17, 1966 and was buried at Bnai Torah Cemetery in Indianapolis. 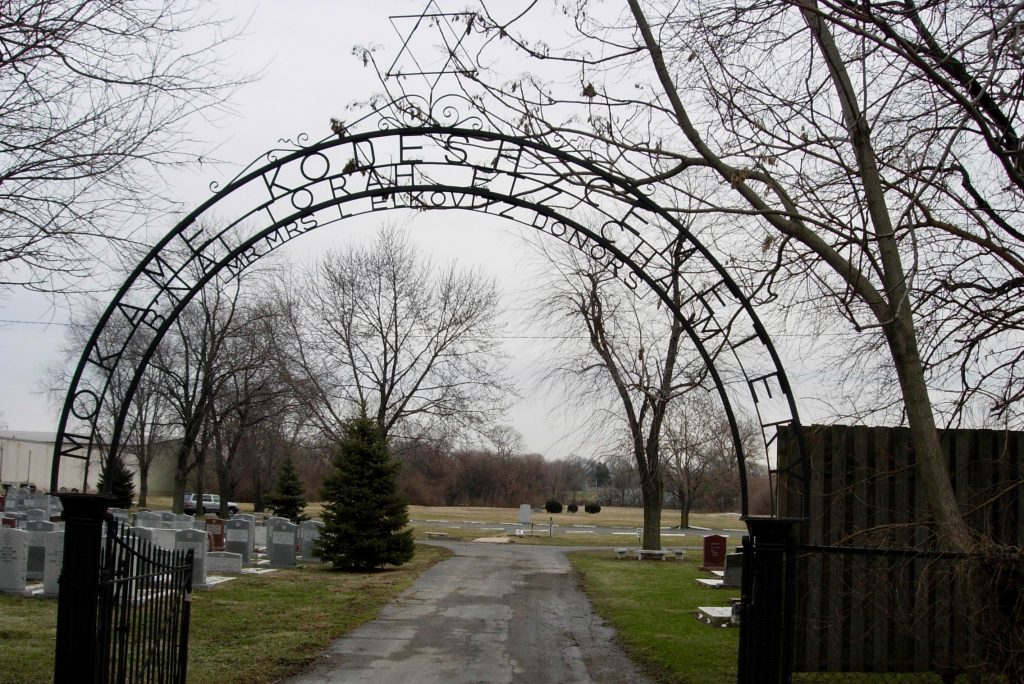 After learning the details of Pauline’s life, we began our quest to find any descendants of Pauline and her nine siblings to help us learn something solid about this life destroyed by mental illness and institutionalization. In a blog post, I listed names of people we hoped to find. At that point, they were just a bunch of names from a very incomplete family tree. What followed was pretty amazing.

My husband always loved puzzles and reconstructing his father’s family tree was the ultimate challenge. Through a combination of Ancestry.com, old census reports, white pages, and good old-fashioned snail mail, he started assembling the puzzle pieces. A cousin whose name he remembered ironically lived near my family in Michigan. Meeting with him led to learning the details of Pauline’s siblings. A name from the 1940 census led to Bertie’s branch of the family. And an email to someone with the same last name as Marie completed her branch. Although they are scattered from the east coast to the west, and from Chicago to the southwest, some of these newly found cousins actually have met, and online connections have been made.

By completing the puzzle of Pauline’s family tree, we also honored the memory of a life sidetracked and forgotten due to mental illness. As we add more branches to her tree, we also set more stones for Pauline Rose Levey. 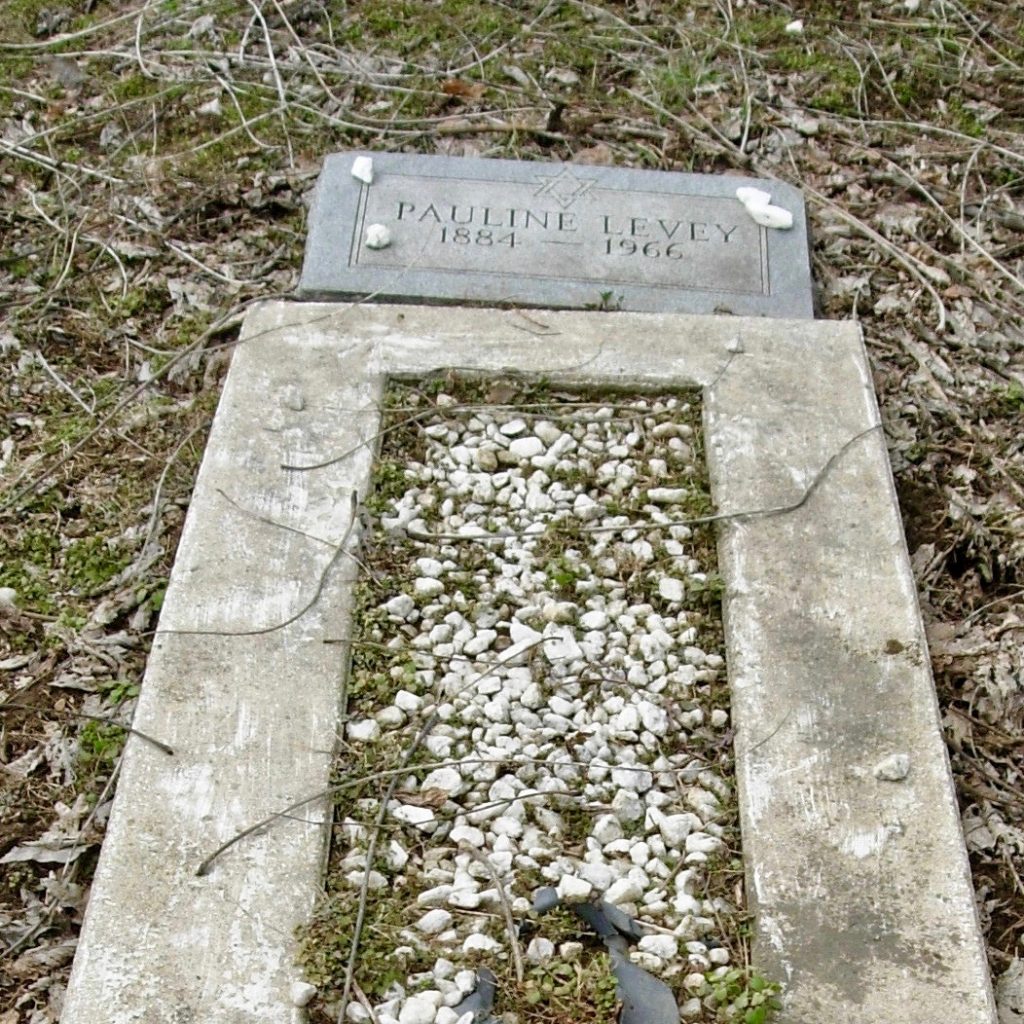 8 Responses to Finding a Grandmother Lost to Mental Illness