Prompted By Women We Admire
8 comments. 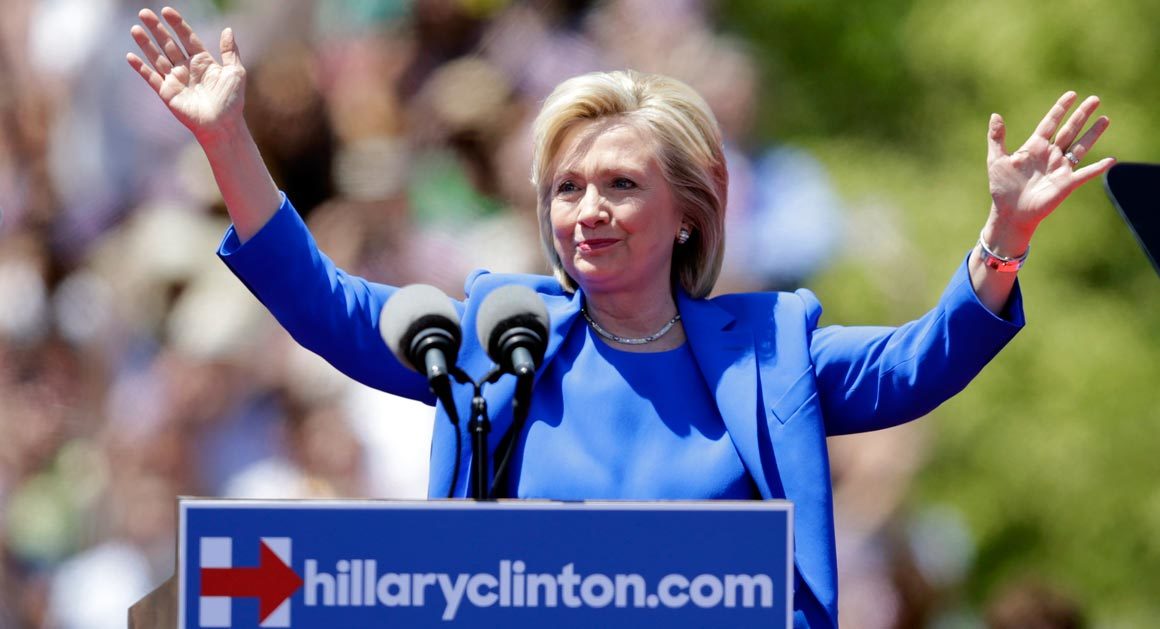 She has been a woman I admire since 1992. There is so much I could say about her, but like the speaker “who needs no introduction” and then gets one anyway, it just doesn’t seem necessary. Everyone knows about her, and all the truths and lies that have been attached to her over the years.

I have recently been watching Gilmore Girls on Netflix. This show aired on network TV from 2000 to 2007, and I never saw a single episode back then, although I was vaguely aware of it. For Rory Gilmore, the daughter, it spans the time from sophomore year in high school through graduation from college (making her the same age as my daughter Sabrina). In season 3, episode 3, which aired in October 2002, Rory is a high school senior applying to college. She tells her boyfriend she has it wired, because she is writing her essay on Hillary Clinton. Then she goes to a seminar at her private school given by a college admissions officer, who says that he hopes he never sees another essay about Hillary Clinton, because she has been done to death. Rory looks dismayed. We never find out whether she changes her essay or not.

So I was imagining coming to Retrospect this morning and seeing a flood of Hillary Clinton stories. But I guess everyone isn’t as taken with her as Rory Gilmore and I are. 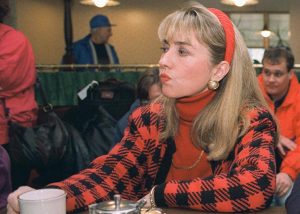 I have admired her since she first came to national attention, when Bill was running for President. She seemed brilliant and articulate and together then (although who can forget that hairstyle with the Hillary Headband?).

I always suspected she was the brains of their operation. And I loved it when she insisted on having the press write about her as Hillary Rodham Clinton, not just Hillary Clinton.

When she and Bill got married in 1975, she did not change her name, remaining Hillary Rodham. She later explained that she did this for three reasons: to keep their professional lives separate, to avoid apparent conflicts of interest, and most importantly because “It showed that I was still me.” However in 1982 she began to use the name Clinton when Bill was running for a second term as Arkansas governor after being defeated in 1980. The voters of Arkansas were more comfortable with that. I admire her for keeping her own name when it was not yet so common to do so, but then having the flexibility to take her husband’s name in order to help his political career.

Everything she has done, she has done with style and grace. How she made it through the Monica Lewinsky scandal is hard for me to fathom, but she did. In 2008, when she lost the presidential nomination to Obama, she gave an impassioned speech on his behalf at the Democratic Convention. Then she agreed to serve as his Secretary of State, when she could have just stayed in the Senate and not had to deal with him.

And don’t even get me started on the 2016 election, when she should have become President. She won the popular vote, of course, but got cheated by the ridiculous structure of the Electoral College. Imagine how much better our lives would be today if she were President. When we do finally elect the first woman President, whether it is next year or at some later time, I will be sad that it isn’t Hillary.

Frances Perkins: A Woman I Admire
by Laurie Levy