Prompted By What We Read
7 comments. 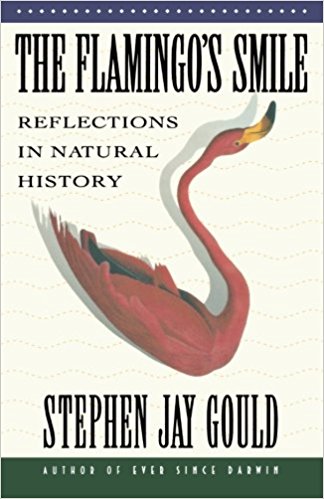 Like many of us, I was a voracious reader as a child. I don’t even remember learning to read, it just seems as though I always could.  Also like many of us I could read before I started school, having been read to every night for years. Alice in Wonderland was my hands-down favorite. I don’t know how many times my mother read it to me, but I suspect that I demanded that we start again the minute we finished it. I remember being extremely impatient in the first grade, when we were seated in front of a huge, floor-standing version of the canonical Dick and Jane with one word in 180-point type: LOOK. Okay, got it. Can we turn the page, please??

My gateway drugs to cosmology were Fritjof Capra’s The Tao of Physics and Gary Zukav’s The Dancing Wu Li Masters.

During lazy, boring grade school summers my best friend and I would bike several miles to the public library and load up our saddle bags with as many books as we could manage. Then we’d go home and race to see who could plow through them the quickest. I have wonderful, vivid memories of our sleepovers: the two of us in her bunk beds reading as if our lives depended on it—until her mother finally turned out the light in exasperation.

But I also remember that it was difficult for me to find books I was interested in.  Looking back on it now, it makes perfect sense—in the late 1950s and early ‘60s, society was not interested in girl power, and the books reflected that. We read the Little House on the Prairie series; Lois Lenski’s regional books about Southern life which we had no inkling of, Bayou Suzette and Strawberry Girl; and of course the whole Little Women saga. I still have my original copy of the first of the series. 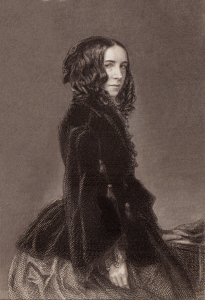 But my favorite book from those years was a YA biography of Elizabeth and Robert Barrett Browning. I slowly devoured it one summer while on a lake vacation when I was on my period and—frustration!—couldn’t go in the water for a few days. Feeling supremely betrayed by life, I was just the right age and in the right circumstance to be receptive to the romantic tragedy of the Brownings’ lives. And the poetry blew me away too! Here was something new and different that I could sink my teeth into. More of this!

After that I was done with kids’ books. I briefly tried mythology and sci-fi, but was never one for make-believe. I skipped the whole Hobbit/Lord of the Rings mania that gripped my college cohort. (Which, 30 years later, my goddaughter simply could not fathom—how can I not be enthralled??) Shrug.

Then came the counterculture and the era of spirituality and seeking. I wasn’t a spiritual person, my BS meter was finely tuned at an early age by virtue of being the youngest of four siblings. (Never believe a word an older brother tells you.) This was the era of Stranger in a Strange Land, Watership Down, Jonathan Livingston Seagull, Vonnegut, and Allende. My boss at the time was smitten with Carlos Castaneda and tried to engage me, so I had to feign interest. But there was nothing for me here. I stopped reading for a while.

Then, sometime in my mid-twenties, I picked up a book of essays that paleontologist, evolutionary biologist, and historian of science Stephen Jay Gould had written for Natural History magazine. They were his musings on evolution for a lay audience, using everything from baseball to architecture to chocolate bars to illustrate his points. Here’s a typical SJG insight:

“Thus, the paradox: Our textbooks like to illustrate evolution with examples of optimal design—nearly perfect mimicry of a dead leaf by a butterfly or of a poisonous species by a palatable relative. But ideal design is a lousy argument for evolution, for it mimics the postulated action of an omnipotent creator. Odd arrangements and funny solutions are the proof of evolution—paths that a sensible God would never tread but that a natural process, constrained by history, follows perforce. No one understood this better than Darwin. Ernst Mayr has shown how Darwin, in defending evolution, consistently turned to organic parts and geographic distributions that make the least sense.”

Whew! No one ever ‘splained it to me like that. And then: Wow! That was exhilarating! I raced to the end of the article thinking, where have you been all my life? I felt like Saul of Tarsus, gobsmacked on the road to Damascus, albeit in my case on the way out of Damascus.

There was some crossover between spirituality and science. My gateway drugs to cosmology were Fritjof Capra’s The Tao of Physics and Gary Zukav’s The Dancing Wu Li Masters, both darlings of the effort to conjoin quantum mechanics with a purposeful universe. But there was also Richard Feynman to bring things back down to earth.

Spirituality puts you at the center of the big question: who am I, why am I here, what is my purpose? Science flips the script and puts us in our place: How do I fit into this magnificent universe that was here long before I showed up and will be here long after I’m gone? It’s much more fascinating question to me, and I’ve spent decades trying to parse it.

So the bar is high for a story to capture my interest. I appreciate great writing; I can tell immediately if a given author has a voice and a tale I want to live with for a while. When I want a break from science these days, I rely on my friends to recommend novels that are lyrical, and not edgy just for the sake of pushing the envelope.

But my library of books is all non-fiction, mostly scientific—specifically evolutionary biology, quantum mechanics, and cosmology. There is a lyricism to science writing just as much as fiction, and science has the added benefit of not being angst-ridden. These days, the story of the universe is the one I want to read.

7 Responses to How do I love thee? Let me count the ways