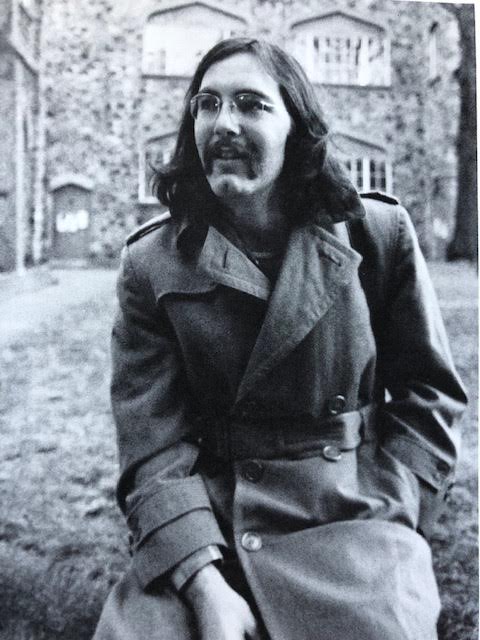 It seems to me that gossip exists on a sliding scale from harmless to malicious. It can be fun to talk with friends about what’s going on…who is dating whom, who’s engaged, recently married, who’s pregnant, who’s breaking up. The gossip moves on to more catty subjects: has she had work done? Is she Botoxing? If word gets back to the subject of the gossip, it might hurt one’s feelings, though not ruin their lives. But if a rumor of an affair leaked, that would have serious consequences. One must never put anything in an email or text that can be forwarded or blind copied without knowledge or approval.

Someone gossiped about me once. He barely knew me, it was unfair and had more to do with his own projections about me than actually about me, yet he spread his story and it was passed like a game of “telephone”.

I should define “dating” at Brandeis in the early ’70s. It was rather loosely defined as anything from visiting someone’s dorm room to hang out or listen to music, going to dinner at one of the dining halls together, going to an event on-campus like a play, movie, concert or dance, or actually going off campus to dinner, go to a museum or just hang around Cambridge; a very broad range of activities.

I met Stu, a class ahead of me, as we rehearsed for “Ruddigore” my freshman year at Brandeis. He had a lead, I was in the chorus, during the winter of 1970-’71. 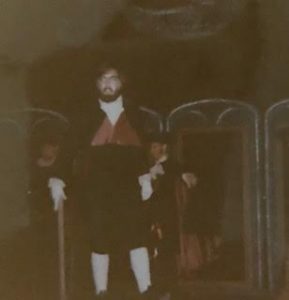 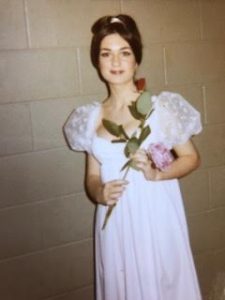 He seemed nice enough, so when he asked me out, I accepted. This was a very long time ago and to be accurate about the events, I went back to my day timer. I confess, I was surprised a bit by what I discovered. During that period, I was dating many guys simultaneously. There are only first names in my book; I don’t even remember some, but Stu first shows up when I found myself in the infirmary days before the dress rehearsal for “Ruddigore”. I had strange abdominal pains and wound up spending four days there, seeking answers and remedy. He came to visit. Duly noted and appreciated.

Subsequently, we had dinner together at the Student Union a few times, went to see a show at the Brandeis theatre, went into Cambridge, sometimes alone, often in groups with others, whose names are also noted. As previously mentioned, I was also seeing several other guys at this time. It was early on that Stu introduced me to his friend Fred, who frequently came along on these “dates”. I noted in my day timer that Fred began to call me frequently. Indeed, Fred was a much more ardent suitor than Stu. 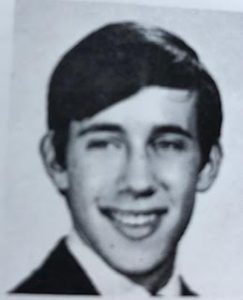 Fred had taken a leave from Brandeis and was then living in a boarding house in Cambridge. Fred had big blue eyes, very long, dark hair, played guitar and sang. He sang Elton John’s “Your Song” to me. I was hooked. I’m a sucker for blue eyes and a guy who can sing. We not only went out, we quickly went to bed.

I never slept with Stu (or any of the other guys I dated during that period). I owed Stu no explanation. We were hardly exclusive, but he, evidently, felt slighted. Did he feel like he was entitled to something that he was not? Ah, that’s the basis of many break-downs in communications between men and women since the beginning of time. There was never anything sexual between us. Evidently, he hoped for more, but that was never going to happen.

Fred was a short-lived fling also, long-gone by the end of the school year. Yet Stu complained about me to Al, who lived with Dan (my future husband) who told Bob (my future boyfriend) as I walked passed them one day in the Student Union. He’d heard that I was a tease. Be wary of me; keep your distance. I was unaware of any of this. I had yet to meet any of them.

As I described in How Do You Spell PFAU?, when Bob and I met, we had instant chemistry, but he almost didn’t ask me out because he’d heard from some guy I’d never met that I was a tease. He learned very quickly that I was not, that Stu was just upset that I didn’t have that kind of chemistry with HIM, and he didn’t take rejection well (not that I actually rejected him, mind you, he just didn’t get what he longed for from me. If he had actually asked, I would have politely declined). Spreading gossip like that is hurtful, potentially harmful.

In this era of social media, one doesn’t have to do anything and the gossip/bullying spreads like wildfire, lives forever, can be devastating for an adolescent girl (as has been proven time and again by Instagram), sometimes driving girls (or boys) to the point of suicide.

So be careful what you say and about whom. Don’t spread nasty gossip that can hurt anyone. The world is too toxic as it is.

20 Responses to Is She Really Going Out With Him?