Nevertheless She Persisted by Constance
10
(18 Stories)

I went on to become a journeyman operator and was proud to be a Union Maid. 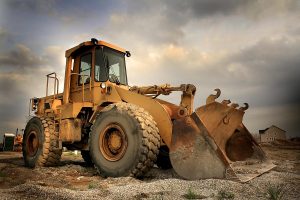 I became an apprentice operating engineer and learned how to build roads and bridges using heavy equipment: large rollers, dozers, blades, backhoes, cranes, etc. My first couple of days a couple of old dudes on the job site said I should leave, that women shouldn’t be there. I just stared at them without reacting. They had fears that I was just hired as a minority and would spend the day riding around in the bosses pick up, holding his clipboard for him, taking up a job. But I showed up in proper work clothes and went to work like any other apprentice.

I think any other guys that may have been afraid but just not speaking out began to realize that their fears were unfounded.There may have even been some weird gallantry where they actually thought conditions were too rough for ladies. Perhaps they didn’t want to see the boys club broken up and they would have to stop cursing and behave better in mixed company. The younger men were not really too concerned by that and I think it was observed, perhaps even absorbed where changing boundaries could/should be. I tried to keep my eyes and ears open and my mouth shut. I didn’t want to get all belligerent and try to school them. I wanted them to teach me everything they could and quite frankly, there were lots of dangerous situations where we all needed to look out for one another. 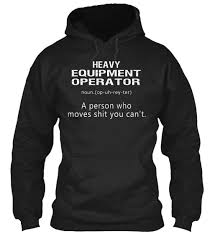 I went on to work at that for several years. When the head of the apprenticeship department came out to check up on me the boss said, “Hell, she’s as good as any I got,” and coworkers reported I was “easy to get along with,” high praise in that world. I went on to become a journeyman operator and was proud to be a Union Maid. Although I didn’t stick with that long term for a career I hope I did some important pioneering work helping pave the way for other female apprentices who followed after.

7 Responses to Nevertheless She Persisted