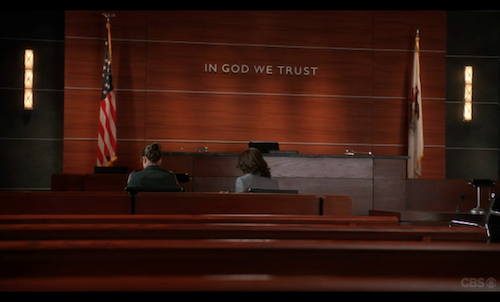 When I graduated from college, I was pretty sure I wanted to go to law school eventually, but I was VERY sure that I wanted to take some time off from school first. I was sick of writing papers and taking exams and always having some assignment hanging over my head to make me feel guilty while I was out having fun. A 9-to-5 job seemed like the answer, but I didn’t even know what kind of job to look for. All I knew was that I wanted to be in Boston, New York, or D.C., so I started searching the classified ads in the newspapers of all 3 cities. This was not as easy then, pre-internet, as it would be now. After a summer trip to Europe, I was at home in New Jersey, where we got the NY Times every day. I don’t have any idea now how I checked the Globe and the Post, unless I had friends in those cities looking for me.

The most interesting job I applied for was as the administrative assistant to Stewart Mott. He was the son of a fabulously wealthy family, already a millionaire in his own right, who lived in a Manhattan penthouse and spent all his time donating his money to liberal causes. He was 35 years old at the time, single, and very attractive.  As described by the Times in his 2008 obituary, his philanthropy “included birth control, abortion reform, sex research, arms control, feminism, civil liberties, governmental reform, gay rights and research on extrasensory perception.” This was pretty heady stuff in 1972! There was a huge number of applicants for the job initially, all of whom he interviewed himself, but I was called back for a second interview a week later, along with only one other young woman. It looked like my chances were pretty good, and I was excited about it. He even called me at home to ask me a few more questions, including whether I planned to commute from New Jersey or move into Manhattan. Of course I would move into Manhattan, I assured him, once I knew I had a job. This was obviously the right answer, but ultimately he chose the other woman. She was a little older and more sophisticated, and probably a better match for him personally — and there was no doubt in my mind that there would be a personal aspect to the job. In later years I often wondered how my life would have been different if he had chosen me.

The job I ultimately got that fall was in Cambridge, at the Transportation Systems Center of the US Department of Transportation. They were looking for an economist or an urban planner. I was neither. So how did I get the job? I wore a very short dress to the interview, and I had great legs! One of my interviewers admitted as much to me, a year or so later. It was an interesting job, but I really didn’t know what the hell I was doing. When I was given a specific assignment, I could generally carry it out, but the place was basically a think tank, and much of the work was supposed to be self-generated. I didn’t know how to do that, so I spent a lot of my time on the phone to my scattered friends and family, taking advantage of the free long-distance telephone lines in federal offices, instead of coming up with research projects. Also, the married guys I worked with kept hitting on me, which was problematic. After almost two years in that complicated environment, I had had enough. In August 1974, within days of each other, Richard Nixon and I both resigned from the federal government. I went off to California to go to law school, so that I could actually learn a marketable skill — or be ready for the revolution, which I still hoped was coming.

Three years later, after finishing law school, I was back in the interviewing game. I applied to numerous state and federal agencies, and ultimately was hired by the California Attorney General’s Office. Although there were already a few other women attorneys there, feminism had definitely not arrived. The secretaries called all the male attorneys “Mr. ____” and all the female attorneys by our first names. Sigh. Was I the only one who was bothered by this? I was pretty militant in general, and refused to let men open the door for me or wait for me to get on (and off) the elevator first, which made them uncomfortable. On my first or second day, I was talking to my supervisor about a case, and then as I started to leave his office, he asked me to get him a cup of coffee. I didn’t say anything (I was too shocked), but I must have had a look on my face that expressed my feelings, because he immediately stammered “oh never mind, I’ll ask my secretary to get it for me.” At the interview for this job, I was asked to commit to staying three years. I said I would, because I knew I wouldn’t get the job otherwise, but in my head I was thinking “no way, I’m never gonna stay that long.” As it turned out, I stayed almost 30 years.

I discovered that I actually enjoyed litigation (it was much more fun than law school classes), and particularly getting the better of male opposing counsel who invariably underestimated me, especially in the early years. I won most of my cases, and settled the ones I couldn’t win. I also was able to take paid maternity leave three times, when each of my children was born, and to work part-time while I had kids at home, which was most of my career. It turned out to be a great job, despite the rocky beginning, and I only left when I realized that I was old enough to retire and (under the complicated formula of age times years of service times salary) still get paid as much as I earned working part-time.

I have been retired for nine years now, and I have never once missed working. Retirement is the best job ever! Especially now that I have Retrospect, to help me focus on polishing my writing skills.

5 Responses to Nine to Five