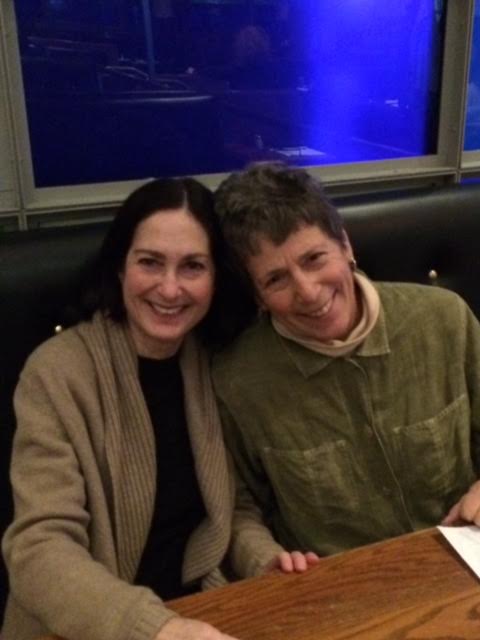 I graduated from Brandeis in 1974 with a degree in Theatre Arts and a Massachusetts Secondary Teaching Certificate. I also got married a month after graduating. Dan, my new husband, worked at a small software company in Waltham, MA called SofTech, but would start graduate school in the fall, though he continued to work part time. I needed a job. I applied to all the suburban schools near where we would live before I graduated, but heard nothing back from any.

When we returned from our nuptials in Detroit, driving through Canada for our honeymoon, I called all the schools where I had applied to teach to let them know of my name and address change. Dan’s family always had to spell his difficult last name and did it in this way: “P as in Peter, F as in Frank, A, U”. I knew I was in trouble when one administrator said, “You say your name is “Peter, Frank, Owwww!”. OY! I heard from none of the schools. I didn’t apply to Boston. A judge had just desegregated the schools and the KKK was marching on the steps of the State House. Little 5′ tall Betsy was not getting near that situation.

I read the want-ads in the paper and answered random ones, but nothing panned out. As August rolled around, I became desperate. We attended a party with lots of Dan’s fellow workers one Saturday night, including his office-mate Lelah and her husband Mike, who also worked at SofTech. I cornered Lelah, with whom I had been friendly since Dan went to work there a year earlier. “If you want to do him a favor, hire me!” She mulled this over, and told me to come in the following Tuesday (she worked part-time) and interview. She thought I might be right for the position of Program Librarian and she was hiring.

I was nervous. I knew nothing about computers, but I wore something I considered suitable for the office (which was ten minutes from our apartment) and showed up for the interview. Lelah explained the job and tested my typing skills, which were decent. She passed me over to others in the office. I had no idea what they were talking about. I came home crying. I didn’t think I was at all right for the job. Lelah called later. She apologized. The other people didn’t understand what she wanted me to do and she told me I was hired! I would make $7,000/year. Dan made that much working part-time. Still, between the two of us, we could get by.

At the same time, an offer came through from the theatre at Brandeis to be the administrator to the manager. I wouldn’t be acting, but I’d be around the theatre. It paid the same amount, but was only a nine month/year job with no room for growth. And the more I thought about it, I realized that being close to the theatre, but not in the productions, would probably drive me crazy.

I took the software job, not understanding anything about what I was supposed to do, beyond keypunching the programmers’ code. Lelah told me I was “over-educated and under-qualified” for the job, but she knew I was smart, willing, and would learn quickly. I cut off my nails and went to work the next Monday. Lelah took me out to a welcome lunch and the company of about 60 employees was a welcoming place, though I never entirely understood what they did. Much of it was Department of Defense contract work, so I got a security clearance – finger prints on file with the Waltham police.

Soon I was running the small data center, had a small staff of people who also were doing data input and I got so familiar with the code that I would recognize if a programmer had left off a semi-colon at the end of a phrase. I am very organized. But I was bored out of my gourd. In the computer room, which was very noisy, I’d sing Gilbert and Sullivan at the top of my lungs while keypunching with the door closed. I didn’t realize how loud I was until the company president poked his head in one day to tell me that I had a good voice!

I became friendly with the guy in the office next to me, the successful salesman. I watched and listened to what he did. I had a feeling I’d be good at that too, but was told a woman couldn’t sell to the military…women were either secretaries or mistresses. I took great delight in proving him wrong when, a few years later, I sold a contract to a full colonel in the Air Force at the Pentagon. But this was 1977.

These smart folks, many from MIT, started talking about software engineering and evidently a program librarian was an important part of that. There was a group working on a course on the subject with a company called Advanced Systems, Inc. out of Chicago. They developed and sold or rented video training. A course developer was coming to the office to work on the material  and would interview me. After years of doing this work I was ready to move on. I knew I would be an excellent sales person. I had the right personality, follow-through and ability to ask the tough questions. I was ready.

When the ASI person showed up that February day in 1978 he set up his tape recorder and asked me a series of questions about my job. When he asked me what was the career path for a program librarian, I turned off his recorder and handed him my resume. I was in Chicago in my first sales position two months later.

I worked in Chicago for 16 months, came back to Boston over Labor Day weekend, 1979 as a top sales professional. I am still friendly with Lelah, who took a risk on an untested girl and gave me my first job.