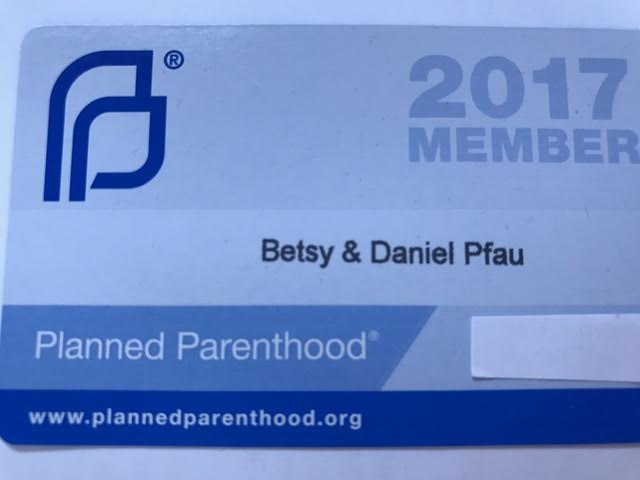 E asked what I was doing for birth control. In February of 1971 we were both freshmen in college and had both just lost our virginity. I visited her in New York City over Intersession, after my exams, before the start of second semester.

At Brandeis, all freshmen were issued a Birth Control Handbook, published and distributed by Planned Parenthood. It was our bible. But getting prescription birth control wasn’t that easy. One couldn’t obtain any from our infirmary. E had an appointment at a mid-town Planned Parenthood with the intention of obtaining a diaphragm. Did I want one also? Sounded like a good idea, but there were no more appointments to be had at that location, so instead these two nice Jewish girls went to the one in Harlem on 125th St. As we walked in, we realized we were the only white faces in the entire place, including the professionals.

The staff was pleasant and professional. We were instructed to unhook our bras. I didn’t mean to be a smart-ass, but said I didn’t wear a bra. I had taken mine off at my all-night party after high school graduation and now only wore one when absolutely necessary, as part of a costume in a play for example. It was part of my liberation, like having sex.

I was escorted into the exam room by a nurse. A doctor did a pelvic exam and Pap smear. Later, a counselor met with E and me, showed us a model of our female parts, how to insert a diaphragm, gave us each one and asked us if we had any questions. We were also told we should come back soon to check and ensure proper usage. This wouldn’t be possible for me, since I would not be back in New York. But E and I made a pledge. At this time abortion was only legal in New York and one other state in the US. She promised that if I became pregnant, I could come back to her, she would loan me the money to cover the procedure (her father was wealthier than mine) and I could pay her back slowly over time. She was, and remains, a very good friend.

When I returned to campus, my not-so-serious boyfriend had moved on to someone else. We saw each other occasionally throughout the rest of the school year and I casually dated and slept with a few others as well. Through a family friend, I found a local gynecologist to check on my usage of that diaphragm. He did another Pap smear. The results were disturbing. Class III: pre-cancerous. They called me back in and ran the test again; same results.

I touched on what transpired in my previous story Born Blue. My father noticed that I moped around the house. He asked what was wrong. I closed my bedroom door and told him that I thought I was pregnant and was going to kill myself (no way to escape to New York and my friend’s help). He told me to wait until he came home from work the next day.

We took the dog for a long walk. He didn’t believe that I was pregnant, wanted me to see his golf partner, who was an OB/GYN, but said if I was, he would try to get me a therapeutic abortion in Michigan. Failing that, he would take me to New York for the procedure. And NOT to worry about my mother, who would be crazed about everything.

I did see his friend. I was not pregnant. He gave me a shot of progesterone, which brought on my period. I left a note on my father’s night stand when my period arrived. I found the note among my father’s papers after his death. He had saved it more than 18 years. The doctor also did a Pap smear, got the same results, but a few weeks later, did a cryo-cauterization, which caused the lining of my uterus to slough off the bad cells. No pregnancy and no more cancerous cells.

Two years later, legalized abortion became the law of the land. I believe every woman should have the right to choose what is best for her in any situation, given her belief system. I don’t want others to impose their values on me, just as I would not impose mine on others. Those newly fertilized cells cannot live outside their host. They are not a human; they are not alive on their own. I know. Ten years after this story, I had an ectopic pregnancy; that is, a fertilized egg growing outside the womb. In my case, it was in a Fallopian tube. It went undetected for weeks and came perilously close to killing me. I was out of work for a month and have a long scar across my abdomen as if I’d had a C-section. I was using an IUD at the time. So spare me all the rhetoric about how precious those little cells are. My life is much more precious. I CHOOSE. I DECIDE.

Conversely, I would never choose to impose my point of view on anyone else. I respect other’s point of view for themselves. It is a personal decision. And if you don’t have a vagina, you have no place in this discussion at all!

I would not have known to do any of this had I not gone to Planned Parenthood that February day in 1971. As I recall, they charged me little or nothing for the visit. I have donated to them every year since I’ve had two nickels to rub together – in 1979 when I worked in sales and made a good living. Since the Orange Monster was elected, I’ve tripled my donation.