The Gift of Gifts, by Jesse Kornbluth by Retrospect Team
10
(11 Stories) 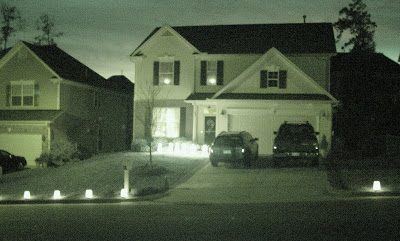 I was having a bad year.

If I were struck dead right now, how many years would the insurance buy for Beth and the kids?

Then my father died.

Then my employer became one of those companies that Amazon is about to turn into road kill, and the founders scrambled to pivot. These are guys who believe that if the employees aren’t screaming, they’re not working, which was already the case, because, months ago, they’d downsized or right-sized or whatever they call it when they want their people to work fewer hours for less money. I was a manager. I had seniority. And a salary that made me vulnerable. A few weeks ago, in the morning, they had me fire four senior staffers; in the afternoon, a stooge from HR fired me.

This left our family with one salary. And not a big one.

Beth, my wife, teaches seventh-and-eighth grade English and is head of the department. She makes $60,000 a year and even after twenty years will never see more than 70. Each year her students seem less interested in school, but Beth still cares. She starts the year by asking them: “Who writes more each day, you or the most famous writer in the world?” They have no idea. She does: “You, because you text all day. And that is the first step to being rich and successful.” They laugh. Then she asks them to put away their phones during her class. A few kids — girls in the front row, girls who sit in the front row in every class — comply. The others ignore her. Because, really, what could Harper Lee possibly matter to them?

When Beth leaves school at the end of the day, she likes to buy a thing or three at the mall. Small things. Often, little gifts for the kids or me — we have a full shelf of glasses that used to hold sea salt and ginger candles made in Minneapolis.

Our eldest son is a lovely pianist. If he hears a song once, he can play it. His brother wants to be a Tae Kwon Do master.

They quit their lessons.

When you can’t take one more thing, the law of life is that you get one more thing. We got a tornado, never seen before in our town. Much damage to our roof. Which was going to cost $10,000 to fix. We had bought home insurance with a high deductible. The cost of repairing the roof would be mostly ours.

And did I say winter was coming?

And, much more important when you have kids, Christmas.

We postponed The Conversation several times, but after Thanksgiving we ran out of excuses.

We sat in the kitchen. The table was set for three: Beth, me, and the stack of bills that we talked about like it was a person: Bill. We sipped tea in silence. As we’d learned from Thich Nhat Hanh videos, we breathed in, acknowledged our distress, breathed out, releasing it. But we felt no release.

“Can we refinance?” Beth asked.

“If we transfer the credit card debt to new cards….”

Very much yes. Because we live in a development called Windfall. And that was just what it felt like when we moved in, all those years ago — like we’d scraped some coins together and they turned out to be enough to buy a McMansion. We couldn’t believe our good fortune: five bedrooms and as many baths, a great room for a living room and a wet bar in the family room. I cut the grass every week, framed every window with colored lights at Christmas. No way could I stretch black plastic over the hole in the roof and blame an absentee carpenter.

We considered what we could sell to make up the $2,000 a month we’d need to keep current on our mortgage and whatever more we’d need to spend on the roof. We had nothing. Just the house. But in the gig economy that was the solution. Airbnb. Craigslist. Or, as our grandparents would say, boarders.

In a day, we rented two bedrooms to Greg, a lawyer from downstate who’d come to town to try a case, and Joanne, who called herself his paralegal but seemed both more and less. The third bedroom went to Gail, single, 25, a trainer at a gym and, on Sunday, a singer in a mega-church choir. The family room in the basement was a good place for Brett, just out of college and not looking hard for work — it was obvious his parents were paying for his weed.

Beth took their checks to the bank. I paid the mortgage and gave a contractor a down payment on the roof repair. That check bounced. Why? Beth had deposited just enough to cover the mortgage.

Another mystery: Why, as we sat at the kitchen table, was Beth glowing?

“Please tell me you can return whatever you bought.”

“There will be returns, but not like that,” she said. “I bought things. And then I gave them away.”

“Help me understand, Beth. Use your words.”

“John from the Bible. The only apostle who wasn’t martyred. I think I’ve got this right: ‘If anyone has material possessions and sees his brother in need but has no pity on him, how can the love of God be in him?’”

“What does that have to do with us?”

“I had no idea. But I read it on a blog and it stuck in my head, so I went to the library and looked up stories about charity.”

“To learn what — that it’s more blessed to give than to receive?”

“I’m not aware of another.”

“In the New York Times and People: Rosemary Pritchett lived with her three kids in a homeless shelter in Kansas City. All she had for income was a monthly disability check for, like, $400. And yet she had saved up, over at least a year, I imagine, $1,200. Which was how much the county was selling abandoned houses for. She bid on one. Now…on the day she made the bid, she found someone’s paycheck on the street. She could have figured out a way to cash it, but she tracked the woman down — a nurse named Cheryl Wood — and returned it. She wouldn’t accept a reward. She finally took $25 when Cheryl put it on the ground and started to walk away. And the next day — the next day! — Rosemary got the house.”

“So the house was a literal wreck. The pipes had burst, the walls were crumbling, the foundation was barely there. Cheryl came to visit and saw all that. And she went to her church…”

“Why did I know there was a church in this story?”

“…and soon Rosemary had a contractor and a plumber and an electrician. $30,000 of stuff. Free. All of it, free. And you know what Rosemary said: ‘I know if I keep my eyes on the Lord, then everything will fall in place. To me, the check was just a piece of paper that was put there to test my faith.’”

“It’s a lesson about the world. How it works.”

“It works poorly. Randomly. Except when it comes to dying.”

“Let me ask you: who’s the giver here? Cheryl, of course. But first, and more, isn’t it Rosemary? She’s black and poor and she had nothing to give — and she gave. And look what happened.”

“One story, Beth. I could find a million that says the world’s not fair and the poor get screwed…”

“You could. But this happened. And I thought: Right now we don’t have much, but we have some. And I remembered we’re having a coat drive at school, and I wanted to give one, but we had none to give. And I thought… well, you know what I thought. So I went to Costco. They had coats for almost nothing. $20. So I…”

“You bought a lot of coats.”

“Not so many. But as I was driving back to school, I passed a park and I saw people — homeless people — cooking dinner on the barbeque grill where we have the staff picnic. And the line for meals at the food bank — it’s around the block now.”

“Yes. Because it seemed important that I give until we had… less.”

“Is there any left? Or do we get in the soup line?”

“To buy lumps of coal for your family?”

The things you wish you hadn’t said. And the thoughts that follow. If I were struck dead right now, how many years would the insurance buy for Beth and the kids… If I could disappear and start over… If Beth hadn’t been wearing her “Die Yuppie Scum” t-shirt at that frat party…

And then the silence that only couples know.

The phone rang. Phil, the principal. For Beth.

Beth put the phone down.

“Jane Riley threw up her hands and walked out, and nobody wants to be assistant principal, and the job’s mine.”

In moments of stress, style dissolves into character. My character, in this story, is revealed to be brittle, clannish, committed to the reality of the seen and known. Beth’s character is finer. She sees a larger family, with invisible bonds and powers that can’t be explained. So she gave. And was rewarded.

Coincidence? Destiny? I don’t know what to think. Well, this: What a gift is a good wife.

Jesse Kornbluth is the founder and chief reviewer of the invaluable “cultural concierge” website, HeadButler.com, where his mission is to guide smart, busy people through the thicket of mediocre New Stuff and into the clearing of Great Stuff. He has been a contributing editor for Vanity Fair, New York, Architectural Digest, Reader’s Digest, The Los Angeles Times Magazine and Departures, and a contributor to The New Yorker, The New York Times, and other publications.

His books include several nonfiction books and biographies, a modern abridgement of Dickens’ A Christmas Carol, and a novel, Married Sex, which has been optioned for film.

“The Gift of Gifts” was inspired by O.Henry’s classic holiday story, “The Gift of the Magi.” To read Jesse’s comments on how it came about, click here.

5 Responses to The Gift of Gifts, by Jesse Kornbluth 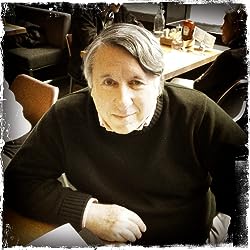