Prompted By Let's Put On a Show
4 comments. 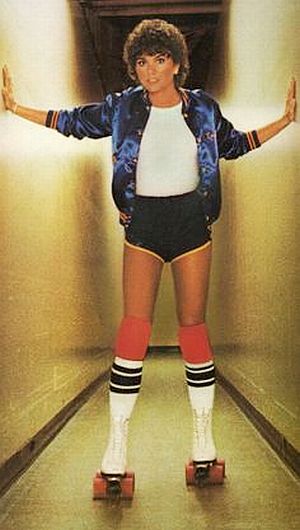 In 1978, a newly minted lawyer, I got a job with the California Attorney General’s Office. There were lots of hip, young lawyers there, since it was viewed in many legal circles as a training ground for the big-bucks private law firms. There was great camaraderie among the younger lawyers, with drinks at a nearby bar every Thursday night, an office softball team, and an office Christmas party that couldn’t be beat. (Now, of course, it would be called a holiday party, but in the ’70s it was definitely a Christmas party.) Along with dinner and dancing, there was always a show at the party, consisting of several short skits, generally political. It was written every year by two very funny and talented lawyers in the office, and acted in by lawyers, paralegals, secretaries — everyone was equal in the cast of these shows, and it was nice to see lawyers and support staff singing and dancing together.

After watching the show in amazement my first year in the office, I volunteered to be in it the next year. That year, 1979, California was abuzz about our hip young governor, Jerry Brown, who was running for President and dating Linda Ronstadt. When Jerry and Linda went on safari in Africa together, most Republicans found it really shocking since they weren’t married, but the rest of us thought it was the epitome of cool. Not surprisingly, there was a skit in the show about Jerry and Linda, and the writers tapped me to play Linda.

The skit was based on the TV game show To Tell the Truth, where there is a person with an unusual occupation or experience and two imposters, and the panel of celebrities has to guess which is the real one. The person was Jerry Brown, and then there were two imposter Jerry Browns. I remember that one of them was wearing a duck head. Each of the three Jerry Browns answered questions posed by the panel, but then before they identified the real Jerry Brown, I made my appearance.

The featured image is the picture on the cover of Linda’s Living in the USA album, which had just come out the previous year. So I was dressed like that and wearing the same kind of roller skates. The plan was for me to roller skate down the center aisle of the audience and then go up on the stage and sing. I didn’t really know how to roller skate (a deficiency of my childhood), so somebody at the back of the room with me just gave me a strong push, and I rolled all the way down to the stage. That part was easy. Climbing the two or three steps onto the stage was more challenging, but I managed to do it without breaking my neck. Then I rolled to the microphone.

My number was set to the tune of “The Great Pretender,” a song recorded by The Platters in the fifties. It was “The Great Contender,” and was about Jerry’s run for the presidency. I probably still have the lyrics somewhere, but I can’t seem to find them, unfortunately. I only remember the bridge, which went “His campaign is mostly make-believe / But even his mom is not quite that naive…” Also there was a reference to the fact that he froze state salaries, so we didn’t get a raise that year. I sang it in my best Linda Ronstadt voice, with piano accompaniment, and got a rousing ovation.

For the next year’s show I learned how to tap dance. But that’s another story.

4 Responses to The Great Pretender