There’s a cat following us. by gsbate
5
(9 Stories) From 1981 until 1987 I lived in a tiny house on Duke of Gloucester Street in Colonial Williamsburg in Virginia.  The Alexander Craig Kitchen was a reconstruction of a detached kitchen from the 18th Century.  I was allowed to have a pet.  Mine was a beautiful gray cat who came to me as a kitten so small I could hold him in one hand.

Dorian Gray was born in a large pot under geraniums in North Middletown, Kentucky.  He was the smallest of a feral cat’s litter.  My friends Tom and Ree Smart rescued him.  They bottle fed him, and he slept on Tom’s lap or chest whenever Tom sat down.  When the kitten was just old enough to eat on his own, they drove to Sharps, Virginia, a small village on the Rappahannock River for a visit with Ree’s parents.  I was there, too, because Ree was my friend from four years as college roommates.  I fell in love with Dorian and named him Agnes Gray from a novel by Anne Bronte.

I showed him off to to my friends.  My friend, Diane Dunkley, was holding and petting him when she said, “Ginger, there’s something very small here, that you obviously have not noticed.  Agnes is a boy cat.”  Name change.  He became Dorian Gray from a novel by Oscar Wilde.

Dorian grew up to become an indoor/outdoor cat.  He spent his days among the visitors to Colonial Williamsburg.  His collar marked him as owned by me.  When he grew tired of being petted and photographed, he slept in the shade in the flower bed inside the picket fence that surrounded my tiny house.  At night he was almost an indoor cat.  He meowed to go out, and a few minutes later bumped on the door to be let in again.  He did this several times every evening.  His in and out routine annoyed my friend Carol so much that she would complain or cut her visits short.  “Why do you let him do that.  Make him stay one place or another.”  I couldn’t deny him that.  It was a game.

I had a day job.  I produced a newspaper for the employees and retirees of CW and along with that became the Manager of Employee Communications.  That was a good job, but I wanted to be “in costume.”  I trained to be one of the leaders of evening Lanthorn Tours of the craft 16 shops. There was not glass in the lanthorns, only thin strips of horn. My six costumes were not the fancy clothes of the interpreters in the houses and public buildings, but they were beautifully made.  They were washed or cleaned at the costume shop.  We dropped them off and picked them up.  When I left my jobs at CW, I cried when I turned them in for the last time.

Two nights a week I would meet my group of visitors at the Court House and lead them on a tour of four of the shops.  I told them about each craft for about 25 minutes and then led them back to Court House.  There could be as many as ten of us leaders out leading tours. At every shop there were caretakers who locked and unlocked the shops and kept a watch for stragglers and occasional “souvenir” takers.  They were there for security.

Dorian followed me on most of my tours.  He waited outside the shops.  Many of the caretakers knew him.  But the visitors often told me that a cat was following us.  I told them he was mine, and he was a Duke of Gloucester resident.  On those tours, he was not very open to petting.  I think he was along as my security.

I moved to California, and Dorian went along for the drive across country.  My fiance, Simon, and I sneaked him into motels. He liked to climb upside down under the bed frames.  He slept with us.  We took him for walks at rest stops .  He did not like his leash, but he liked being out of the car.  He had a “cat fit” only once on the trip.  The noise and lights of Houston were too much for him.

Dorian was happy in California.  He had a cat door so that he could go in and out whenever he wanted.  There were tree rats, and he loved chasing and catching the small ones. Don’t cringe; they were “tree” rats.  The only two I ever saw were the gifts he brought to us.

We lost him either to intentional poisoning by a mentally disturbed woman from a few blocks away who had a reputation for tossing poison into yards, or from the antifreeze the young guys next door spilled in their driveway.  Our veterinarian called me the next morning and asked me come to his office.   He said, “The kitty didn’t make it.  Do you want to tell him goodbye?  He is buried in a big cat cemetery somewhere near San Jose.  He shares a grave with many other cats.  The young guys next door were devastated. They liked him.

We have two beautiful cats now, Callie, a calico, and Pixel,a tuxedo cat.  I love them.  They have very distinctive, delightful personalities.  But when i think of Dorian, I still miss him. 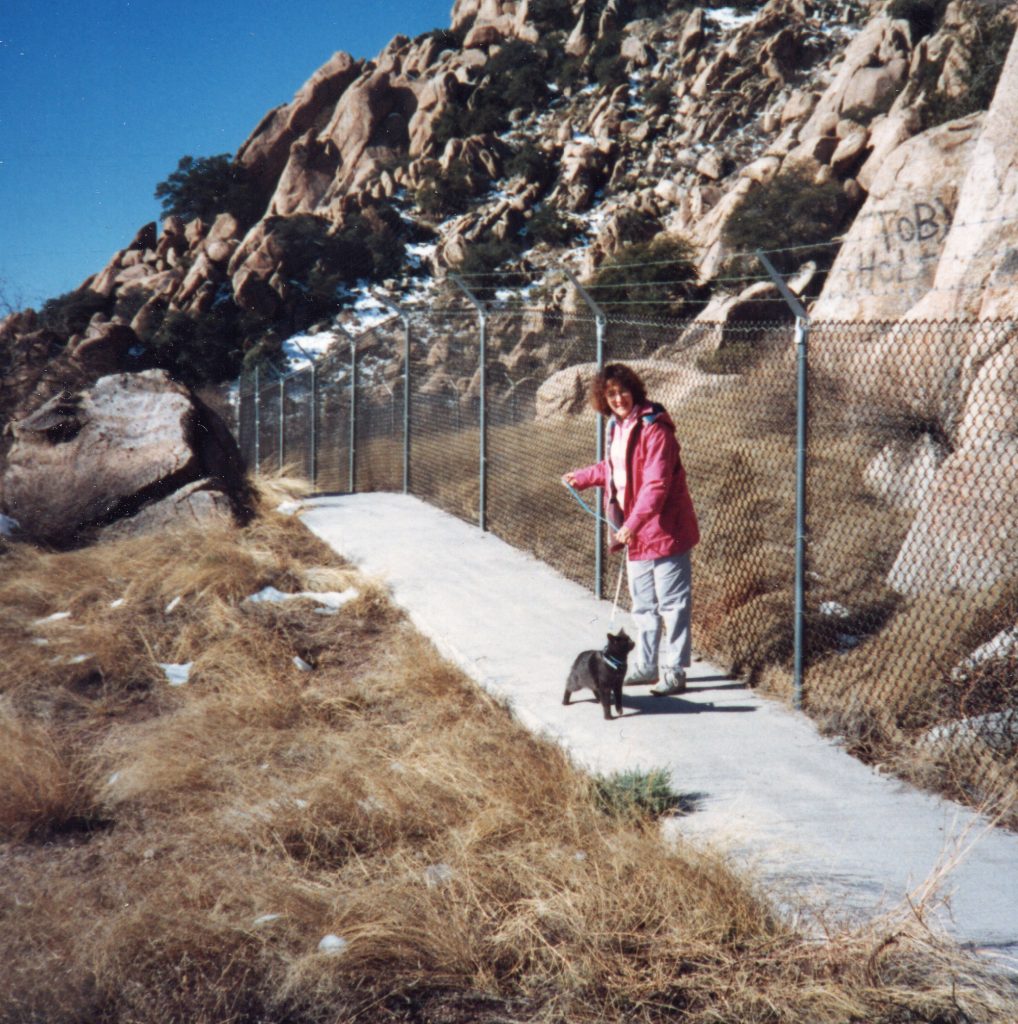 3 Responses to There’s a cat following us.