Prompted By My First Apartment
8 comments. 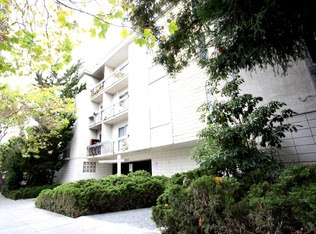 I couldn’t wait to move out of my parents’ house after high school. I had decided to take what is now referred to as a “gap year,” and got no end of flak from my parents about it. I went searching for a job so I could make the first and last months’ rent for the apartment I would share with my sister and two other young women, just blocks from the UC Berkeley campus. Once I landed my only option for employment as a telephone operator in San Francisco, I packed up my stuff and moved. If I recall correctly, my share of the rent amounted to $57.50 per month. Or maybe that was the quarterly tuition I paid when I went back to college after my full-time work experiment ended. Either way: ridiculously cheap.

For the first time in several years, I once again shared a bedroom with my older sister. Our two twin beds barely fit into the small room. How did we ever share a closet again? The other bedroom was occupied by a succession of young  women over the short 18 months or so I lived in the apartment. One woman used our address as more or less a mail drop as she lived almost full time with her boyfriend. She was “never home” when her parents called on the landline. The first time I met her: in the morning on New Year’s Day, shortly after I moved in. She came out of her room wrapped in a sheet as we both ran to answer the phone at the same time. Quite an introduction!

When my boyfriend came to visit, we would move my mattress into the living room for “privacy.” He wasn’t the only gentleman caller I had in those days. One unwelcome visitor: an ex-boyfriend I really didn’t want to see. I left a “drop dead” note taped to the door and refused to let him in. A guy I’d really liked one summer came to visit and walked in on us while my boyfriend and I were in bed. I did the “pull  the sheet up” thing women do in the movies as he draped himself in the doorway with a big grin on his face. Unfazed, he stood there and shot the breeze for a few minutes. Awkward?

Though I have tried while writing this, I cannot recall the everydayness of that time: where did we shop, who cooked, when did I leave and come home each day–things that fell into a routine. I have no pictures of the apartment either. The two I have here I found on Zillow! That tiny kitchen with its electric stove! I do remember that my sister and I went on the then-popular “grapefruit diet” for a couple of weeks. I wonder if anyone else tried this one:

Examples of the meals include:

Neither one of us could look at a hard boiled egg for quite some time. My daily on-the-way-to-work custard danish, those bags of M&Ms during my breaks, and the delicious cafeteria cherry pie were to blame for the extra pounds. My sister, always the skinny one, must have gone on the diet with me to offer moral support. But happily, I did lose weight–if only temporarily.

One of our roommates happened to be a true flower child. She kept pot plants on our back patio and had several mysterious containers scattered in the fridge with “DO NOT TOUCH!” notes taped to them. When there was a rumored raid in the building one day, another roommate dumped the contents of these containers down the sink. We locked up and left the building and ran into several other tenants around the block while we waited for the narcs to leave. The containers may have held homemade yogurt, but we could not confirm this.

The building had a dark, dank laundry room down in the garage. Someone began stealing our underwear out of the dryers. We never found out who it was.

One of our roommates worked at the local Copper Penny restaurant. She would go off to work in her unflattering brown uniform, returning in the evening to spend time doing her side hustle of tutoring a stream of international male students. She told us that her mother had been a contestant on the old “Queen for a Day” show–and won! What she’d asked for was a pair of artificial limbs for her younger daughter. Our roommate’s sister came over for a small gathering, and became so comfortable on the couch that she took them off and stashed them under the couch, with toes pointing up Wicked Witch under the house style. An unforgettable moment, for sure.

Another roommate, a few years older than I, seemed way more grown up. Organized and neat, she had a personal maintenance schedule that really impressed me: laundry, haircuts, shopping, personal grooming–all done right on time with no last minute scrambling– my trademark in those days.

I may be leaving one or two roommates out. There really was a revolving door in the other bedroom. We all had guys come over and I believe there were a few dinners or parties. I recall that one of us made a chocolate cake so rich, my roommate suggested that the best time to eat the rest of it could only be in the morning, with coffee. This was a valuable tip.

We made it all work: sharing a small space with people we wouldn’t have met otherwise, learning some limits, setting some boundaries, sharing one tiny bathroom with three other people and visitors, keeping the space relatively neat and clean, and having some fun in the process.But eventually the time came for me to move out. My next step? Sharing a one-bedroom apartment with a friend who had started dating my ex. That’s a whole other chapter…

The building at 2725 Haste is still there, probably full of students holding down part-time jobs like we did back in the day. I hope no one steals their underwear.