Prompted By My First Apartment
11 comments. 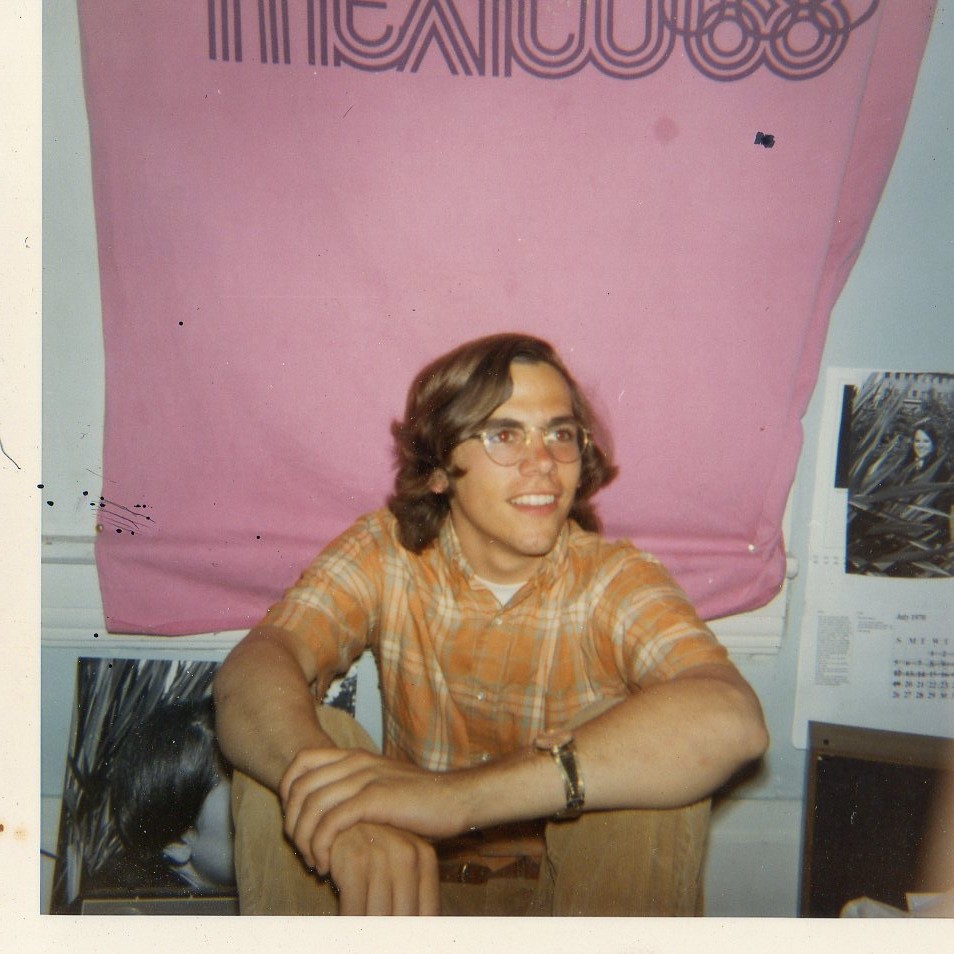 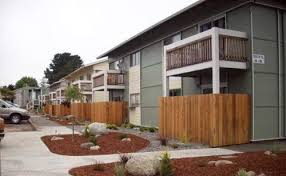 Arcata Commons, where I rent my first apartment.

Terry comes charging through the front door spewing tears and rage. “Janet just broke up with me!” he howls. And with one long wave of his arm, he sweeps dozens of beer and wine bottles off the kitchen counter and sends them crashing to the floor. The party grinds to a cheap, ugly close.

I’m 18, a month shy of 19 when I rent my first apartment. At Humboldt State, 300 miles north of San Francisco, it’s de rigeur to move off campus after freshman year in the dorms. And so, with three others I find a two-bedroom furnished unit at Arcata Commons.

Our rent is $180 for two bedrooms, $45 per person. Our apartment, 10D, is utilitarian and mostly inoffensive: modest living room, kitchen and dinette where our menu varies from spaghetti to Mrs. Paul’s Fish Sticks to Hamburger Helper to Kraft Macaroni & Cheese. I still remember how much macaroni & cheese cost at the local Safeway – 19 cents a box.

It’s a heady time to be a college student. During that summer of 1969, just before we rent the apartment, Apollo 11 lands on the moon; the Woodstock Festival unfolds in upstate New York; the Manson gang slays Sharon Tate and four others in Beverly Hills; Ted Kennedy receives a two-month suspended prison sentence for a fatal car accident in Chappaquiddick, Mass., and the Stonewall Riots erupt when police raid a gay bar in New York City.

The war in Vietnam rages on, thanks to the oily, much-despised Richard Nixon. I’m passionately, righteously anti-war, but when I look back I’m embarrassed at how lazy and unserious I was in regard to my studies. During those first months at 10D we party all the time and flip the weekend fun switch as early as Thursday night. Six-packs of beer, gallon jugs of Red Mountain rotgut, and bags of Mexican weed that sell for $10 an ounce and mostly contain stems and seeds.

One night my roommates and I host a Friday-night blow-out. Twenty or twenty five people show up. The Beatles’ just-released “Abbey Road” album is playing. Cream’s “Wheel of Fire,” the Rolling Stones’ “Beggars Banquet” and Jethro Tull’s “Stand Up.” Indian-print blankets hang Bedouin-style across the living-room ceiling. Some scented candles, psychedelic posters.

The party’s been roaring for a couple of hours when one of my roommates, Terry (not his real name), comes charging through the front door spewing tears and rage. “Janet just broke up with me!” he howls. And with one long wave of his arm, he sweeps dozens of beer and wine bottles off the kitchen counter and sends them crashing to the floor. Huge clatter, mounds of broken glass. The other roommates grab Terry before he can wreak more chaos, and the party grinds to a cheap, ugly close. 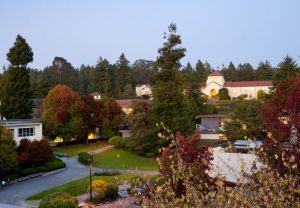 Drunken histrionics aren’t the only problem with Terry. Each morning after showering he clears his sinuses by snorting loudly and at length at the breakfast table. One weekend as the four of us settle the grocery and phone bills, he loses his temper and shouts, “Holy shit! We’re fighting over nickels and dimes like a bunch of Jews!”

Thank God for Bill. A friend from freshman year in the dorms, Bill is a reserved, soft-spoken longhair who grew up not far from my hometown of West Covina. Our politics align, he’s got a cool sense of humor and sometimes we sing together as he plays Beatles songs on his guitar. “Run For Your Life” from “Rubber Soul” is the one I remember best: “Catch you with another man, that’s the end’a, little girl!” 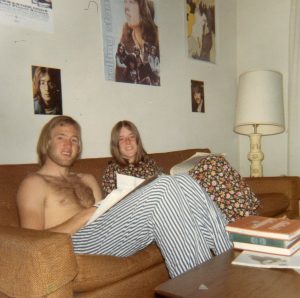 Apartment 10D: Roommate Robby with his girlfriend. Beatles, Rolling Stones and Toulouse-Lautrec posters on the wall.

Terry and his friend Cliff move out a few weeks after the night of shattered glass, and Bill and I find new roommates who bring their own brand of oddness — but thankfully none of Terry’s lurid adolescent drama. Effervescent, barefooted Robby moves his bed into the living room and tents it with an American flag, creating a little love chamber for himself and his girlfriend Nora. The other guy, pathologically shy, barely says a word until one night he gets drunk and describes in detail the night he hired a hooker in Nevada (“I felt sorry for the poor girl”).

Nineteen is an age for dumb mistakes, and I make more than my share. For April Fool’s Day, I place a phone call and in a forlorn voice say I’ve been busted and booked in county jail. The roommates and neighbors all panic and flush their weed down the toilet. When I shortly reappear wearing a “April’s Fool” grin I become persona non grata for at least a week.

The first time I drink wine it’s the aforementioned Red Mountain, a vile swill that’s popular because it costs just two dollars a gallon. I know nothing about drinking wine — certainly nothing about moderation or how to pace myself — so I pour a glass, add ice cubes, then another glass. And another. Four or five altogether.

That nasty venom sneaks up on you. The other guys suggest walking to the campus where a band is playing, but I only make it two blocks before I stumble and splay out in a vacant lot. “You’re a walking bust!” one of them laughs. Somehow I make it back to 10D, start puking in the toilet and spend the rest of the night on the bathroom floor watching the room spin. Retching, shivering, convulsing with dry heaves. The horror of that night still affects me. To this day, I don’t enjoy wine. 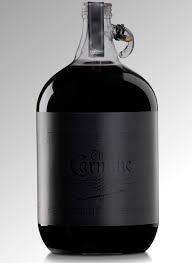 A jug of red wine. Still get queasy thinking about that night.

The year I spend in Apartment 10D, I also lose my virginity, declare a Journalism major and get involved in a large campus-wide strike following Nixon’s May 1970 bombing of Cambodia. The strike unifies the campus, gives everyone a shared purpose. By the end of the spring quarter I’m so comfortable in Arcata that I spend the summer there instead of going home to smoggy West Covina.

But first my roommates and I have to close out the apartment. We’ve heard it’s dicey getting back the cleaning deposit, given that management’s hard-nosed agent concocts any excuse not to refund. I still remember the creep’s name: John Dyer. I’m the last to vacate, so I’ve inherited the task of dealing with Dyer.

He struts in, officious and intimidating. Peers into the stove and fridge, inspects the bath and living room. “These drapes have to be cleaned,” he announces. “I can’t refund your deposit.” I argue the case, but with no photos proving the condition of the drapes at the time we moved in, I have no recourse. Welcome to the real world.

A lot of this story, I realize, is what Carrie Fisher called “bad reality/good anecdote.” But here’s the upside: I’m still friends today with Bill the soft-spoken guitar player, as well as Pam and Katie and Pat, friends who lived in the Arcata Commons the same year I did. We laugh and sometimes cringe at the memories of our unfinished, embarrassingly naive teenage selves.