A Seder Celebrating Sacrifice and Safety by Marian
100
(134 Stories) 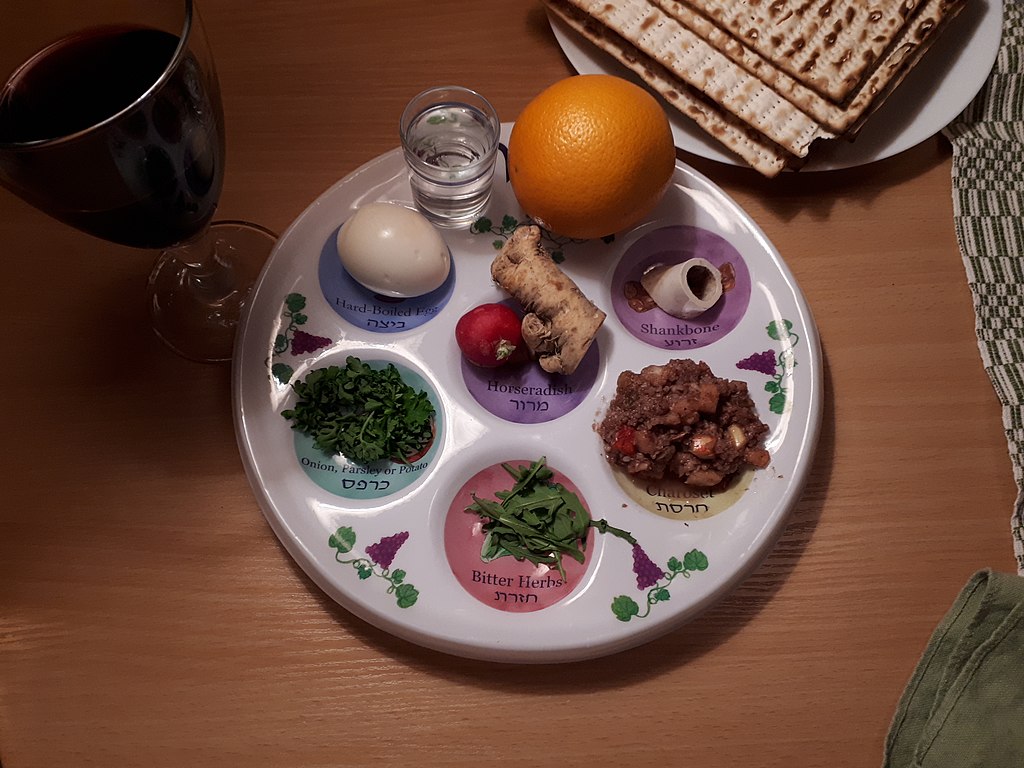 One of the most memorable Seders I ever attended took place 50 years ago this month. It’s hard to believe so much time has passed, and how different life has become this year. Remembering this Seder gave me appreciation for what we had, and also hope for a rebirth of a better life after COVID-19 has subsided.

I have no memory of what we spoke about but cannot forget the image of this wonderful woman, now frail and with hands gnarled and arthritic, and her family's fortitude and selflessness.

During the 1960s and early 1970s our extended family took turns hosting Seders. In 1970, when I was 16, it was my mother’s cousin Joe’s turn, and we drove from New Jersey to Spring Valley, New York to be there. Joe and his wife Betty, and their children, my second cousins Len and Jeanne, always put on a great production. Their home had classic hippie decor, even though Joe and Betty were on the older side for that sort of thing–pleasantly mismatched and disheveled.

I loved being at their Seders because they invited friends of the family and their children as well, so the house was packed with as many as 30 guests. In this chaotic environment, I can’t figure out how the food actually came out when it did in the order it needed to, but somehow everything would fall into place.

Joe, who had been educated at a New York Yeshiva as a child and had lived in Israel for a time, led the service with a lot more Hebrew than my immediate family could appreciate. (See more about what Joe has been up to recently in my story Joe Beats Google, Both Win.) Betty also had excellent Hebrew. Born in Holland, after World War II she emigrated to Israel, where she’d met Joe. Joe didn’t like to skip much of the service, so it would be a long evening.

As the oldest child in attendance, this particular year was a relief for me because I got a seat at the main table, mercifully away from the kids’ area, where my cousin Len would get restless and tease my younger brother Allan. Len eventually put all that excess energy to use and ended up with a career in emergency medicine.

As I took my seat at the main table, three women whom I didn’t recognize entered the room. Two were tall and blond, and they helped the third, older and white haired, walking with a cane, to a seat right next to me. Betty entered and stood behind the older woman. “This is Tante Celia,” she said, “and these are her daughters, my hiding sisters. They have arrived from Holland.”

I gasped, having heard the story a few years before. These brave non-Jewish women risked their lives to hide Betty and her mother, almost identically to Anne Frank, in their Amsterdam attic during the war years. And now they were at our Seder. Betty had always referred to Celia as her aunt (Tante) and the daughters as hiding sisters. Tante Celia didn’t speak English, and I didn’t speak Dutch, but somehow we managed to figure out that we both spoke French and were able to converse. I have no memory of what we spoke about but cannot forget the image of this wonderful woman, now frail and with hands gnarled and arthritic, and her family’s fortitude and selflessness.

The Seder itself was long and wonderful. When it was time to hunt for the Afikomen,* my littlest cousin Jeanne found it, to the consternation of her older brother. At dessert time, one of Joe’s friends offered me a glass of slivovitz.** I took a swallow and that was enough–liquid fire went down my throat.

This year we had our Seders without the communal contact of the past, but I can’t forget the Seder when I met Tante Celia. Her sacrifice and Betty’s experience, so much more harrowing than what we are going through now, inspire me to be strong, do what I can, and look forward to a time when we have both safety and our freedom. That’s really what Seders are about.

*A portion of matzah removed from the Seder plate and hidden somewhere in the home, usually by the service leader. After the main meal, the Seder can’t continue until it is found, and the child who finds it usually bargains its return for money or a gift.

**Very high-proof plum brandy common in eastern Europe. Often used for Passover because it is made without grain.

11 Responses to A Seder Celebrating Sacrifice and Safety

May Day is Lei Day
by Barbara Buckles