Gustav and the Rugrats by John Zussman
50
(84 Stories) 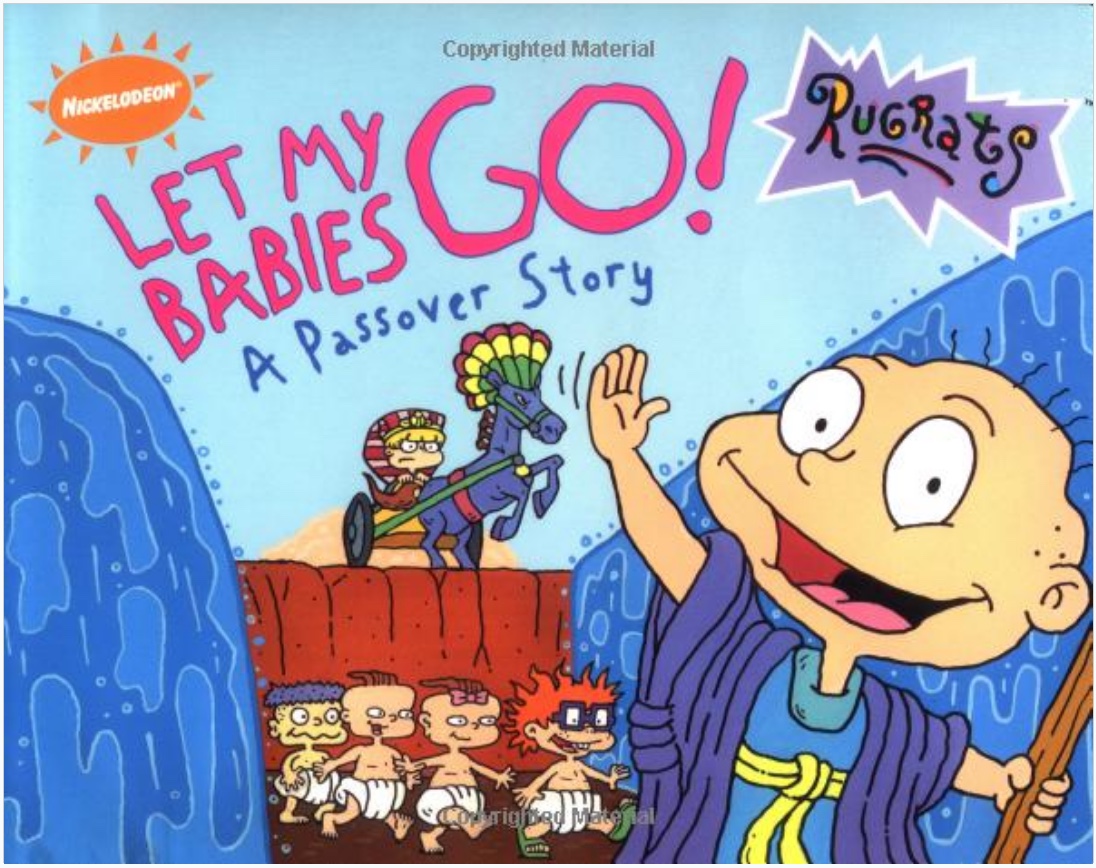 The Redwood Symphony is an ambitious community orchestra, based in Silicon Valley, that never shrank from a challenge. Under the baton of Maestro Eric Kujawsky, its repertoire extends into territory that most community orchestras fear to tread, such as the cycle of symphonies by Gustav Mahler. But the challenge they attempted in spring 1999 would prove daunting even for most professional orchestras: Mahler’s epic Eighth Symphony, nicknamed “Symphony of a Thousand” for the prodigious forces required: an augmented symphony orchestra, seven vocal soloists, a children’s choir, and not one but two four-part adult choruses, which sing almost nonstop over the hour and twenty minutes of the work’s two movements. For that reason it’s rarely performed, so when Patti and I were recruited to sing in the chorus, we (like most of the other singers) were learning it from scratch.

The performance was in early April, and one required rehearsal conflicted with the first night of Passover. No big deal to Patti and me, but it mattered to our friends Peter and Janet, who played oboe and cello in the orchestra, respectively. They would otherwise have been celebrating Seder with their four-year-old son Michael, who instead was home with a sitter. 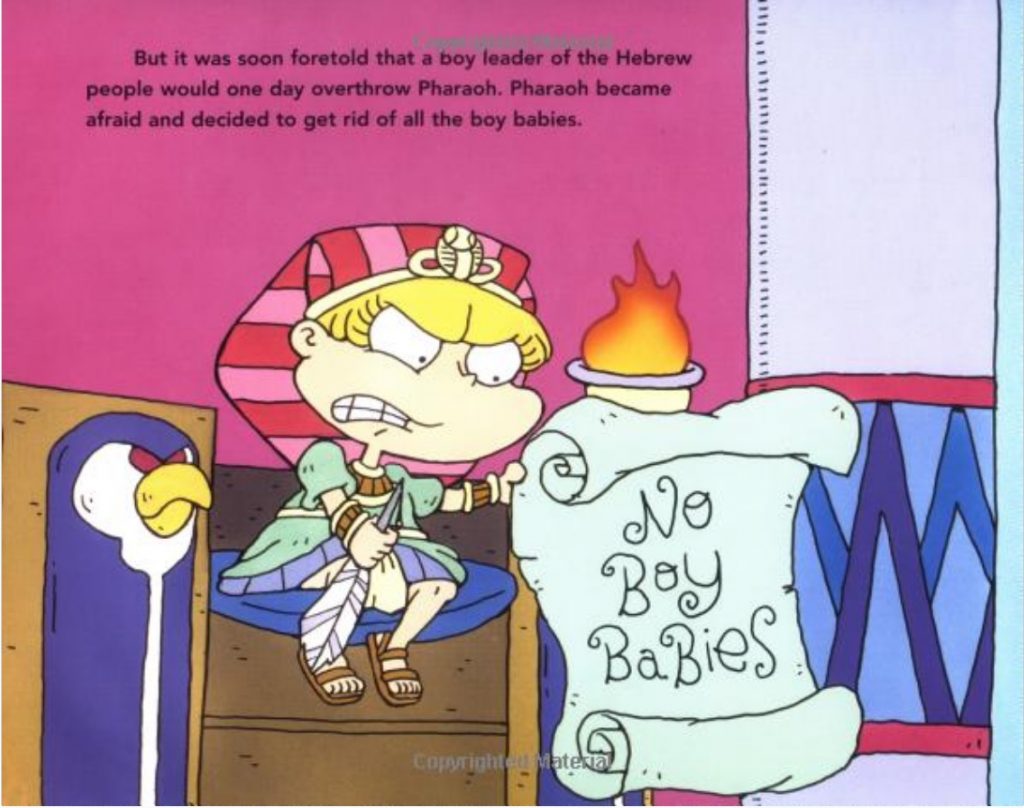 Michael was a big fan of the Rugrats cartoons, which gave Peter and Janet an idea. So at our rehearsal break, the four of us clustered together in the “band room” and called their sitter at home. (So those of you who celebrated virtual Seders in this year of COVID-19: we had you beat by 21 years.)

Our Haggadah for the evening was Let My Babies Go!, a children’s book in which the Rugrats imagine they are Moses, Miriam, Aaron, the Pharoah, and all the other Passover characters. Based on an episode of the cartoon show, it attempted to retell the Passover story within the attention and comprehension span of a preschooler.

Our break was only 20 minutes, so we had to move fast. The details are a little fuzzy at this point, but I remember we recited the blessings over wine, bread, and our gathering. We drank at least one cup of wine (or was it grape juice?) and ate a “Hillel sandwich” of matzo, haroset (fruit and nut paste), and bitter herbs. Michael asked the Four Questions (their daughter, with whom Janet was pregnant, being a tad too young). We sang Dayenu, with Patti and me trying our best to conserve our voices. 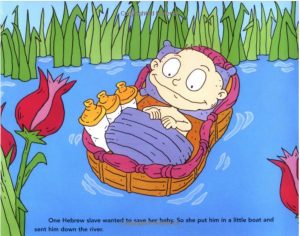 We raced through the Seder, struggling to hear and be heard through the tiny speaker of a ‘90s-era cell phone over the din of musicians practicing their parts. I marveled at how many of the highlights we could include, and how, with the book’s help, we actually captured the essence of the story in such a short time. (Too bad the Rugrats weren’t around when my grandfather was conducting his four-hour all-Hebrew Seders!) And by the time a bell rang and we made our way back to rehearsal, sated with matzo and grape juice (or was it wine?), we had all learned an important lesson (as Dave Barry did not say):

Gustav and the Rugrats would be a good name for a rock band.

14 Responses to Gustav and the Rugrats

Passover Present and Past
by Laurie Levy