Prompted By Be Careful What You Wish For
4 comments. 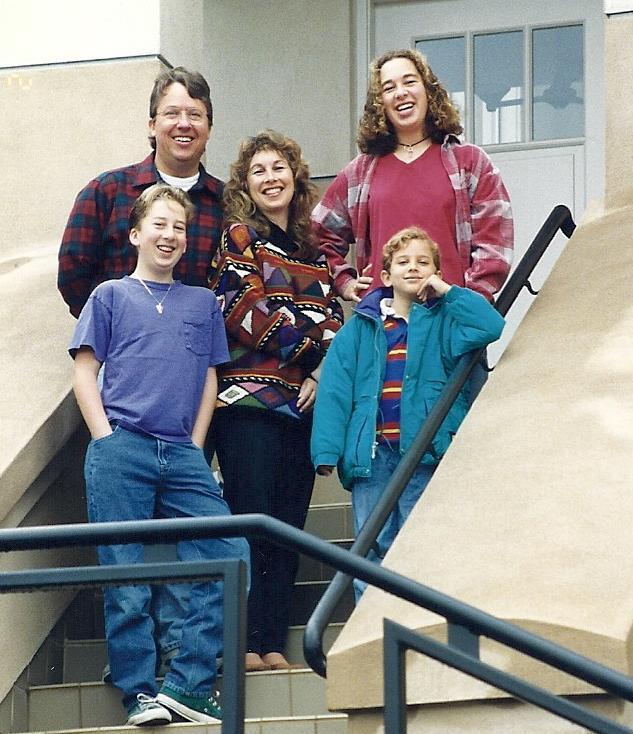 When my husband and I bought our first house after years of being renters, we were excited but a little bit terrified. The night before we made our offer, neither one of us got any sleep. We had looked and looked, and then one day the mother of one of our daughter’s kindergarten classmates told me she was putting her house on the market. “Why don’t you come and take a look?” she asked. “It’s the blue one across the street.” So we looked at the house, took a deep breath, and decided to proceed.

Our family of four–which included our three-year old son, six-year old daughter, and two cats–moved into the big blue box of a house in February of 1984. The house was perfect for us in terms of size and location (right across the street from my daughter’s elementary school), but less than perfect in others. A few examples: the clashing wallpaper in the entryway and powder room (1970s-era day-glow orange and lime green flowers which competed side-by-side with a busy pink and green floral pattern), the Noah’s ark wallpaper and dark blue trim in our son’s room, and the eye-crossing plaid on the walls of our daughter’s room. The master bedroom was significantly orange: the color of a ripe cantaloupe, with pumpkin trim. The carpeting on the stairs looked like banana bread gone past its use-by date, and the dark wood cabinets in the kitchen created an air of gloom in the confined cooking space. There were other things, too, which we made mental notes to change later on. Yes, the house was perfect, and we decided to change everything.

After five years in the house, with new wallpaper calming things down a bit, we decided to remodel the kitchen. When our third child was born, we added another bedroom and a family room for our growing family. We replaced the flooring in the entryway, and added some lovely wallpaper in our dining area. The house had become ours, and we’d survived two remodels with no real drama. And at this point, we began to wonder what it would be like to build a house from the ground up–to plan and build a house from scratch instead of tweaking and re-doing what we had. But we lived in an area where there wasn’t much available property to build on. Still, my husband and I allowed ourselves to daydream about a house we could truly call our own creation. We wished for the chance to build that house someday.

And here’s the be careful what you wish for part: in October of 1991, our now nearly-perfect house burned to the ground. Not just our house–over three thousand homes were lost in the Oakland Hills fire that raced down the hills, jumped the freeways, and devastated the entire area. We left almost everything behind, just taking photo albums and a few other things of sentimental value.

Once we realized our situation–that our house was reduced to ash and rubble— my husband and I agreed that we wanted to rebuild on our same lot. We would be starting from the ground up, but not in the way we had imagined. 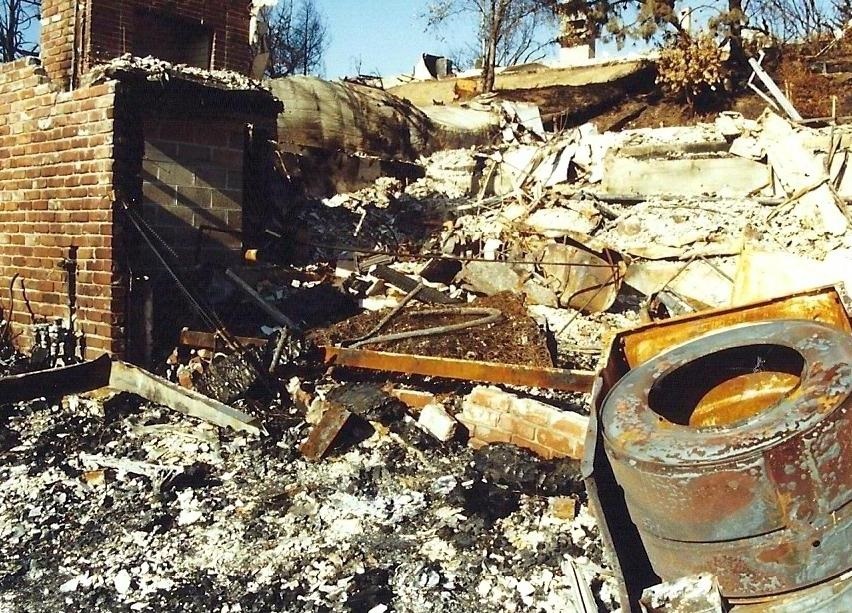 I know my wish to start fresh and design a house to fit our family’s needs had nothing to do with what happened. I’d never have wished to go through the process of building in the aftermath of such a loss. The way I’d imagined it, creating a plan for our custom-built house would be undertaken at a leisurely pace, with plenty of time to do research and reflect on each individual choice, down to the drawer pulls, doorknobs, and light fixtures. I had a friend who took a year choosing her bathroom tile, and I knew I would not have the patience or wherewithal to dither at such great lengths over such a thing myself. On the other hand, making snap decisions was never my strong suit.

But when we lost our house, we had to scramble: to find a place to live, to furnish a rental house, to start picking up the pieces. Once we decided to rebuild on our same lot, we began by talking to the contractor who did our kitchen remodel, who recommended an architect, who guided us gently, but firmly, toward building the house we wanted. The process of rebuilding was far from leisurely; it was a moderately paced progression of construction that saw us back in a home we loved by February of 1993.

So, yes, be careful. In our case, we did get the home we wished for, but it came with a price–and a lesson: arising from the ashes, with feelings of loss and sorrow–but built on a strong foundation of resilience we didn’t know we had. 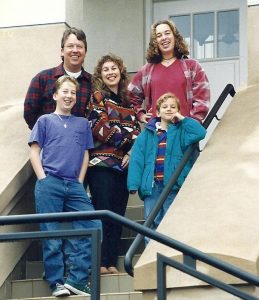 4 Responses to A Wish Fulfilled. . .The Hard Way