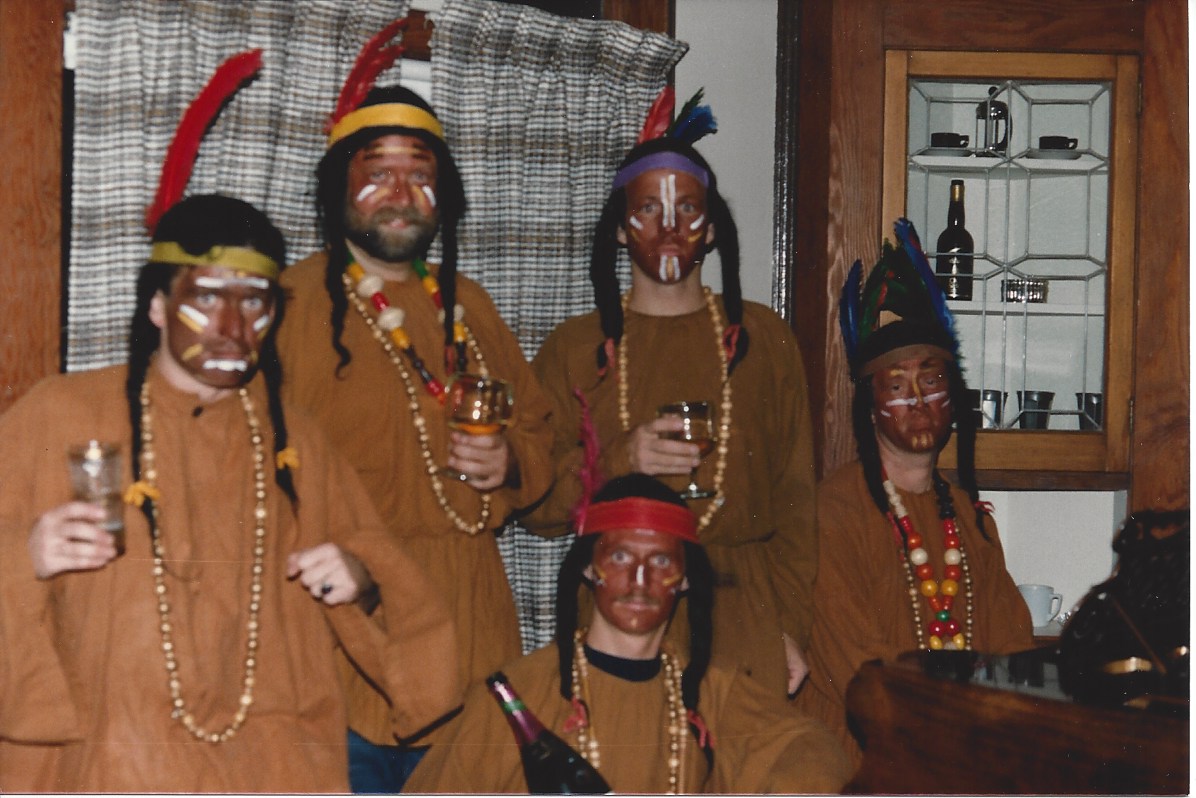 I barely remember my childhood Thanksgiving celebrations, which is odd since I have a good memory of those years. It’s probably because they weren’t all that different from any random Sunday night at my house, just with more food. I do have a vivid recollection of my mother getting up before dawn and prepping a huge tom turkey to get it in the oven early for the requisite all-day roasting. That was the best part—the scents of the bird and pumpkin pie filling the house. The anticipation as we lounged around all day watching the Detroit Lions lose (usually) to whomever they were playing that year. Maybe we’d throw the football around in the yard for awhile, and sometimes we’d visit the cousins, but mostly it was a day for sloth. Except for the women who did all the work. Snark.

One year the Native Americans even showed up.

Fast forward decades. In our thirties and across the country from our families, we hung out with an artsy crowd, many gay, single, or married with no or very young kids. We created our own family on Thanksgiving, consisting of anyone who didn’t have anywhere else to go—we all got together at someone’s home. We only needed an oven and a piano and we were good to go. All traditions welcome, just be ready for the friendly ridicule. Oysters in stuffing? Creamed onions? Fresh cranberry sauce? “But it’s not Thanksgiving without cranberry jelly out of a can with the rings around it,” according to someone. (You know who you are, Louis.) So of course we had both.

The best part? There was no football at these parties, unless of course the 49ers happened to be playing that year; we’d make an exception for that. The art was what brought us together, the singing and playing and poetry reading. The communal cooking and drinking and getting high. We became, for a night, an ad hoc family of friends and friends-of-friends—without all the fraught family baggage. We never went around the room offering what we individually were grateful for; it was obvious: We chose to be there. With Brahms and Bach, Cole Porter and Hoagy, Tom Lehrer, the Graceful Ghost, and no doubt the Hallelujah Chorus for good measure.

More decades later and traditions evolve, but karaoke at Thanksgiving? Not for me.

Giving Credit Where Credit Is Due
by Arthur Breur, Composer